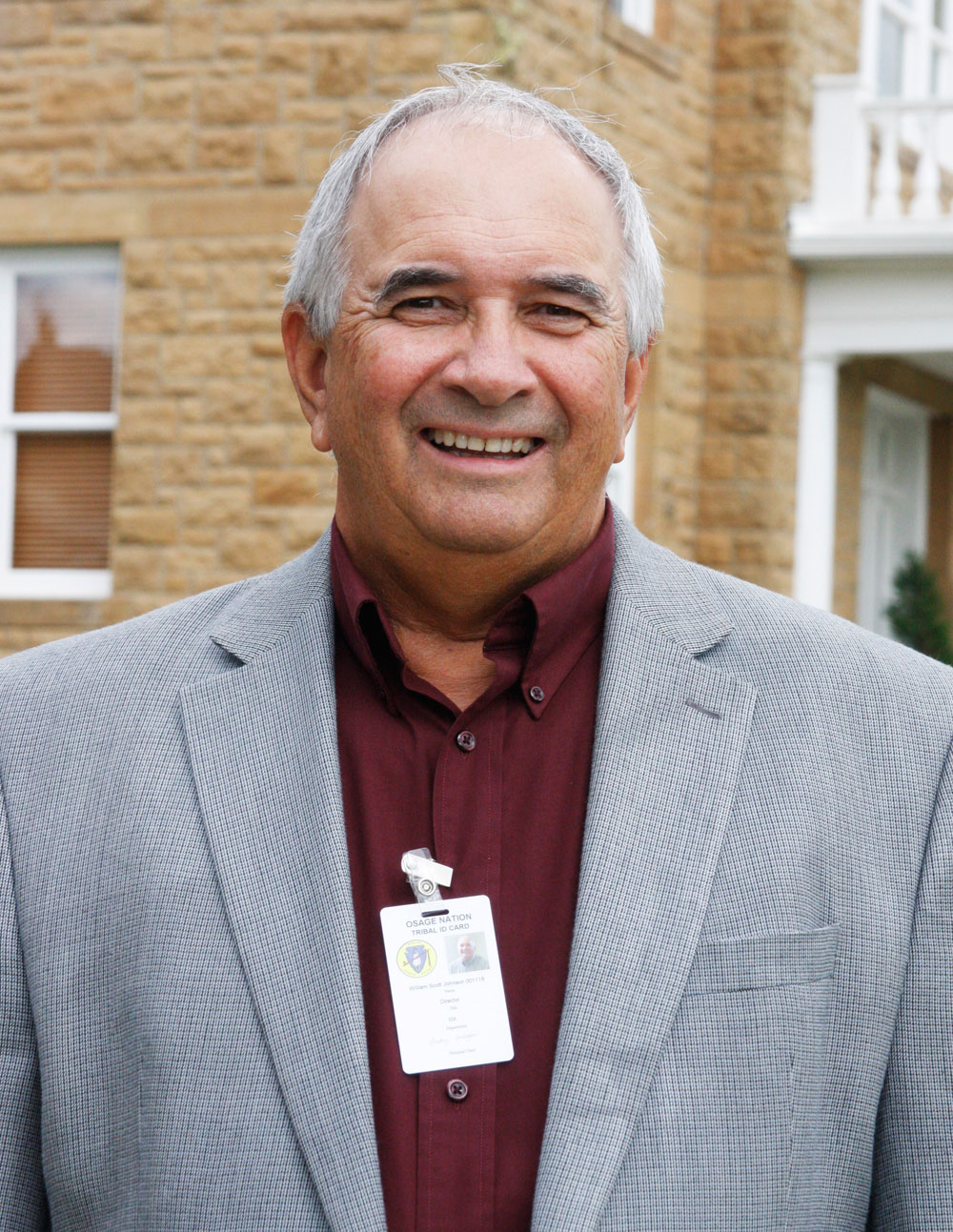 Scott Johnson may be used to running Human Resources for more than a thousand employees in the private sector but the Osage Nation is unchartered territory for him.

“Human Resources is really human resources, we follow policies, procedures, we listen to the employees, we work for the employee. But being in government is a lot different than the private sector,” Johnson said. “So I have to keep checking if I have the right policy and procedure. But to be quite honest, if the employee or supervisor has a concern, to be able to sit down and counsel them, help them work out an issue, it doesn’t matter where you work. If you help the employees come through the issue, that’s what it’s all about.”

Johnson was hired away from the CertainTeed corporation, headquartered in Valley Forge, Penn. The company has nine different plants throughout the United States and Canada. According to their site certainteed.com, they are the leading North American manufacturer of building materials including roofing, vinyl siding, trim, fence, railing, decking, insulation, gypsum, and ceilings products. Johnson managed their HR as well as Environmental Health and Safety for their roughly 2,000 employees.

“The Osage Nation is very fortunate to have Scott Johnson as the new Director of Human Resources,” said Principal Chief Geoffrey Standing Bear in the release. “Mr. Johnson was born and raised in Skiatook, Oklahoma and graduated from Skiatook High School. He is a proud member of the Osage Nation. He has been married 43 years to his wife Carol and they have four children and two grandchildren.

“The Director of Human Resources is one of the most important positions within the Osage Nation,” Standing Bear said in the release.

Johnson received his bachelor’s degree from Oklahoma State University. His background in HR includes training and development, workers compensation, benefits, health, safety, environmental, employee and labor relations. He is also a member of the professional Society of Human Resources Management, according to a prepared release from the ON Executive Branch.

Johnson’s first days on the job were spent becoming familiar with the Nation’s offices, departments and policies and procedures. As HR director he will oversee approximately 480 full-time employees and about 20 part-time employees and temps.

He said his style of management is making sure employees voices are heard, he calls it the “Voice of the Employee.” At CertainTeed he said he always made sure to sit down, one on one, with about 20 percent of the employees at each plant to hear their concerns with their jobs. He always wanted to make sure they felt they could come to him with a problem and he wouldn’t let their problems get swept under the rug.

“Our people are our No. 1 asset and we need to make sure we represent not only the Nation in all we do but our people,” Johnson said. “We need to abide by policies, procedures, ethics of the organization, that’s everything we have to do out of the HR office.”