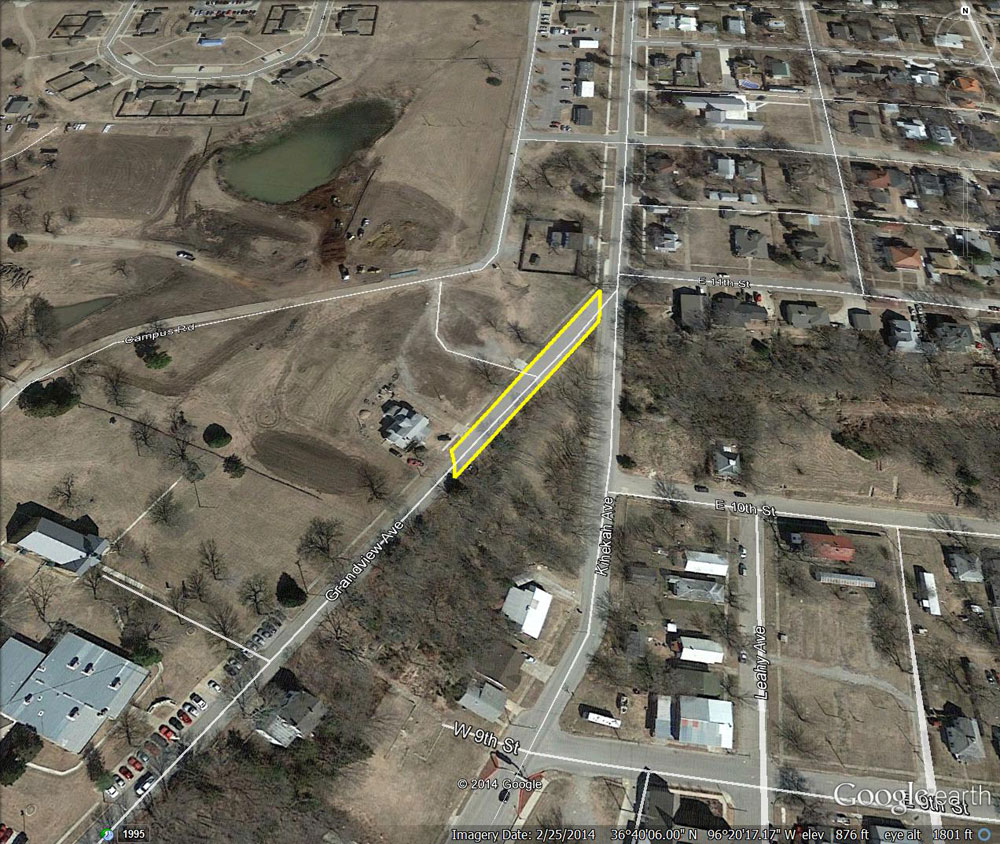 Plans to build the Osage Nation’s campus master plan with a roundabout intersection will continue despite no interest from Pawhuska city leaders to close a section of Grandview Avenue as part of the project.

On Sept. 29, the Pawhuska City Council held a public meeting to hear input regarding the proposal to close Grandview at the top of “the hill” where it intersects with Kihekah Avenue before continuing south past the current ON campus buildings and the Osage County Courthouse before ending in front of City Hall.

That evening, the four-member City Council took no action and remained silent when the opportunity came for motions to pass an ordinance to close a section of Grandview at Kihekah for the project. The proposal to close the road died, therefore, for a lack of motion.

According to The Bigheart Times, Associate District Judge B. David Gambill spoke at the meeting and complained the Nation was asking the city for “the entire use of the road,” adding “People have been using it for over 100 years, it predates the state, everybody knows it … It is the only scenic route we have to overlook Pawhuska. If we lose it, we lose it.”

Osage Nation officials, including Assistant Principal Chief Raymond Red Corn, approached the city with the road closure proposal and the Fourth ON Congress even passed a resolution (ONCR 14-17) to support a memorandum of understanding with the city and to authorize a limited waiver of sovereign immunity with regard to the road closure.

Red Corn and Bruce Cass, director for the Nation’s Tribal Development and Land Acquisition Department, appeared at several recent council meetings regarding the proposal. Red Corn saw the proposal from a safety concern noting the potentially dangerous intersection at the top of the hill would be eliminated and traffic to the new campus buildings would be rerouted to the roundabout before the road resumes course with the remaining stretch of Grandview.

Silence from city leaders continued after the meeting. Mayor Roger Taylor said “I’d rather not comment publicly about it because I know it’s going to be in the paper or whatever. There were definite reasons, I’d rather not share them.”

Fellow City Council member Cindy Tillman, who is currently the ON Child Support Services director, also did not respond to a message seeking comment about the meeting.

Cass said the roundabout project will continue but there will be minor reconfiguration to the road connecting the roundabout to Grandview Avenue. The roundabout will be built in front of the phase one building of the campus master plan.