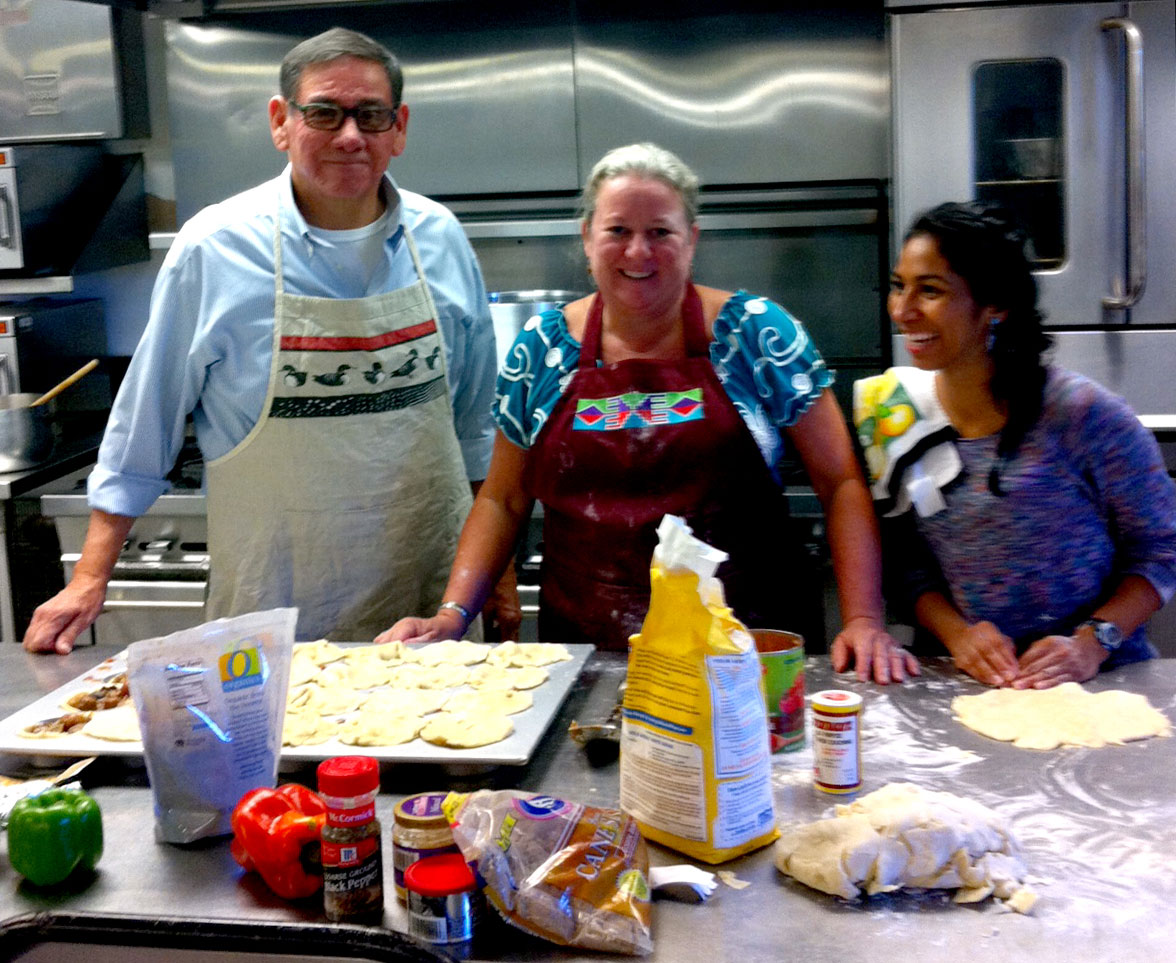 On a warm sunny day, in the heart of wine country in the town of Petaluma, just east of Point Reyes National Seashore, close to 80 people from northern and southern California, Oregon, Washington state and Oklahoma attended the Northern California Osage Oct. 4 gathering.

The gathering opened with a prayer in Osage by Cameron Pratt; followed by two little four-year-old girls walking up and presenting Chief Standing Bear with a gift. The meeting was casual with a great deal of free time which allowed attendees to self-pace learn at the display tables and visit with family, friends and elected officials.

Visiting Osage Nation elected officials Chief Standing Bear, Congresswoman Shannon Edwards, Congresswoman Maria Whitehorn and Congressman John Maker all took time throughout the gathering to speak with constituents about the state of the nation and the mineral estate. The evening keynote speaker was Mineral Councilwoman Kathryn Red Corn who gave a talk and Q & A about the condition of the mineral estate and pending lawsuit.

Osage Tribal Museum Director Kathryn Red Corn presented a talk about the show, “We Walk in Two Worlds,” and provided a genealogy reference table for family research including 1878 Osage Annuity Rolls; the Authentic Osage Indian Rolls, Kansas Osage Mission baptismal, marriage and internment records, and all four volumes of, “The Osage An Imperious Ancestry.” She and Lou Brock also collected copies of historical photos from attendees who brought copies of images of their Osage ancestors and family photos for submission to the museum’s permanent collection. Senior Osage Tribal Museum Researcher Lou Brock presented his Osage Nation Timeline project and sold out his authored Osage Nation Timeline books. Anyone who missed out on purchasing a copy can contact the Osage Tribal Museum.

Osage Constituent Services Director Jacque Jones was available to speak with constituents and provided information about tribal resources and helped with constituents’ questions and issues of concern, and aid people with signing up for the Osage medical benefit card.

Osage Nation Language teacher and Database Specialist Cameron Pratt did a talk on the Osage Language and did language study in small groups and individually for both children and adults, including a study group the night before the gathering. The children’s group was, to the delight of the children, held outside in the park adjacent to a beautiful pond inhabited by ducks and river otters.

Congresswoman Edwards was the volunteer NCO head cook for the day, she did a cooking demonstration “Traditional Osage Foods with a Healthy Twist” which consisted of corn, squash and buffalo pot pie dishes including a “build your own meat pie” segment where attendees were allowed to make their own pies for lunch with a variety of ingredients such as green chilies, which seemed to be quite popular. Cameron Pratt added an Osage language component to the cooking demonstrations.

The gathering was not only filled with good food, but also good music, song, art, crafts and memories. Terry Filer performed a few pieces on her Native American Flute. Artist Yatika Fields did an Artist Talk and “Live Painted” a work (which was auctioned off at the end of the meeting in what turned out to be a bidding war) while singer/ songwriter Marca Cassity sang a few of her songs from her album “Songs from the Well,” and Lou Brock played some beautiful pieces on the piano. Author Ruby Hansen Murray lead a 60-minute writing group, “The Power of Place,” a workshop in which participants explored the riches of personal or family memory. Danette Daniels from the Cedar Chest Indian Shop in Pawhuska provided an Osage Clothing and Indian goods booth.

By 8 p.m., the adults were all in good conversations throughout the hall, and the children had taken over emceeing the gathering by running the raffle by themselves at the microphone. As a matter of fact, one young man who participated in the children’s outdoor language group that day was delegated to close out the meeting and did so speaking some of the words he had just learned. And by 9 p.m., even though the hall cleanup crews were removing the furniture out from under attendees, the party wasn’t over and conversing Osages continued to linger in and outside the building enjoying conversation on into the night ...

This meeting was planned and organized by Karen Elliot, Meloni King and Nanette Kelley.