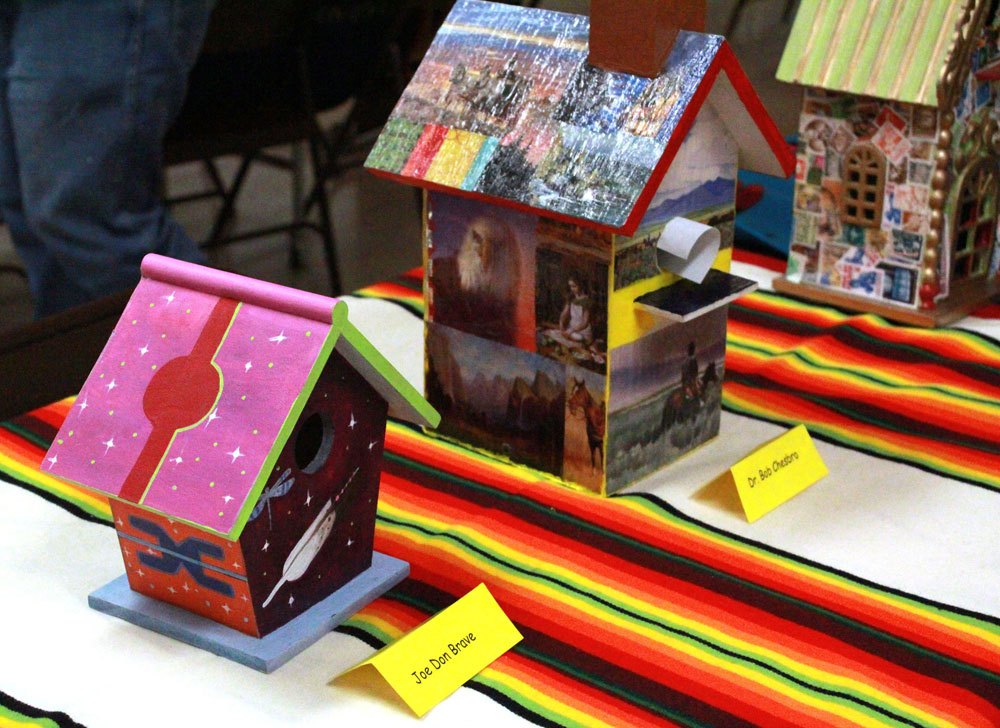 The annual fundraiser is a favorite of the year, with renowned artists decorating birdhouses that can go from $20 to $600.

“This is our largest and most popular fundraiser. Birdhouses of all shapes and sizes are given to local artists, students, and children,” said Helen Norris, Pawnee/Osage CASA director. “They are painted and signed by the artist and when completed they are true works of art. An auctioneer who donated his time then auctions them off. Winners keep them and display them or they are given as gifts. So much time, thought, and effort are given to each house.”

Proceeds from the auction help the CASA program recruit and train community volunteers to speak for abused and neglected children in the courts.

CASA volunteers are assigned to abused and neglected Native American children in the Osage County or Osage Tribal Court system and they monitor their living situation, school activity, and general well-being and report directly to the judge handling the child’s case.