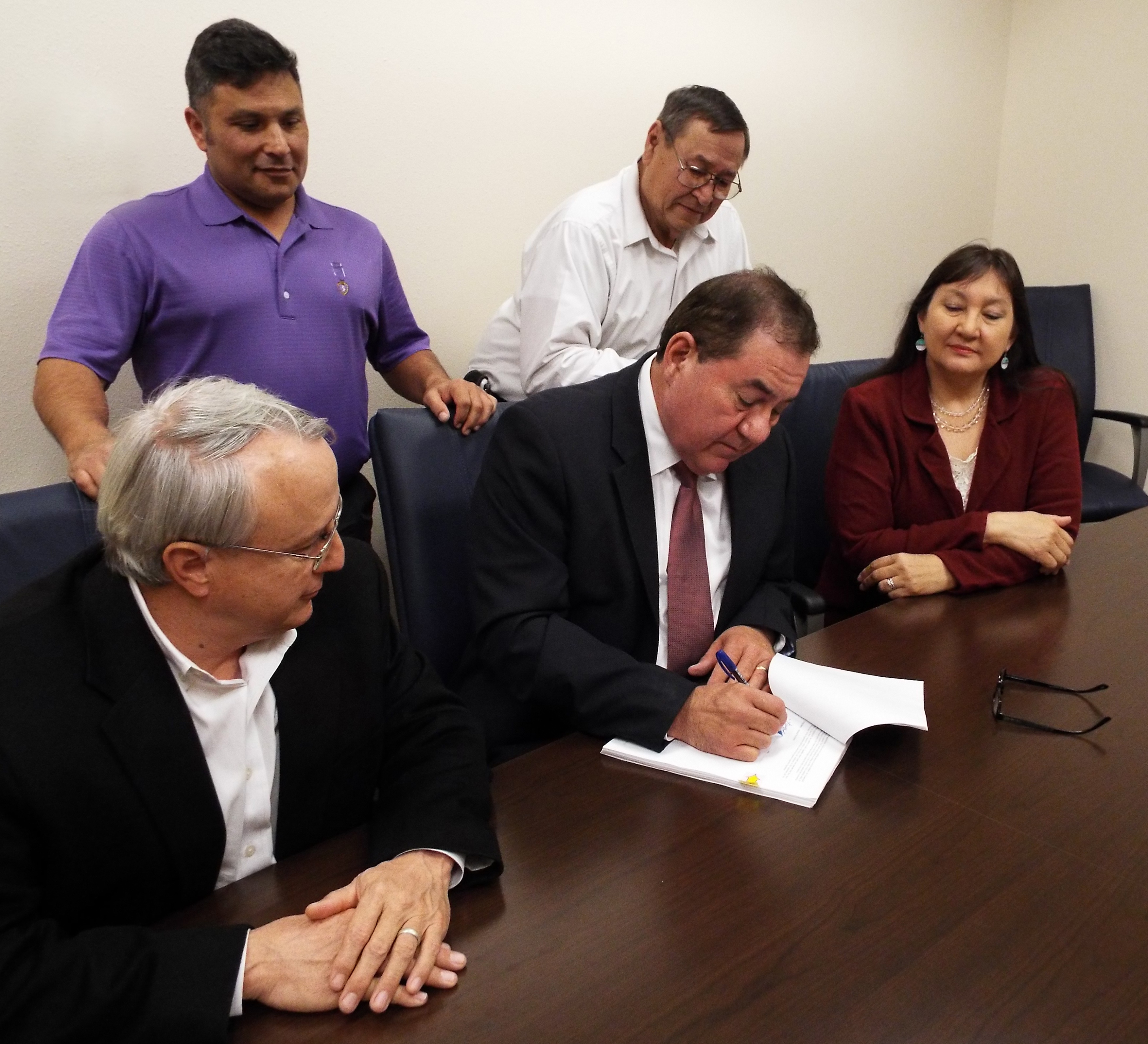 The lease for a new grocery store for the Fairfax community is signed and ALLS Grocery Inc. can now begin preparations to open a full-service food store.

Principal Chief Geoffrey Standing Bear signed the lease on Dec. 23. It’s been two years since the Palace Grocery Store closed its doors and two years of back and forth between Fairfax community members and Osage officials on a solution to the community’s “food desert.”

“This project is a direct result of a demonstrated need shown by members of the Grayhorse-Fairfax community,” Standing Bear said in a prepared release. “We are grateful to Osage member George Pease and other community leaders who worked to find a qualified grocer who understands the business and the needs of the community.”

On Oct. 16, the Executive Branch announced an agreement in principle with ALLS Grocery Inc. to open a store in the Palace Grocery building. A reallocation of previously appropriated funds for a senior/ child care center in Fairfax in the amount of $300,000 was agreed upon to invest in the prospective grocery store.

ALLS Grocery Inc. owner Lane Moore has toured the store building and it was previously reported he wanted to have the store open by Jan. 1, 2015.