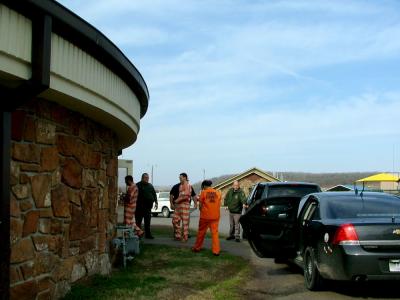 Osage Nation police will have no tolerance for drunk drivers

The Osage Nation Police Department has a message for Osage County residents this New Year’s Eve: Drive Sober or Get Pulled Over.

“It’s time for all drivers to get the message,” said Chief of Police Nick Williams. “Drunk driving isn’t a victimless crime. You could kill yourself or someone else, or get a DUI and go to jail.”

It’s illegal in every state to drive over the limit of .08 grams per deciliter and it might not take as much alcohol as you think to get there, he said.

“The safest approach is to only drive sober. If you plan on drinking at a holiday party, bar, or restaurant, let someone else do the driving–a sober friend, a taxi or public transportation,” Williams said.

In 2012 there were 830 people killed in crashes involving at least one driver or motorcycle operator with a blood alcohol level of .08 or higher; 26 of those deaths occurred on Christmas Day. On average, a third (31 percent) of all crash fatalities in America involve drunk driving.  But on Christmas Day 2012, the percentage jumped to 36 percent.

Some people think that if they get pulled over for driving drunk, they can just refuse a breath test to avoid the DUI charge. “Not true,” Williams said. “In most jurisdictions, refusing a breath test means an automatic arrest, and loss of your driver’s license on the spot.”

The only way to truly avoid a DUI is to drive sober, he said. There are many ways to get home safely after drinking. Designate a sober driver ahead of time, or call a friend or family member.

“We can’t stand to see this tragic loss of life again and again,” said ONPD Investigator Mike Anderson. “It’s heartbreaking to drive up to a house all decorated for the holidays, and knock on the door to deliver such terrible news. So leading up to the holidays, we are really cracking down, and we will show zero tolerance for drunk drivers on the road.”

Remember, it is never safe to drink and drive: Drive Sober or Get Pulled Over.