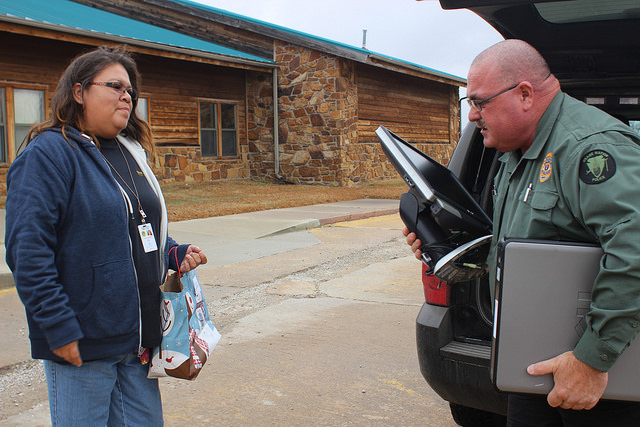 The Osage Nation Police Department has participated in the North Pole Project for the past three years. The project distributes refurbished computers to families in need during the Christmas season.

“As a police officer it is always a positive experience when you can contribute to the skills our youth will need for the rest of their lives. Education is a foundation for success,” said ONPD Investigator Mike Anderson. “Economic barriers do not have to prevent giving kids the tools for success when you have a program such as The North Pole Project.”

Anderson went to Tulsa’s Fraternal Order of Police Lodge to collect the computers that were to be distributed in Osage County on Dec. 22. Anderson immediately began delivering the computers to their new homes.

“My daughter Madison was so excited that she couldn’t wait for my help setting it up, she took it upon herself to get it all together and set it up … she did a good job of it without my help,” said Angela Lunsford, computer recipient. “I would like to thank the North Pole Project and everyone else that made it possible.”