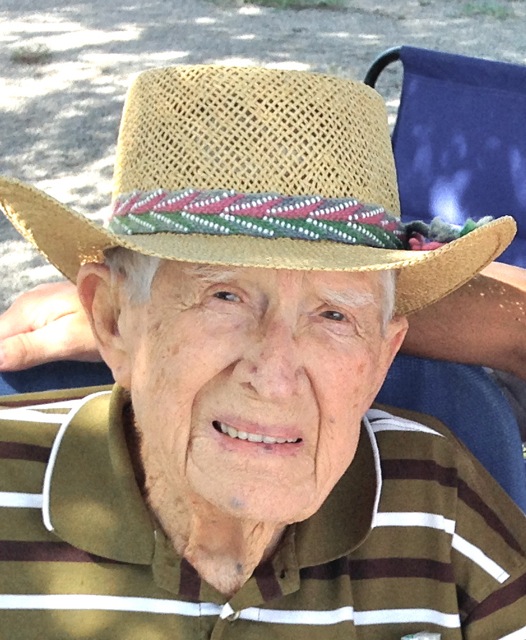 George Edward Tinker III (96) died peacefully at home on Dec. 22, 2014, surrounded by loving family. Tinker, a retired Air Force officer and businessman, was a citizen of the Osage nation, a member of the Eagle clan, whose Osage name was Wa’-tse’-gi-don-a-bi. Born in Ponca City in 1918, Tinker grew up in Fairfax and went on to attend the University of Oklahoma and New Mexico Highlands University before enlisting in the military during World War II. Inspired by their uncle, Major Gen. Clarence L. Tinker, George and several cousins enlisted in the military during WWII. George followed his uncle by enlisting in the Army Air Corp and served a career as an Air Force pilot for 21 years, including an early stint as a flight instructor and then flying the Berlin Airlift. He retired from the military in 1964 and settled in Las Vegas, NM, where he ran two Dairy Queen restaurants for nearly a quarter century. After full retirement, George and his wife Carol moved to Weslaco, Texas.

Throughout his years of military service, Tinker maintained his connection with his Osage Reservation home and family. He was from Pawhuska district and all of his children and grandchildren participate in In-Lonschka each summer.

During their 71-year marriage George and his wife Carol were involved in founding half-dozen Lutheran congregations as he moved from one military assignment to another. In 1988 the Tinkers helped found yet another new congregation, Love of Christ Lutheran Church, upon their move to Weslaco.

Tinker’s family will remember him for his strength of character, his generosity, selflessness, honesty, wisdom, and integrity. He was a rock that provided a solid foundation for all his children and grandchildren.