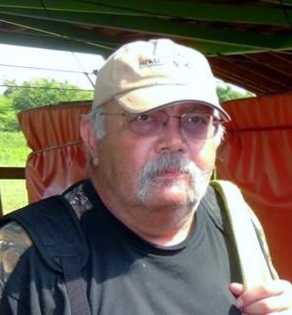 George Harlan Clawson was born June 8, 1956 and passed away Dec. 24, 2014 at home in Pray, Montana. He was born to George Benton and Geraldine (Brown) Clawson. He attended Chautauqua Kansas School in the early 1960s before the family moved away to Montana. He was a retired Veteran who was a Platoon Sgt and also served as an Army Tank Commander during his long Military Service. He served his Country for over 28 years. He was a co-founder of the U.S. Army Brotherhood of Tankers Group, who now has 5,542 members. During his retirement he took an active roll in the Montana Regions “Healing Waters Project.” He helped teach and assist fly fishing to disabled Veterans who have lost their limbs. He loved hunting, back packing on horseback along with his mule, loved to fish, and was a wilderness guide for a time. He is preceded in death by his parents, two brothers Larry Dean and Gary Benton Clawson. He is survived by his wife Shirleen of the home, two step-children last name Sears, two sisters Linda Wagoner of  Livingston, MT, Patti Polda Roberts of Bellingham, WA, one step- granddaughter Sierra Sears. He was loved and will be missed by many nieces, nephews and cousins. He was a member of the Osage Nation was named after his father, grandfather, great-grandfather and is from the line of his Old great-grandfather, Chief George White Hair. A Military Funeral is being planned in Helena, Montana. Final resting place is at the Veterans Cemetery in Helena, MT.