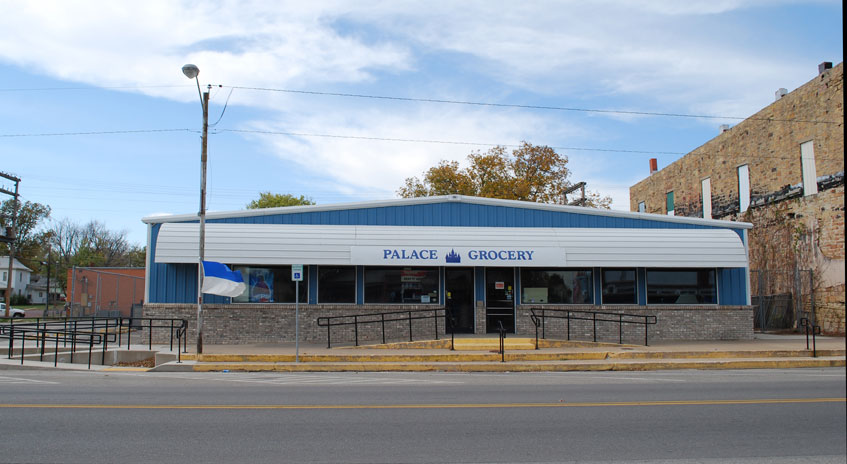 ALLS Grocery Inc. signed a lease with the Osage Nation, who owns the Main Street building, in December and efforts to refurbish the building are expected to continue into March, according to ALLS owner Lane Moore.

In the meantime, efforts are also underway to hire store employees and a Facebook page has been created for Fairfax Venture Foods. Moore’s son Logan Moore is the company’s general manager and was in Fairfax handing out job applications on Jan. 30, Lane Moore said.

Photos of the older store shelving removed from the building were posted to Facebook on Jan. 16 with a thank you acknowledgment to Osage Nation maintenance workers who helped with the cleanout.

During his first visit to the building, Moore said he saw leftover food still sitting on the old shelves, which needed to be thrown out. Messes were also left with carbonated soda beverages exploding and spilling on the floor, he said. During the week of Feb. 2, Moore said he plans to start painting the building’s interior.

Formerly known as Palace of the Osage Grocery, the lone Fairfax food store building has sat vacant since the prior grocer closed the store amid financial problems in 2011. The Palace grocery store was also run by the Osage Limited Liability Company (LLC) after it launched in 2008, but sold the store to Rick Parker of Barnsdall in 2010 amid its own money losses with the store. The LLC purchased the building back in an Osage County foreclosure auction in March 2012 and later transferred the ownership back to the ON government.

Since then, several community efforts to bring a grocery store back to Fairfax went nowhere until Moore connected with Osage Nation officials last year and negotiations began for a lease agreement for the store building. The Fourth Osage Nation Congress also appropriated $300,000 to invest in the building, which includes the purchase of new store equipment after passing an appropriation bill (ONCA 15-05) during its November 2014 special session. ONCA 15-05 authorized appropriating the $300,000 from $3.3 million originally earmarked for the proposed Fairfax senior and child care center. Bids for that project are expected to go out in March.

Fairfax residents applauded the idea of the Nation investing in the store building during an October public meeting discussing ONCA 15-05 before it went to Congress. During the special session, ON Congressman and Fairfax resident James Norris applauded the store investment and said the lack of a grocery store was stressing for Fairfax and Grayhorse area residents because they must drive at least 30 minutes one-way to grocery shop in nearby towns.

A second-generation grocer, Moore lives in Shattuck near the Oklahoma Panhandle where he also runs that town’s store and his company also runs two small town stores in Colorado and one in Tonkawa where Logan Moore lives.

Moore said his objective in running a grocery store is to give customers the best experience possible. “I think the key is service – If we can get it for the customer, we will get it. We’re not big but we do the best with what we’ve got and customer service is No. 1,” he said.

Pending receipt of all ordered store equipment, Moore said the earliest he believes Fairfax Venture Foods will open is mid-March. Check back to www.osagenews.org or the newspaper’s Facebook page for any updates.