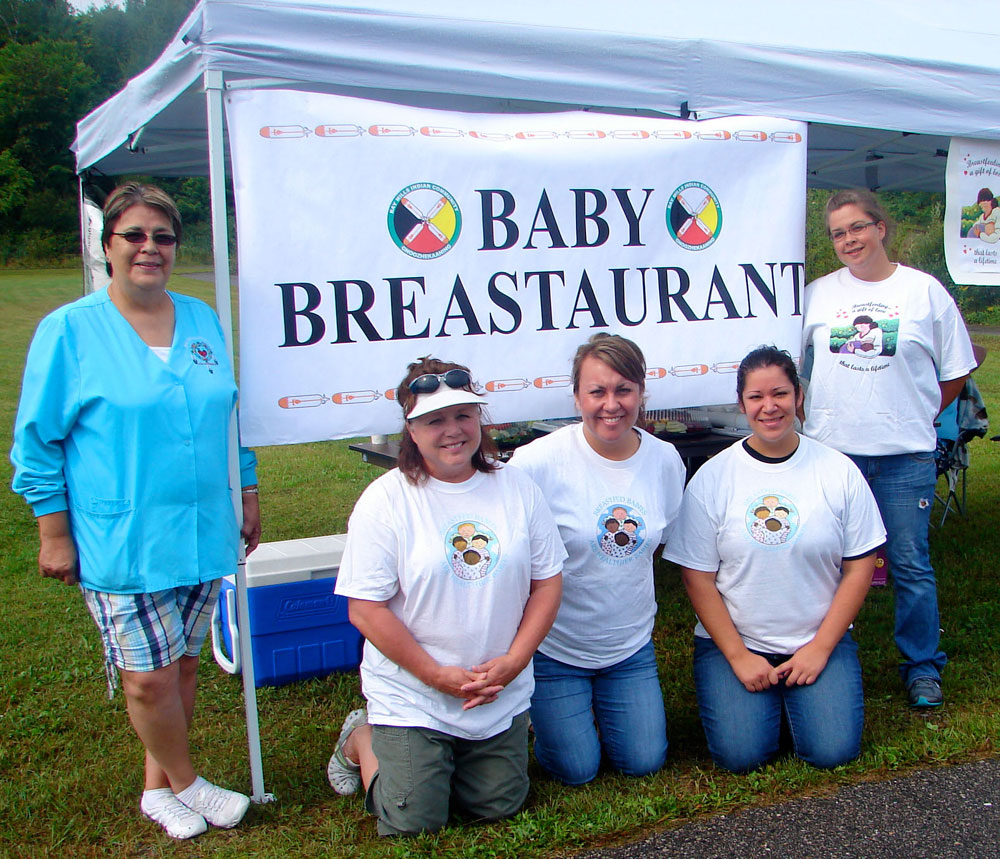 A Closer Look At Mental Health and Breastfeeding

DETROIT – Although scientific studies have linked breastfeeding to physical health benefits for years, researching its effect on mental health is relatively new.

That’s because the relationship between breastfeeding and mental health is a complex one, says Dr. Ruta Nonacs, a psychiatrist at Massachusetts General Hospital Center for Women’s Mental Health. Psychological bonding between mom and baby and the boost to a new mom’s self-confidence are just some of breastfeeding’s mental health benefits.

“There are also some aspects of breastfeeding that decrease the level of anxiety and stress,” says Nonacs, who treats women with mood and anxiety disorders during pregnancy and post-partum. “That might have long-term benefits since post-partum isn’t necessarily a stressful event, which could [otherwise] trigger other depressionary anxieties.”

Some of the most conclusive research to date, however, found that women who were depressed during pregnancy were less likely to breastfeed or nursed for a short period of time.

“If a woman is experiencing depression during a pregnancy, that’s a risk factor for not going on to breastfeed,” says Elizabeth Kushman, who manages Maternal, Infant and Early Childhood Services for the Inter-Tribal Council of Michigan, a consortium of 11 tribes. “We’ve had women who’ve experienced depression, anxiety or ambivalence around their pregnancy but they try breastfeeding, and that gives them such a satisfying sense of accomplishment and bonding with their infant.”

When a woman breastfeeds, her levels of prolactin, a hormone that stimulates breast milk production, go up. Oxytocin, a hormone connected to social behavior and linked to reduced anxiety and stress, is also produced when a woman nurses or pumps.

“We know that breastfeeding is a good feeling,” says Bethany Moody (Piqua Shawnee/Potawatomi), a maternal child home visitor and nurse for the Nottawaseppi Huron Band of Potawatomi. “That’s why when you see a mother who’s tense, the baby will start crying. If you can just get her to relax, talk her through it, everything starts to flow.”

Moody visits 52 Potawatomi families across seven counties in Michigan. She encourages Native moms to think of breastfeeding as a way to return to their first traditional food and as a sacred gift that she can provide for her baby and for the next Seven Generations.

“Using those types of phrases with them, I think there’s that sense of pride, it lifts them up,” Moody says.

For the Nottawaseppi Huron Band of Potawatomi, the number seven is sacred, representing the four cardinal directions, the earth, the sky, and middle ground in between. Tribal members are taught to look and plan ahead for the health and balance of the next Seven Generations.

Across cultures women get a strong message that promotes breastfeeding, but many find it more difficult than expected, Kushman says. Instead women are left with feelings of guilt and failure when nursing doesn’t go as planned.

“For some, breastfeeding comes very easily, but for many it’s a learned skill that takes trial and error,” Kushman says.” If you don’t have the support of a partner or a parent or a grandma or an auntie, that can really make it hard for a woman.”

Nationally more than three-quarters of new mothers in the U.S. breastfeed their babies, but not for as long as the 12 months recommended, according to a report by the Centers for Disease Control and Prevention. Native women are less likely to breastfeed overall than their non-Native peers.

Experts agree that breastfeeding problems often stem from a combination of shifting hormone levels, exhaustion and a lack of support, along with the stress of being a new mother.

“We have found that with adequate support from nurses at the hospital and from our home visitors, we’ve seen our breastfeeding rate increase dramatically,” Kushman says. Since 1998, the rate of breastfeeding for Native women in the MIECHV program has risen by 75 percent.

Kushman adds they do see high rates of perinatal depression, the period immediately before and after birth, but is careful to note, “There’s nothing about being Native and being pregnant that makes you more likely to experience depression around your pregnancy, though we do see both a higher rate of depression and anxiety among all Native women.”

One of the biggest challenges for health care providers are women who experience symptoms of depression while lactating yet avoid seeking treatment. Nonacs says that’s because many women are uncomfortable with taking antidepressant medications while breastfeeding.

On Dec. 3, 2014, the U.S. Food and Drug Administration introduced changes to prescription drug labeling to provide more information for patients and health care providers about the risks of using certain drugs during pregnancy and breastfeeding.

Drug manufacturers will be required to use three subsections - Pregnancy, Lactation, and Females and Males of Reproductive Potential - to provide explanations about the benefits, risks and adverse reactions for the mother, the fetus and the breastfeeding child, which will take effect at the end of June 2015.

Still, for many pregnant and new mothers, Nonacs says it’s hard to dispel the uncertainty.