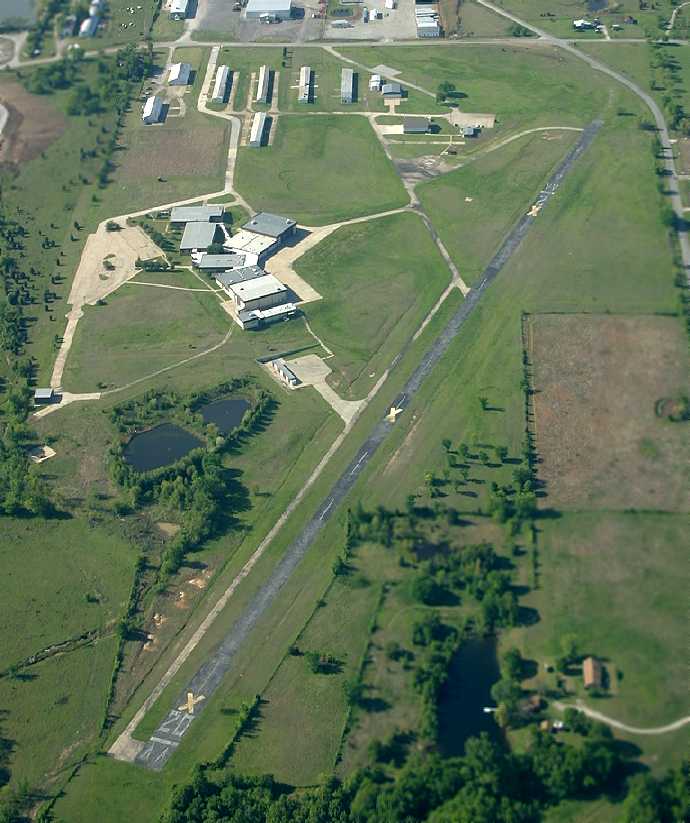 Plans for Tulsa Airpark property include airport and aerospace businesses

The Nation is looking to turn the Tulsa Airpark property into an airport again and surround it with small businesses in the aerospace field.

“We were told the FAA [Federal Aviation Administration] would be very eager to work with us because the other airport in Tulsa, the Jones Airport, is full,” Principal Chief Geoffrey Standing Bear said. “The Tulsa Chamber of Commerce said there was a need just for propeller traffic coming in to take some of the load off of Jones … to get things going it’s going to take about two years; two years is the goal.”

However, the airfield on the property is 2,000 feet too short for jet traffic but it will work fine for propeller traffic and unmanned aerial vehicles, or drones.

Casey Johnson, director of operations for the Nation, has been charged with surveying and cleaning up the property. Which includes tree cutting, putting a fence around the property and restoring the airport hangars on the property. The former Osage Casinos management had converted the hangars into training facilities for hotel staff, but the areas were never used and the costs were high, Johnson said.

“Currently the casinos are using the hangars for storage of all kinds of miscellaneous equipment, spare equipment … it’s a big waste of space and a big waste of money right now,” Johnson said. “The stuff is either going to be recycled or auctioned at one of our property sales because it’s either outdated or broken.”

To the south of the airpark, Osage Casinos purchased property with warehouses and rent is currently being paid to the casinos. The property is called Oakley Properties and the rent is roughly $55,000 a month. That money has been going to the casinos but now it will be coming to the Nation for improvements on the airpark. The Congress passed a bill in February, ONCA 15-19 sponsored by Congressman RJ Walker, that establishes a revolving fund for commercial property lease revenues.

Chief Standing Bear has been meeting with members of the Tulsa Chamber of Commerce on the possibilities for the airpark. He also took a tour of the Tinker Air Force Base and currently they are working with the Cherokee Nation in developing 8(a) businesses to diversify their economy, and Tinker also just signed agreements with the Muscogee (Creek) Nation to do the same.

The Small Business Administration created the 8(a) program for small, disadvantaged businesses. The Cherokees and Creeks often use the program for government contracts and other small businesses.

“[Tinker is] looking, and I am looking, for [the Osage] Congress to approve a new 8a entity we can put all this business into, an 8a LLC. And then you can take that and create 8a’s in it,” Standing Bear said. “The argument from Congress and the existing LLC, is let us do it. There’s nothing wrong with having a new clean, auditing wise, organization that is not going to be under investigation to do something new.”

He would like to see an aerospace theme because he said Tulsa was known for its aerospace industry in the past. He mentioned Rockwell, North American Aviation, Douglas Aircraft and Boeing. But he said he’s afraid the Congress won’t be open to new ideas and will want to “live in the past” with Osage LLC.

“[Tulsa Chamber] said they would help us land those businesses and they would work with Tinker because they know them too. But our block is ourselves,” Standing Bear said. “So we have a combination of hope and a lot of hard work to do ahead of us. And we have a lot of convincing to do to get the rest of the Nation on board.”

The Nation has also looked into purchasing a Regional Aviation Enforcement Unit, or RAVEN program, that’s commonly used by police departments for drug surveillance. The idea would be to purchase the aircraft and surveillance equipment and lease it to the local and state law enforcement agencies.

“It’s a small lightweight airplane that is used in a lot of drug cases, surveillance aircraft,” Johnson said. “The Tulsa County Sheriff was using it for drug arrests and he brought it up here. We looked at it and I went on a flight with him and flew over Osage County and was wanting to form partnerships with Tulsa County, Osage County, Osage Nation, Cherokee Nation, just a bunch of different entities to utilize this aircraft.”

Funding would come from the Nation’s law enforcement program to purchase the plane and equipment, Standing Bear said.

The aircraft could have multiple uses for the Nation and would be another stream of revenue, Johnson said. A pilot has also offered to train Osage Nation policemen to fly the aircraft.