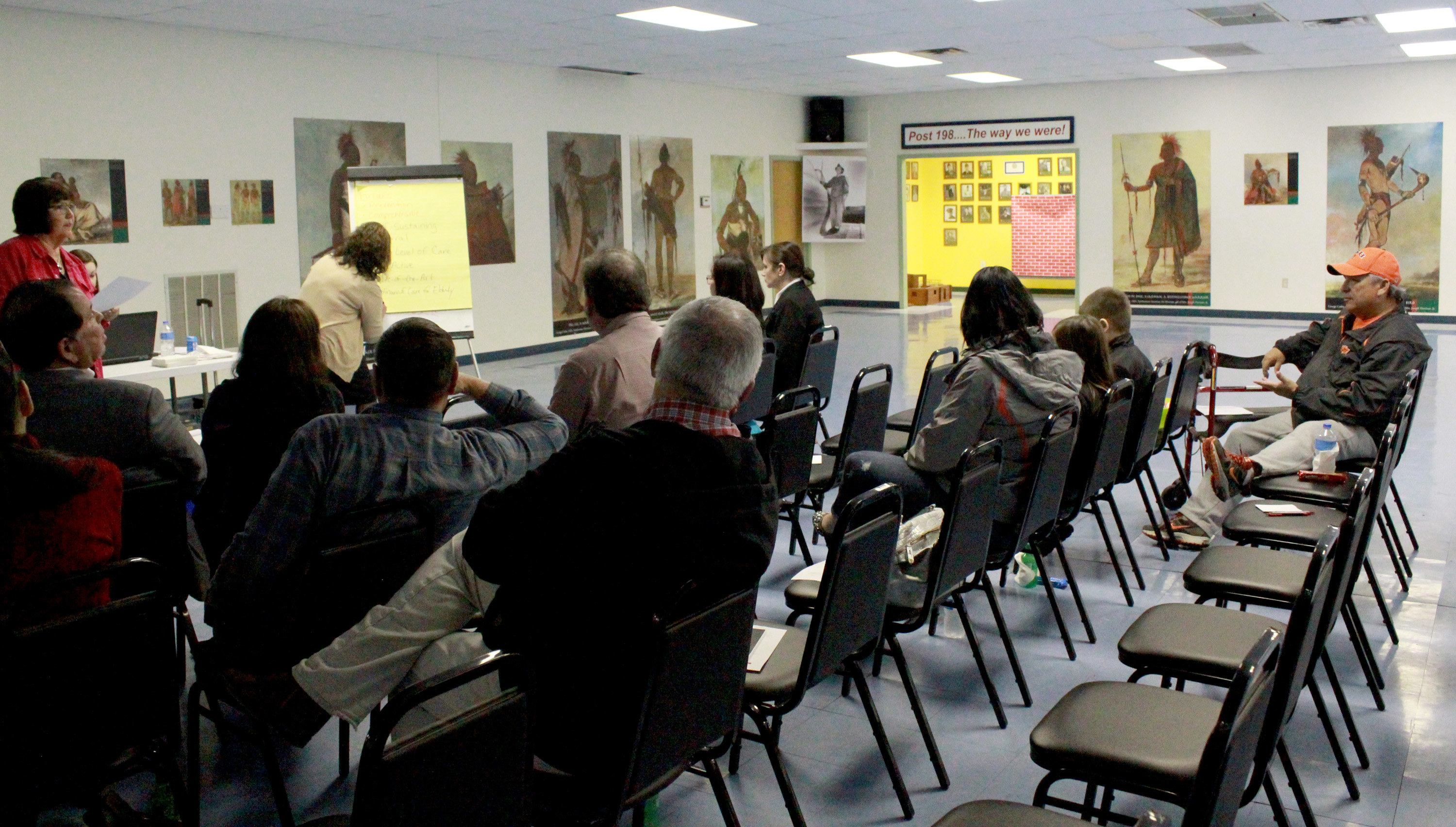 The Osage Nation is working to compact the Indian Health Services and change them to fit the community’s needs.

A public meeting was held at the Wah-Zha-Zhi Cultural Center on March 13 to obtain community input on what changes they would like to see. Roughly three members from the community attended, with the rest being members of the Chief’s executive staff or members of the Osage Congress.

“We have had three years of good audits and the Nation is at the point where they can handle the monies that come in for the healthcare,” said Margie Burkhart, chair of the ON Health Authority Board. “We can tailor these programs to see how that would benefit us.”

The Indian Health Service receives federal money every year and each IHS clinic in the country is allocated a certain amount to serve the Native communities in their service area, Burkhart said. Currently, the Osage Nation and the Pawnee Nation have clinics that provide health services for both Osage and Pawnee counties. The Pawnee Nation clinic is bigger, newer and offers more services than the Osage clinic and has more doctors and specialty care.

Compacting the services of the Pawhuska IHS clinic has been a long time goal. Osage Congressman Ron Shaw, Tim Tall Chief, Cecelia Tallchief, Lynette Freeman and Congressman James Norris are just some of the Osages who have tried to get this initiative going since the new government passed in 2006.

The Nation has hired Shaw’s wife, Lesa Shaw, as a Self-Governance Project Consultant and Advocates For Native Issues (ANI), LLC to handle the community meetings and get the Nation prepared for negotiations of what services it will be compacting.

“One aspect of my work will be to coordinate with Advocates For Native Issues (ANI), LLC and Candy Thomas, Director, Strategic Planning and Project Management, in conjunction with the ON Health Authority,” Shaw said. “The ANI group is also contracted with the ON Health Authority and is here to assist the Osage Nation with community and informational meetings; pre-negotiation and negotiation on what health services the Osage Nation might choose to compact. [The community’s] input and those of all tribal members is vital in this undertaking.”

Tribes were given the right to compact federal services after the Indian Self Determination and Education Act of 1975. In 2000, the IHS self-governance act passed.

Principal Chief Geoffrey Standing Bear was present at the meeting on March 13 and having just returned from a meeting in Carlsbad, Calif., with the United Osages of Southern California, he said Osage services need to start extending to those Osages who live outside of the reservation.

“We can develop an efficient local system and for people that are married into our tribe and households – and in short order extend those services,” Standing Bear said. “There has to be some way to extend our health system to California; there are approximately 1,250 Californians who said they would move back if there were [services].”

He said he feared for the future of the Osage Nation and what it would look like 100 years from now.

“We need to connect to them and they are demanding it – they want a system that includes them too,” he said.

Melanie Fourkiller, a Cherokee consultant for ANI, led the presentation. She asked the attendees what could be gained from compacting and the answers were more accountability, flexibility in policy making, redesigning authority, budgeting authority, coordination of resources such as grants and contracts, increased responsiveness to Osage tribal members and more.

She asked what were some of the changes the attendees would like to see and some of the suggestions were:

The optimal start date to begin compact negotiations with IHS is Oct. 1, 2015.

More community meetings are planned and once those dates are announced the Osage News will post them.