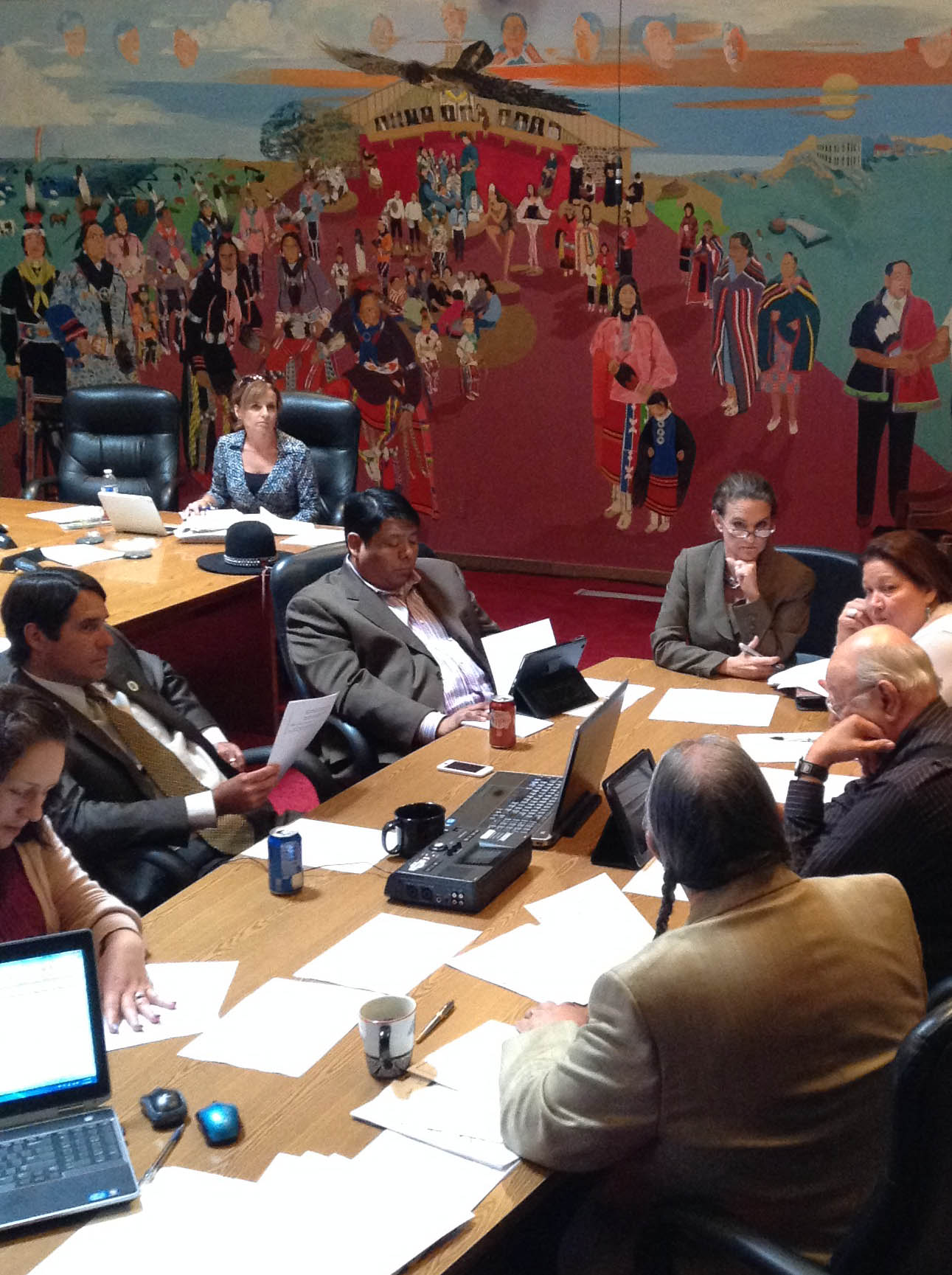 After no Congressional discussion on the AG appointment by Principal Chief Geoffrey Standing Bear, the Congress voted to confirm Wells on April 9. Wells, a former Oklahoma state judge and environmental attorney, addressed the Congressional chambers following the vote.

“It is truly my honor to become the attorney general of the Osage Nation. I thank Attorney General (Jeff) Jones for all he’s done in establishing this office, he has worked with me and been very cooperative and has been able to go over some things, certainly time has not allowed as much time as I would have liked, but from what I understand he’ll be around,” Wells said. “Again, I thank you all, it is my honor.”

Afterward, Standing Bear honored both Wells and Jones in the chambers by presenting Pendleton blankets to both. The Congress members applauded both attorneys.

As part of the transition, plans call for Jones to continue working for the Nation on contract as he pursues several court cases still in litigation.

For example, the cases against four former Pawhuska Indian Village Five-Man Board members is still ongoing with two of the defendants asking the ON Supreme Court to weigh in after the ON Trial Court denied their motions to dismiss the cases last year. At issue is allegations of the former board members misusing Pawhuska village money, which is generated from the village lease with the Pawhuska Osage Casino.

According to a 2012 ON Office of Fiscal Performance and Review audit report, about $806,000 in village revenue generated by the Pawhuska Osage Casino lease was unaccounted for. The ON Attorney General’s Office filed tribal charges against the four former board members following a tribal police investigation and after the U.S. Attorney’s Office said it would not file federal charges in 2013.

Jones is also pursuing a civil case against a former ON Child Support Services worker alleged to have broken the Nation’s open records and child support laws.

Former ON Child Support Services process server Kathleen “Kathy” Sherwood is alleged to have violated the Nation’s open records and child support laws 50 times when she disclosed client information to an ON Human Resources grievance committee that was meeting to consider her appeal regarding disciplinary action filed against her. Jones filed the case against Sherwood following her termination in summer 2014.

An April court date was rescheduled for May 7, according to the tribal court schedule.

As part of the transition, the Fourth ON Congress approved an appropriation bill adding over $205,494 to the AG’s office budget to pay Jones on contract through summer and for contract work related to water rights. Pending action by Chief Standing Bear’s office, the money will be added to the AG’s budget for professional fees with $120,000 designated for the Nation’s contract with law firm Greenberg Traurig LLP for water rights matters.