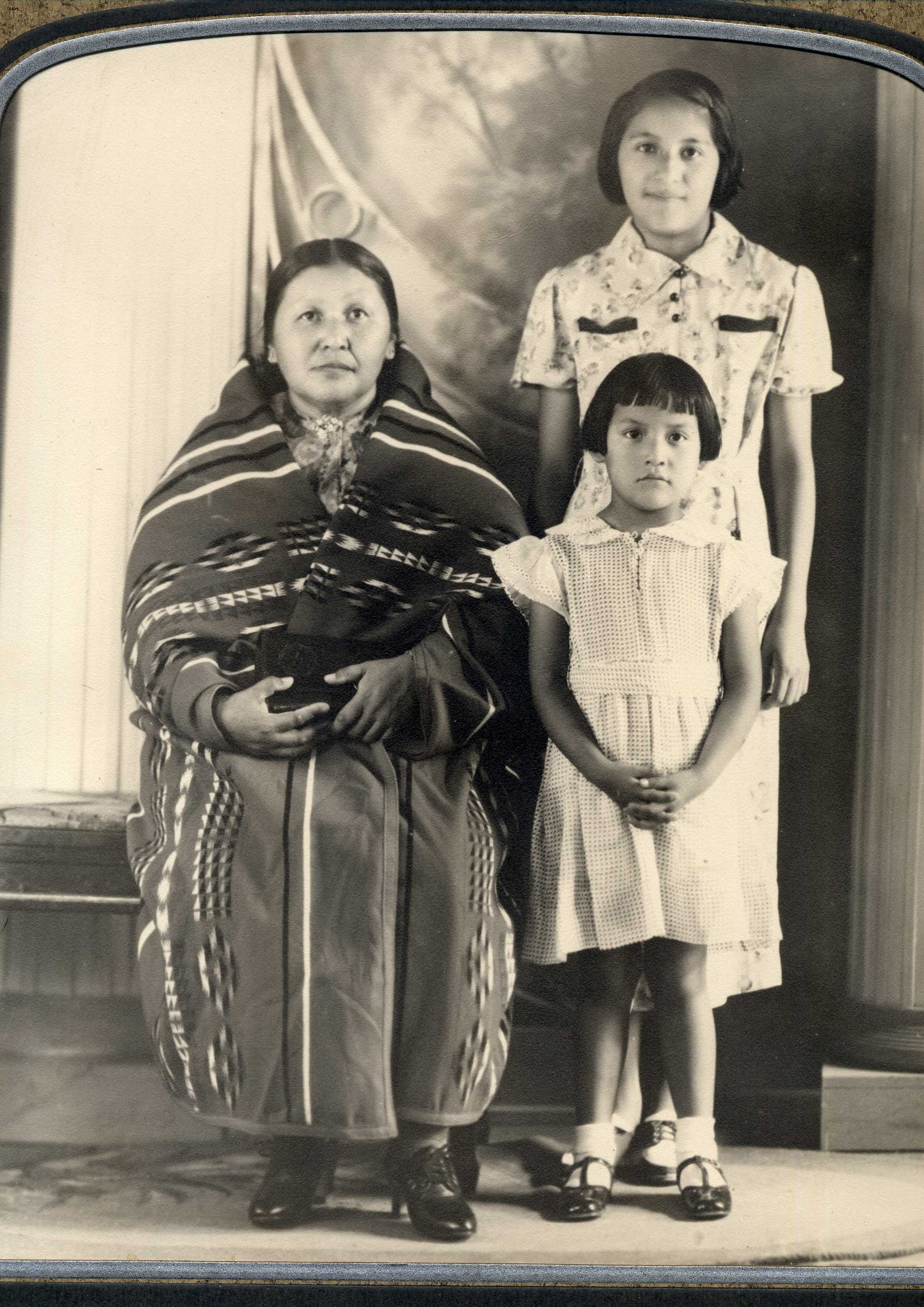 Adeline Wilson Choi was born in Grayhorse, Okla., in November 1930 to Theodore and Clara Wilson. She was raised by Wilson and Edith Kirk, a cousin to her mother, because of her mother’s extended illness. She attended school in Pawhuska at the Immaculate Conception Catholic School until the fifth grade when her family moved to Colorado Springs, Colo. She attended St. Mary’s Catholic School and attended high school at Haskell Indian School in Lawrence, Kans. She attended college at St. John’s nursing school in Tulsa, Okla., and served in the U.S. Navy and the U.S. Air Force. She married Ronald Choi and had three children: Carol Arata, Kurt Choi, and Steve Choi.  She has four grandsons. She currently resides in Stockton, Calif., and they attend the Northern California Osage meetings.

Osage News: What are the major values or principles you live by?

Adeline Choi: “My Catholic faith and the importance of prayer.”

AC: “I’m very happy with Chief Standing Bear. I think he and the Council are doing a good job.”

ON: What District are you from? What is your Osage name?

AC: “I’m from the Grayhorse District. I started dancing when I was about 12 years old. My Osage name is Wah-Konta-Mae.”

ON: What was your favorite thing about the In-Lon-Schka?

AC: “I was always proud to see my mom Clara Wilson and other family members dressed in their Osage clothes and participating at the dances and other Osage festivities.”

ON: Who are your Heroes?

ON: What were your favorite things to do for fun when you were growing up?

AC: “I went to elementary school (up to fourth grade) in Pawhuska at Immaculate Conception. I remember going to Lazo’s for chili. My friend’s parents owned the café. We use to go to the movie theater to watch cowboy movies. For 25 cents, you could get admission, popcorn and a drink. We also used to go roller-skating at the Armory on Saturdays. Other favorite restaurants in Pawhuska were a Chinese Restaurant (can’t recall the name) and the Pig Stand, west of town, that made good sandwiches.”

“Other fun memories were playing hand games with my friends and cousins for small change. My Grandma Hunkahoppy lived in Grayhorse and I would visit her frequently. She didn’t speak English and I didn’t speak Osage but it was still fun visiting with her. She would sit in her bedroom sewing. She made all of her own moccasins.”

ON: What was your Favorite Decade/Why?

AC: “I really liked my high school years (1940’s) since it was a lot of fun attending Haskell. I really enjoyed meeting students from different tribes. I belonged to the Indian club. We would go to different schools and perform.”

ON: What World Events had the most Impact on you?

AC:  “I remember World War II – the food rationing. We ate eggplant as a meat substitute. The government rationed meat, sugar and many other items. My dad Theodore Wilson was drafted but didn’t end up serving.  The war ended right before he was ready to board the train.”