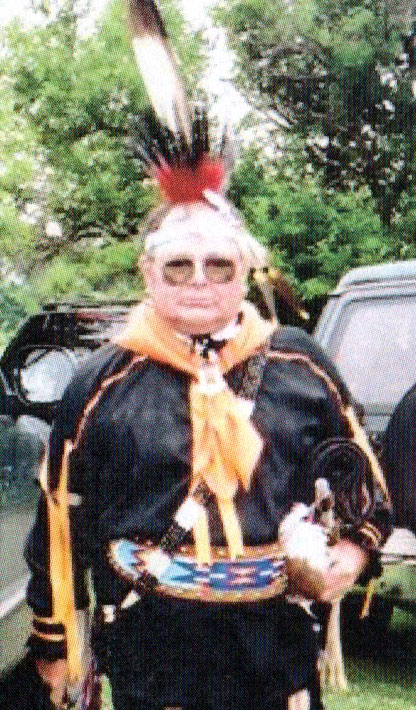 Michael J. McInroy Sr., age 71 and longtime resident of Fairfax, went to be with his Lord surrounded by family on Friday, May 8, 2015 after a short struggle with cancer.

Mike was born October 20, 1943 in Cheyenne, Wyoming, the son of Jackie Newton McInroy and Elizabeth Marie Bates Myers. He was a 1963 graduate of Fairfax High School and attended Northern Oklahoma College in Tonkawa. He was married to Sandra Newport on August 11, 1986 in Winfield, Kansas. Mike was employed as a heavy equipment operator for Osage County for many years.

He was a member of Sacred Heart Catholic Church of Fairfax. His enjoyments included spending time with his grandsons, OSU football, watching golf, watching the Big Bang Theory, Wine and Roses and westerns.

He is survived by his wife of 28 years, Sandra, of the home; children Pamela Metzger and husband Jay of Kirbyville, Missouri, Mike McInroy Jr. and Amy, of Wagoner, Oklahoma, Mikeal McInroy and wife Melissa of Junction City, Kansas and Janna Hart and husband Rusty, of Sheridan, Wyoming.

He was preceded in death by his mother Elizabeth Bates Myers on July 21, 2003 and his father Jack McInroy on April 9, 1987; grandparents Ed and Roxie Bates and one daughter, Angie Lucas.

Funeral services for the family will be held at 8 a.m. Monday, May 11, 2015 at the Grayhorse Chapel with traditional services to follow at 10 a.m. at the Sacred Heart Catholic Church in Fairfax, with Father Bruce Brosnahan presiding. Burial will be in the Fairfax Cemetery under the direction of the Hunsaker-Wooten Funeral Home of Fairfax.