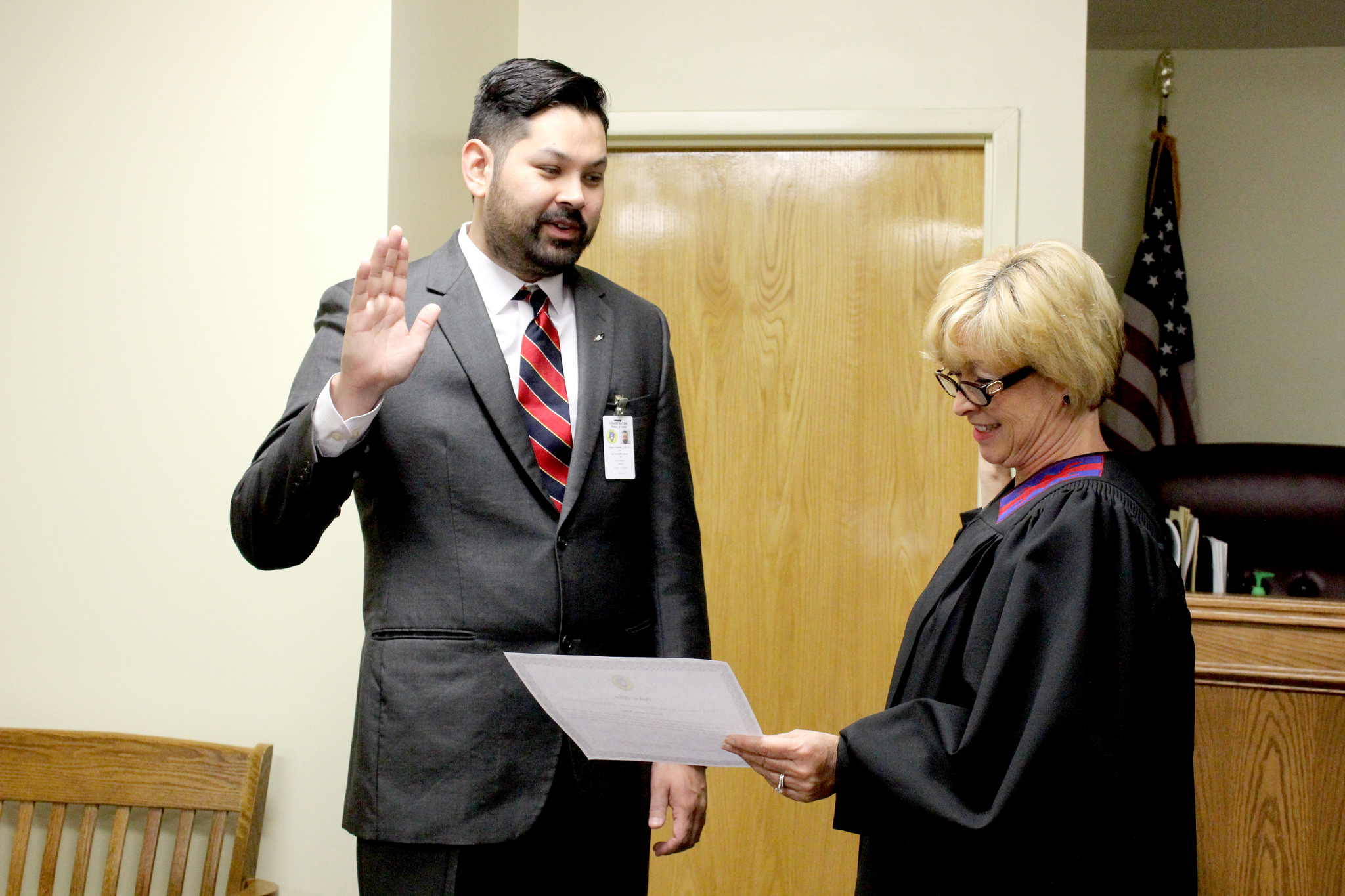 Greg Carpenter appointed as Secretary of the Osage Nation

According to an April 13 executive order, Standing Bear issued the designation for Carpenter effective immediately. On May 4, Carpenter took his oath as secretary with presiding Associate Trial Court Judge Lisa Otipoby-Herbert at the ON tribal courthouse in Pawhuska.

The Secretary of the Nation post is established within the Executive Branch, according to Osage law. The designee is responsible for coordinating activities pertaining to business entity licensing, collecting license fees and maintaining a searchable database of licensed entities.