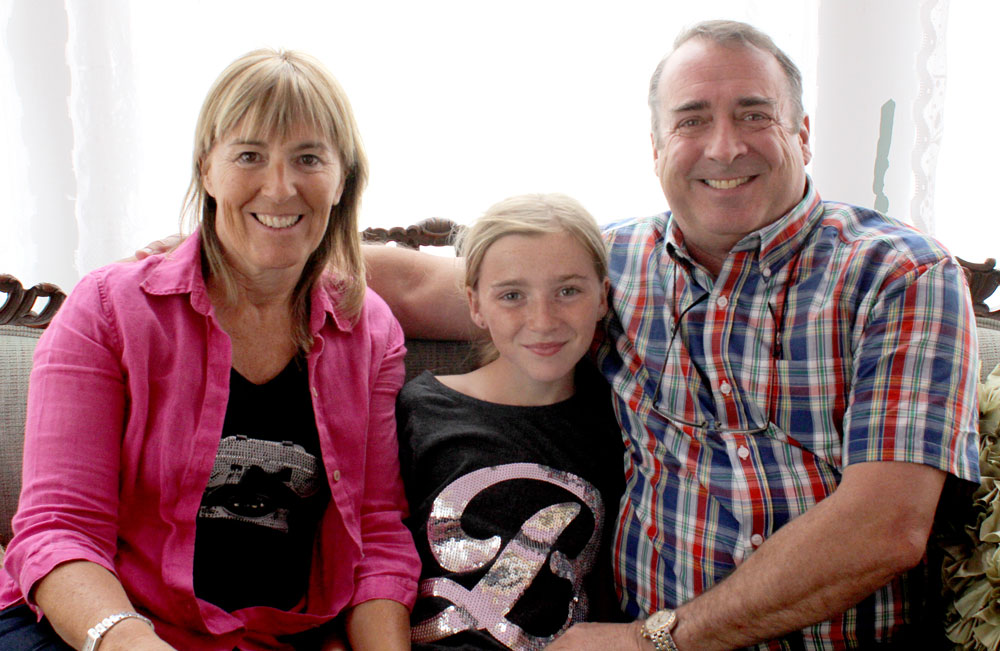 From small town to world traveler, Branstetter sails the Mediterranean

A small town boy with the hopes of traveling the world is now captain of a private yacht in the French Riviera. Tony Branstetter, born in Pawhuska and raised in Barnsdall, visited a friend in Europe in 1989 and never looked back.

“I doubt I would move back to the U.S., France has become home,” Branstetter said. “I do like to come back and visit though.”

He was in Pawhuska recently, visiting family and friends and stayed in the Drummond Bed and Breakfast on Grandview in Pawhuska.

Branstetter is employed by a large, wealthy Asian family that consists of seven brothers and sisters, who have access to the yacht whenever they want. He cannot reveal the identity of his employers due to contractual agreements, but he has worked for them for the past five-and-a-half years.

Branstetter, his wife Valerie and 11-year-old daughter Joanne, are avid skiers and every two years his employer gives them a three week all-expense-paid vacation and allows them to use their private mountain to ski in Japan, he said.

Branstetter began traveling right after high school. He immediately moved to Connecticut for a few years, then to Hawaii for one year and spent some time in California.

Once he made the decision to live permanently in Europe, he said he walked the boat docks checking to see if anyone had any work available and was hired to be a deck hand a month after arriving.

Branstetter is now captain for a 114-foot motor yacht. He has a crew of six during the season, borrowed from other yachts, and has a regular winter crew who work to maintain the yacht.

The main season for yachting is from June to August, the rest of the year is preparing the yacht for the next season by painting and doing upgrades and keeping up with everyday maintenance.

He has not always lived in France. He has lived in Germany, Italy, the Caribbean, and Hong Kong and has settled in the French Rivera, located on the southeast corner of France on the coastline of the Mediterranean Sea, for the past 15 years.

He loves the old architecture, the castles and medieval villages. He said language can be a barrier at times but almost everyone can speak some English. The cost of living is expensive in Europe and the French Riviera is where the rich and famous come to play, he said.

He and his wife own four rental properties to help bring in extra income and they do all the cleaning and maintenance themselves to avoid extra expenditures.

He said that when he tells people he is from the United States and from Oklahoma they break out into the title song from the film Oklahoma! He said that if he had a nickel for every time someone burst into song, he would be half a millionaire.

Though Branstetter is unable to come back to visit his Oklahoma family as often as he would like, social media is available and it makes it easier to communicate with loved ones and friends.

When asked what he misses most about the United States he said he misses his family the most but he also misses Captain Crunch, Cheetos and the Osage.

Branstetter said his daughter is the only family member to have received her Osage name. Bill Mashunkashey named her when she was seven months old. They are very proud to be Osage.