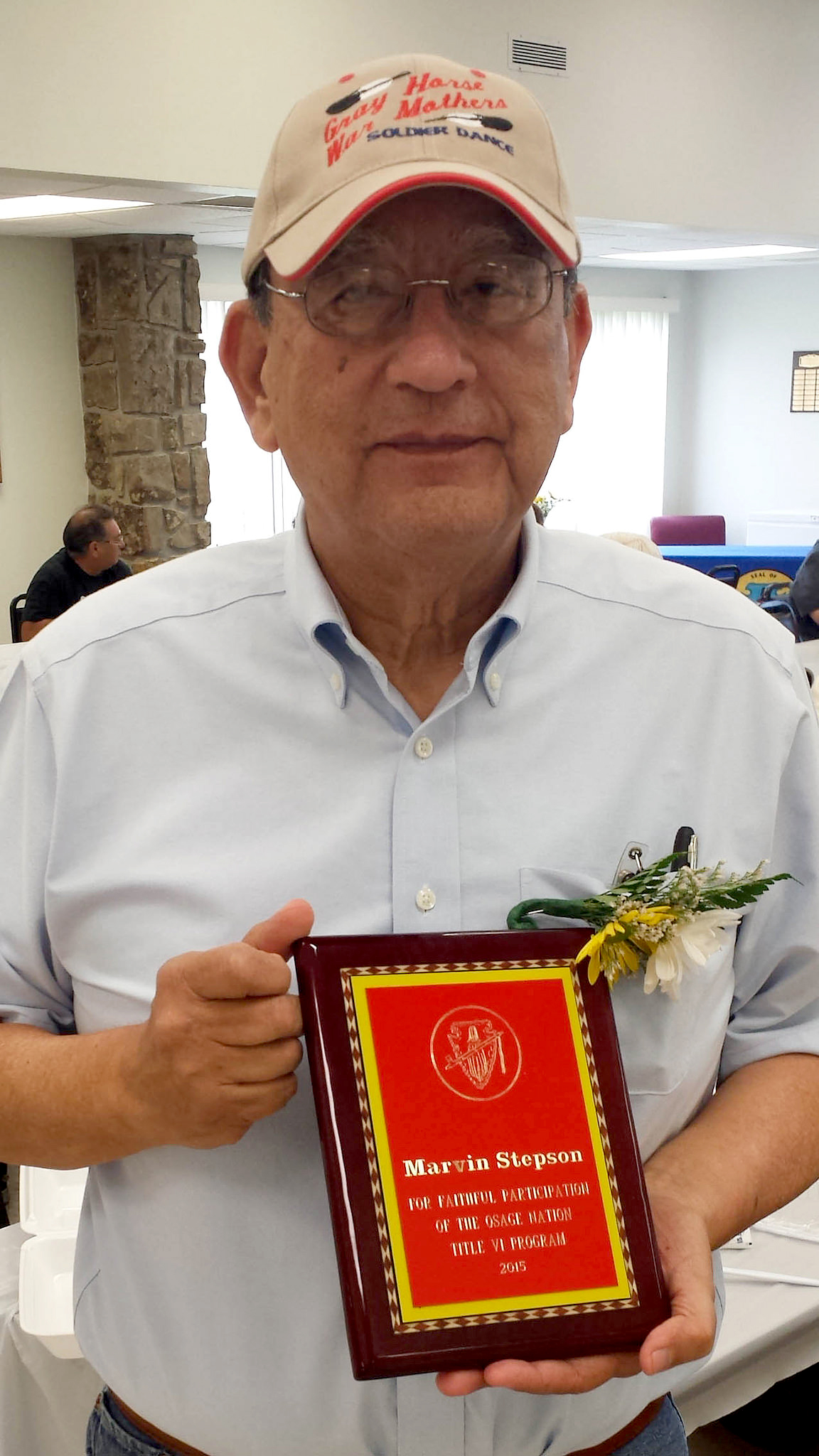 Stepson, Redcorn, and Brock honored by ON Elders Nutrition program

On May 15, the Elder Nutrition Program (previously titled Title IV/ Senior Services) held its annual Honor the Elders luncheon and selected Redcorn, Brock and Stepson as this year’s honorees. Those three received personalized plaques from the Elder Nutrition employees.

Also that day, the elder and public attendees of the luncheon gathered in front of the Elder Nutrition building and released about 300 helium balloons into the sky as part of honoring the elders, like in previous years.

Brock and Stepson expressed their gratitude for the awards during the event. Redcorn was absent due to an Osage Minerals Council meeting that day. Redcorn retired this spring as Osage Tribal Museum director but continues to serve on the OMC after winning election in June 2014. She also served on the First OMC from 2006 to 2010.

Brock, who served as museum senior researcher and interim museum director following Redcorn’s departure, also announced his retirement and his last day was May 19.

Stepson is serving his third term as Chief Trial Court Judge. The First ON Congress confirmed Stepson as judge after the reformed 2006 Osage government launched. He won the retention vote for judge in the 2010 and 2014 elections.

The Elder Nutrition Program holds the Honor the Elders event each May in accordance with Older Americans Month established by President John F. Kennedy in 1963.

According to the federal Administration for Community Living website: “Historically, Older Americans Month has been a time to acknowledge the contributions of past and current older persons to our country, in particular those who defended our country. Every President since Kennedy has issued a formal proclamation during or before the month of May asking that the entire nation pay tribute in some way to older persons in their communities. Older Americans Month is celebrated across the country through ceremonies, events, fairs, and other such activities.”

The ON Elders Nutrition Program cooks and distributes weekday lunch meals to elder Osages and Native Americans living in Osage County. The program also serves congregate meals to the public at its building located at 350 Senior Dr. in the ON senior housing complex in Pawhuska. Suggested donation fees are collected for those who order congregate meals to-go or eat in-person.

For more information on the Elder Nutrition Program and meals, contact the office at (918) 287-5454 or visit the website for a printable lunch menu for the current month at: www.osagenation-nsn.gov/what-we-do/elder-nutrition