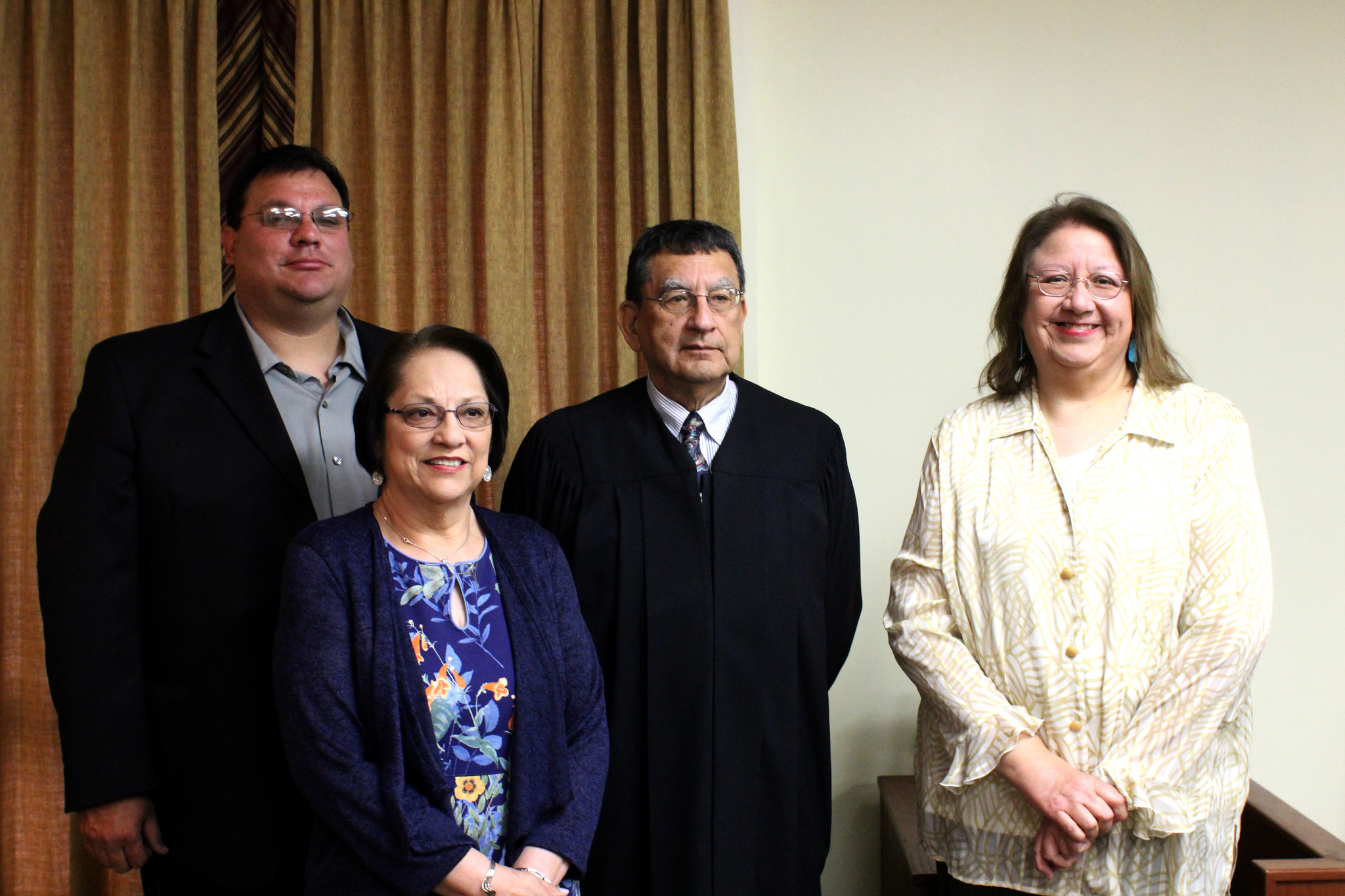 Jeanine Logan and Justin Mays are now serving on the five-person Gaming Enterprise Board as interim board members. Both were appointed as two member seats became vacant. Logan was serving on the Gaming Commission after being confirmed last September, but resigned her seat to serve on the gaming board.

All three Osage interim appointees will be considered for confirmation by the Fourth ON Congress which convenes for its next regular Tzi-Zho Session in September. The three appointees took their oaths of office at the ON tribal courthouse on May 7 in Pawhuska.

Gaming board chairman Mark Simms announced that Thomas Baconrind resigned his seat during the board’s April meeting. Standing Bear appointed Baconrind to the board in December 2014, but Baconrind resigned before he was to be considered for confirmation by the Fourth ON Congress during its spring Hun-Kah Session.

Standing Bear also appointed Mays to the gaming board to replace Ralph Haymond whose term expired this spring.

Logan is a former ON Supreme Court Associate Justice who served from 2006 until 2014. She is an Oklahoma City area attorney for the Social Security Administration’s Office of Disability Adjudication and Review.

Mays, of Ponca City, has owned his automotive/ tire shop business for the past 15 years, according to his resume. He holds a vocational degree from the Arizona Automotive Institute and previously ran for the ON Congress.

Wilcox retired from the Osage Agency Bureau of Indian Affairs in December 2014 after 28 years of service, according to her resume. A graduate of the Tri-County Technical Center, Wilcox served in various BIA positions including as supervisory reality specialist.

The Tzi-Zho Session starts the day after Labor Day for a 24-day run.