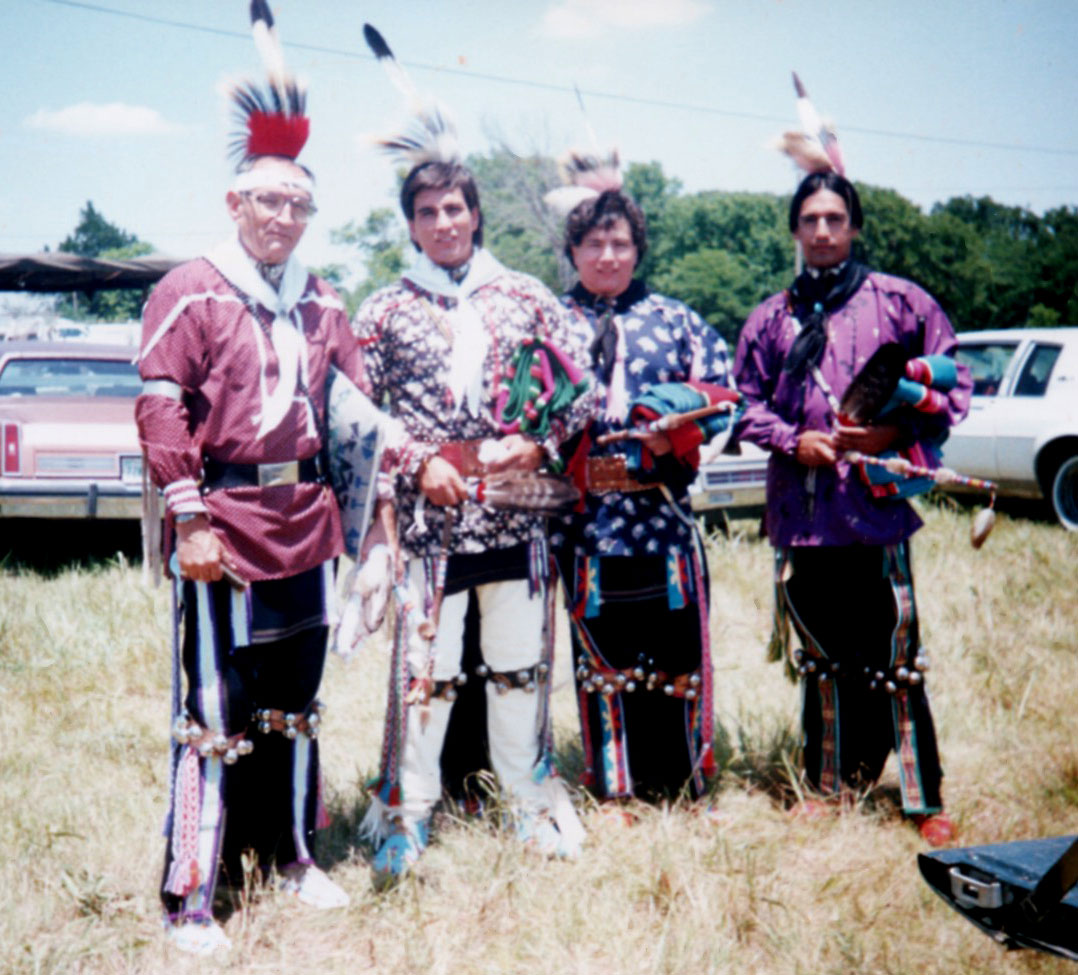 He studied two years in college, worked for Phillips Petroleum where he worked in the computing department working with punch cards until he retired. He has five children with Ruth Hopper from Hominy and many grandchildren. His parents are Manuel Romaine Shackelford and Juanita Harrison, his grandparents are Ben Harrison and Minnie Harrison. He is from the Zon-Zo-li’n District from Hominy. He is a life member of Veterans Foreign Wars and a past member of Post 198. He is the last living member of the Osage Gourd Clan.

Romaine Shackelford: Not too many, I made several bad choices. I think probably the best thing that ever happened to me was getting shipped off to the Indian school in Wyandotte, then to Haskell Indian School in Kansas.

ON: What would you say are the major values or principles that you live by?

RS: I try to be honest and kind, to a fault.

RS: Well, all the Indians died in my lifetime, there was a lot of full bloods; now they are all gone.

RS: Yeah, I don’t understand all the things they do but you have to trust them. The Osages from my youth probably wouldn’t like it.

ON: What are the differences in the In-Lon-Schka today from when you were young? Do you like the changes?

ON: What District are you from, what is your Osage name and when did you start dancing at In-Lon-Schka?

ON: Who roached you for the In-Lon-Schka?

RS: It’s tradition and I have always tried to support them, it’s about all we have left, is that dance.

RS: I remember when I was four, just bits and pieces.

ON: Who or what did you love the most?

RS: I guess the In-Lon-Schka, I did it most for my kids.

ON: What was your favorite thing to do for fun (movies, beach, etc.)?

RS: I liked going to the movies but there wasn’t as much to do when I was a kid, we had to find our entertainment outside.

RS: 1940s, I was going to high school and went to the army and to college.

ON: What did you do in the Army?

RS: I was a medic for almost three years in World War II.

ON: What do you remember about World War II?

RS: It was an exciting time, everything was busy and exciting, the transportation was terrible but something was always going on.

RS: Don’t drink, that is for sure, it will give you problems.

ON: What do you like about art and being an artist?

RS: Well, I have always liked art, it always fascinated me and in my early 20’s I decided to see what I could do. I went to a stationary store and didn’t know what to buy so I bought a lot of stuff. I taught myself how to paint and then I taught myself how to be a sculptor. Private collectors have bought some of my stuff, so has the Gilcrease Museum and Southwestern Plains Museum. I did the layout for the Osage Seal. I did several sketches of it and the artist did the artwork for it, but he used one of my sketches, sometime in the 1950s.

ON: Do you remember when photos were allowed in the arbor?

RS: Yes, that was when they used flash bulbs and they would leave the glass on the ground and people stepped on it. And then they got out in the dancers way, trying to take a picture so it was stopped. I am sure people still do it but I don’t have a problem with it.