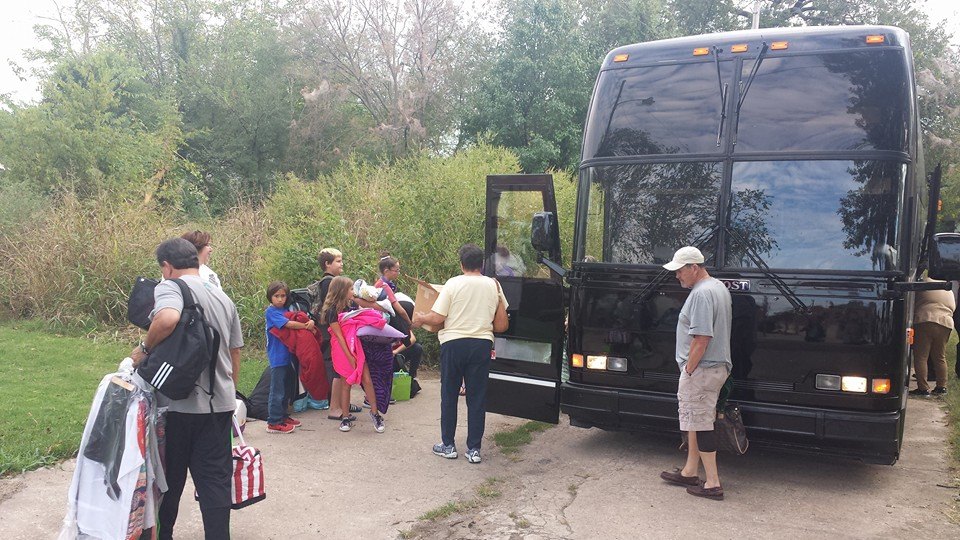 The Osage Ballet group left Pawhuska Thursday evening (Sept. 24) for an all-night trip to Philadelphia where the ballet dance group will perform a ballet scene on Saturday.

The Festival of Families, referred to as “an international celebration of family, community and faith,” will be held Saturday in Philadelphia’s Logan Square where several musical and visual performances will take place, including the Osage ballet scene.

Pope Francis is also scheduled to attend the festival the day of the ballet performance as part of his U.S. visit this week.

The trip group, comprising Wahzhazhe: An Osage Ballet dancers, their instructors and singers, left on a charter bus for Philadelphia at 6 p.m. Thursday and will be arriving Friday night – then the dancers will immediately start rehearsing, according to the trip itinerary.

On Saturday, the group will be bussed to Logan Square where the ballet’s Prayer scene will be performed on stage later that day.

The performance is scheduled at 6 p.m. (Eastern time) and the Festival activities will be livestreamed on the event website: http://www.worldmeeting2015.org/the-latest/livestreamwmof/

According to the nonprofit ballet’s website, the performance tells the story of the Osage through dance and acknowledges the Osage tribe’s relationship with the Catholic Church. The Osage people have a long history with the Catholic Church first documented in 1673 when the Osages met Father Jacques Marquette, who visited them on the Osage River and visited several Osage villages, Osage Ballet Director Randy Tinker Smith said on the website. This interaction was followed by the arrival in America of Jesuit Priests, called “black robes” by the Osages, who evangelized to and converted some Osages to Catholicism.

The ballet website also states: “Pawhuska has the only Catholic Church in the world with stained glass windows depicting these Jesuit Priests meeting the Osage people and evangelizing to them. Osage families commissioned the stained glass windows to be made, which were created in Europe, hidden during World War II and then shipped to the Immaculate Conception Church in Pawhuska, where they remain today.”

Founded in 2012, the ballet has been performed before live audiences in Tulsa and Bartlesville. The ballet was also invited to perform at the Smithsonian National Museum of the American Indian in Washington, D.C. in March 2013.

An Osage News staffer is accompanying the ballet group on the Philadelphia trip and will provide photos and updates when available. Check www.osagenews.org for any updates or follow the Osage News on Facebook, Twitter or Instagram.

One of the NMAI ballet performances is available for viewing on the NMAI YouTube channel at: https://www.youtube.com/watch?v=ipwe0Jluhpo