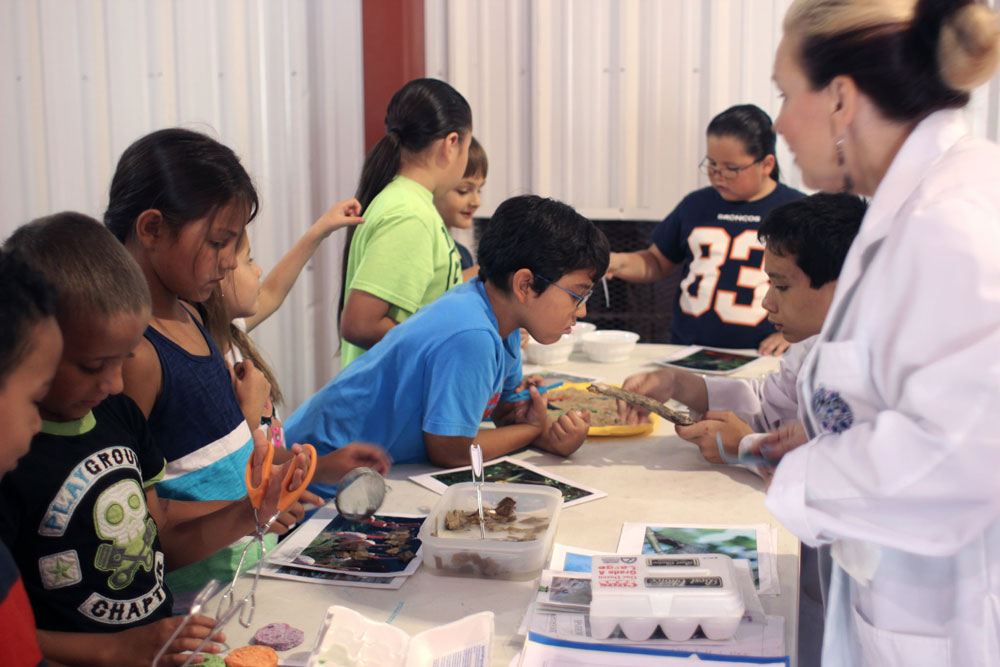 The Wah-Zha-Zhi Youth Academy may close its doors to the public after Sept. 30.

Following the funding cut, Edwards read the committee’s statement of intent for the record.

“The committee recognizes the education department is attempting to develop the former Boys & Girls Club to a more academic program. The number of students participating in this new academic program on Sept. 23, 2015, does not warrant an appropriation for the amount of funds requested at this time,” she read. “The committee encourages the education department to reformulate an afterschool program to reach the greatest number of Osage students possible and to submit that plan as appropriate in the future.”

The three WYA’s are located in Pawhuska, Hominy and Fairfax and have a total of 37 children enrolled. That wasn’t enough students to justify a $1.3 million appropriation, Buffalohead said.

In response, the education department proposed to cut the funding for both Hominy and Fairfax, leaving the Pawhuska facility with a budget of $380,000 and it would serve as a pilot program for one year, but the committee rejected the idea.

Atterberry said after the Nation took over the full funding responsibilities of the Boys & Girls Clubs in July of this year, and changed the name of the facilities to Wah-Zha-Zhi Youth Academy, the education staff developed new curriculum for the afterschool programs. However, after the facilities began to charge for attendance, parents withdrew their children.

“We went from babysitting afterschool to putting in academic driven curriculum, it’s in place now and going to allow the kids to be exposed to STEM, reading, language, culture, art, exercise, a healthy snack, help with homework,” Atterberry said. “All of that equals a very comprehensive afterschool program. Honestly, I don’t know of another one like it in the region.”

Atterberry said Osage parents need to “buy into” their child’s educations, that they needed to support it. She said nowhere else in the country was it free to attend a good afterschool program. Bartlesville, in Washington County, charges $14 a day for students to play in a gym until their parents pick them up, there isn’t an educational curriculum, she said. The Nation is charging $5 a day, per child, for children of Osage parents or ON employees, and $10 a day, per child, for children of non-Osages or non-ON employees. Children can attend for free if their parents enroll in the Osage Language program or agree to help clean the facility one Saturday per month.

Atterberry said the proposed cut to fund the WYA facilities will have far reaching effects for current employees, enrolled students and the Wah-Zha-Zhi Early Learning Academies. More than 15 employees could lose their jobs, parents will have to find other means of afterschool care and WELA employees will not have any help. Currently, the WYA staff fills in for the WELA employees during their lunch breaks, planning periods and exercise breaks.

Standing Bear said the education department staff, which he said has over 250 years worth of education experience, worked hard on developing the curriculum and when they came to him and said the facilities needed to charge at least $5 a day, he trusted in their expertise.

“The way I understand the situation is, if the Congress doesn’t do anything today or tomorrow, that means Thursday morning (Oct. 1) there’s no money for this program,” Standing Bear said. “What kind of planning is that?”

[Disclaimer: The author of this article, Shannon Shaw Duty, has two children who attend the Pawhuska WYA.]