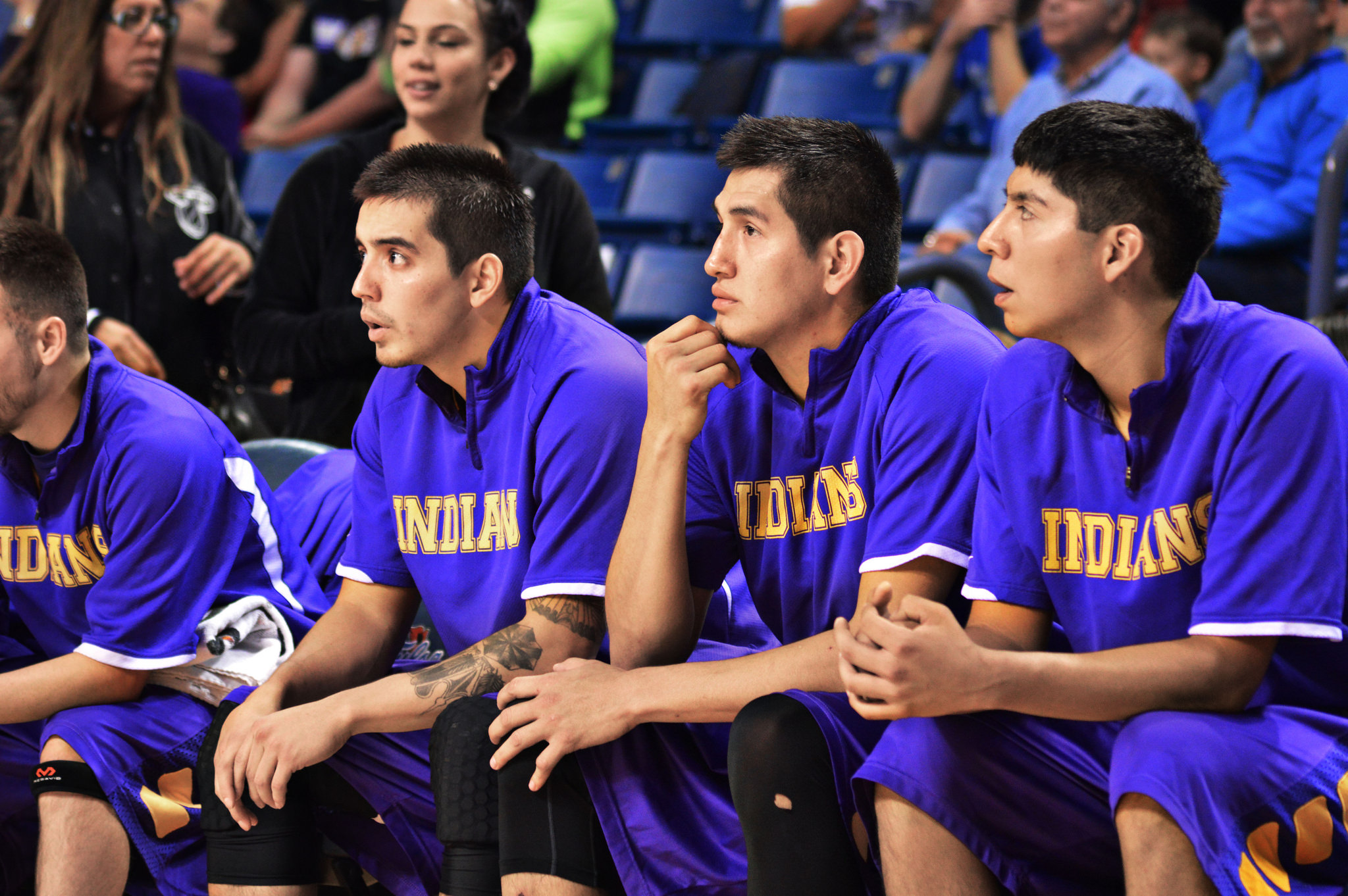 Haskell is in a new conference this year, the Association of Independent Institutions (A.I.I.). Haskell also has a new head coach, Matthew Downing, Jr.

“It was a lot of fun getting to play at TU. To be on the big stage and play against a D1 college and play like we did. We came out and battled with them the whole game,” Moore said. “The whole team gave a solid effort and I think we held our own against TU.”

The game was full of excitement, with crowds cheering for both teams. The game ended with another win for the Tulsa Golden Hurricanes with a score of 87-62. Moore scored 14 points during the game, Turley scored 2.

Both Moore and Turley had family and friends in the stands cheering them on, getting to watch them play a NCAA D1 team.

Moore has played basketball most of his life, it has always been something he has loved doing. He has worn the number three since he was a junior in high school where he helped the Pawnee Black Bears win back-to-back state championships. When it comes to basketball he tries to get that number for his shirt. He wears it for Haskell now.

He graduated from Pawnee High School in 2010 and played basketball for the Salish Kootenai College in Pablo, Mont., where he majored in Liberal Arts. He transferred to Haskell Indian Nations University in the spring of 2013. He is a senior in the American Indian Studies program with an emphasis in Environmental Justice. He will be graduating in the spring of 2016.

He would like to work for the National Forest or go back and work for his tribe after he graduates.

“I like playing for Haskell a lot because it’s fun getting to play with other Native Americans from different tribes,” Moore said.

Moore believes you are a student first and an athlete second, stating that it can be hard at times to maintain school work with basketball and practices. He works hard at both and makes sure that he has all of his schoolwork done.

Moore is the son of Randy and Melissa Moore and the grandson of the late Ted Moore Bravescout and Thomasine Moore. He has been participating in the In-Lon-Schka since he was four years old and was roached by the late Browning Pipestem. He has been a tail dancer for the past four years. His Osage name is He-Se-Moie meaning wild white buffalo.

“I would tell others to work hard in the gym and go the extra mile to make yourself better because there’s always people out there that want the same as you, and working harder than you to get it,” he said.

Turley graduated from Pawhuska High School in 2007 and joined the United States Army after high school in the summer of 2007.

Turley was wounded in Afghanistan from shrapnel to his knee and was told he would not be able to run or jump again from his injuries, however, he worked hard and proved them wrong and played College basketball.

“The Haskell/TU game was a great experience. It was really cool too see the athleticism of the NCAA D1 players at that level and compare our own to them,” Turley said.

Turley is humbled by his time on the court and honored to have played alongside his childhood friend Moore.

“I've know RC [Ralston] since we was little kids, I've played against him in high school. We played together on the road in Indian tournaments, a men's league in Tulsa and finally in college together,” Turley said. “Ralston has always been a good player but he's a better friend. He's tough and aggressive and is very basketball smart. It was an honor to play alongside him.”

He stated he was honored and humbled because this year he has been battling injuries and recently had to retire. His injuries from the war have come back and the VA has told him he has to stop. He has developed Patella tendonitis in his knees and Planter Fasciitis in his foot and they advised surgery.