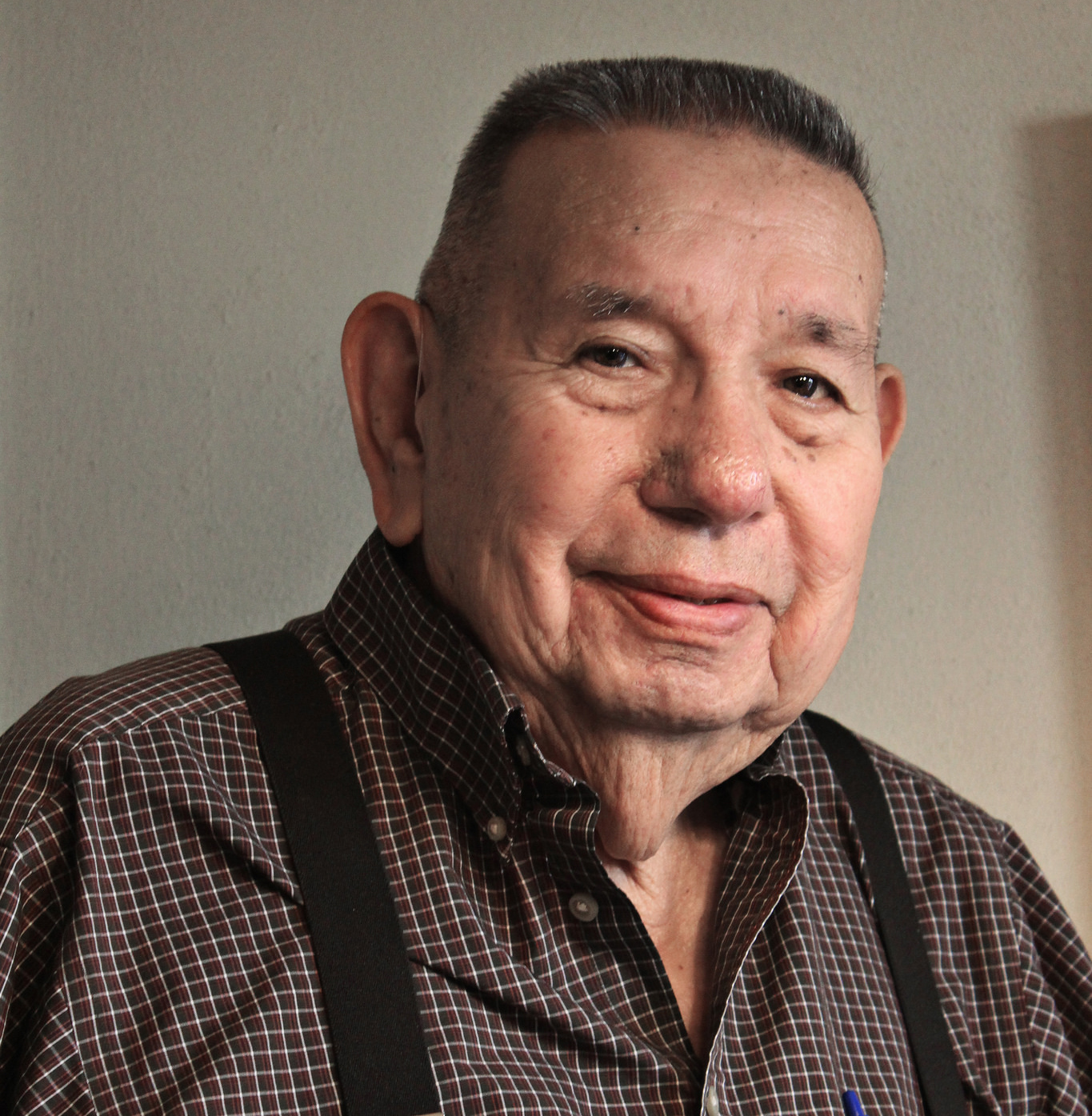 Richard White Luttrell Sr., 89, was born Dec. 26, 1926 in Hominy, Okla., to Homer and Nettie Luttrell. He is the grandson of Homer Luttrell Sr. He had one sister, the late Margaret Gray. He is from the Zon-Zo^-Li^ district and his Osage name is Pah-Hu Tha-Li, meaning Pretty Hair.

His family traveled all over the United States when he was young and he attended many different schools. His father owned racing dogs and horses. He graduated from the Oklahoma Military Academy in Claremore, Okla.

He married his wife Carmen in 1947 and they had four children: Allison Luttrell, Anita Fields, Richard Luttrell Jr., and Don Luttrell. He has six grandchildren.

Luttrell served in the United States Army for 12 years, both active and inactive, during World War II and the Korean War. He started out as a Private in the Infantry and was promoted to Captain of the U.S. Infantry.

Upon leaving the military he created and managed both the business order and the actual outfitting of the first commercial river rafting company on the Colorado River. He named it Running RL Outfitters. They offered big game hunting, camps for children, trail rides, and other outdoor activities; he was also a Boone and Crocket guide during this time. He owned and ran the Outfitters for 28 years.

Luttrell has been a member of the American Sportsman Club and has spoke as a guest speaker for the organization on television and radio in many cities. He has also appeared as a principle actor in a super bowl commercial for the Schlitz Beer Company. He has been a pack leader for the Boy Scouts of America as well as a committee member for approximately 17 years. He has been a member of the American Legion, Kiwanis Club, Oklahoma Fly Fisherman’s Club, VFW Veterans of Foreign Wars.

Luttrell has received many awards and honors throughout his life, such as receiving one of ten international awards in Montreal, Canada, for conducting a camp for special needs children through the Industrial Kiwanis Club. The 179th infantry honored him with 800 members attending for service in the 45th division. He has been inducted into the St. Maurice Infantry Organization as a member and was honored by the Fairfax War Mothers. He is also a Deputy Grand Knight 3rd Degree in the Knights of Columbus.

He has sat on the board of the MESA Medical Company and the Osage County Housing Authority.

Luttrell’s most recent work has been planning and executing the building of a shrine honoring St. Kateri Tekakwitha, with plans to build multiple shrines throughout the state of Oklahoma.

ON: What are the principles you live by?
RL: I went to the Oklahoma Military Academy and my wife wrote Courage, Honor, and Loyalty on a piece of paper and put it on the refrigerator for my grandchildren to see. OMA was like a second home. I loved the military and I loved OMA and I try to live by those things Courage, Honor, and Loyalty. To me there is nothing like good friends. I don’t have a lot of friends but I have good friends.

ON: You were inducted into the Order of Saint Maurice, Patron Saint of the Infantry. Please tell us about that and what it was like?

RL: It was something I didn’t know existed and I heard about it first. I went to 179th infantry, which is part of the old 45th, I was in the 180th the sister regiment. I was chosen for all my history from the 45th.

ON: What is your favorite memory from your career?

RL: The guys I met, the guys in my outfit, they all become family in the infantry and the clients that would come down with me to go hunting. Some of them stayed with me for 28 years and after 28 years you become good friends.

ON: What are your fondest memories of In-Lon-Schka?

RL: I enjoyed it; I enjoyed dancing, I have been dancing since I was about seven. I was proud of the fact that I belonged in there.

ON: Your marriage to Carmen is something we all strive for in life. Tell us about your great love affair with your wife.

RL: I came back from the Army and seen her at a dance. I was on leave or something. I asked who is that? They told me and through my various ways I managed to meet her and go on a date and that was it. We have been married for 68 years.

ON: What are you most proud of about your family?

RL: Most of them are taking a hold of the precepts that I talked about earlier: Honor, Courage and Loyalty and working or trying to work.

ON: What do you miss from your youth?

RL: Running and chasing my horse to catch him, I miss my cousins.

ON: What advice would you like to give to Osage youth?

RL: Study hard, learn your job and reach for the stars.

ON: You serve on the Osage Cultural Advisors Committee, what do you think is most important when it comes to protecting the Osage culture and its history?

RL: I think combining the old and the new to get what we need done. A long time ago the older people would decide things for the tribe and I think we should have a bigger hand in that, to help where needed, to further the ambitions of the tribe.