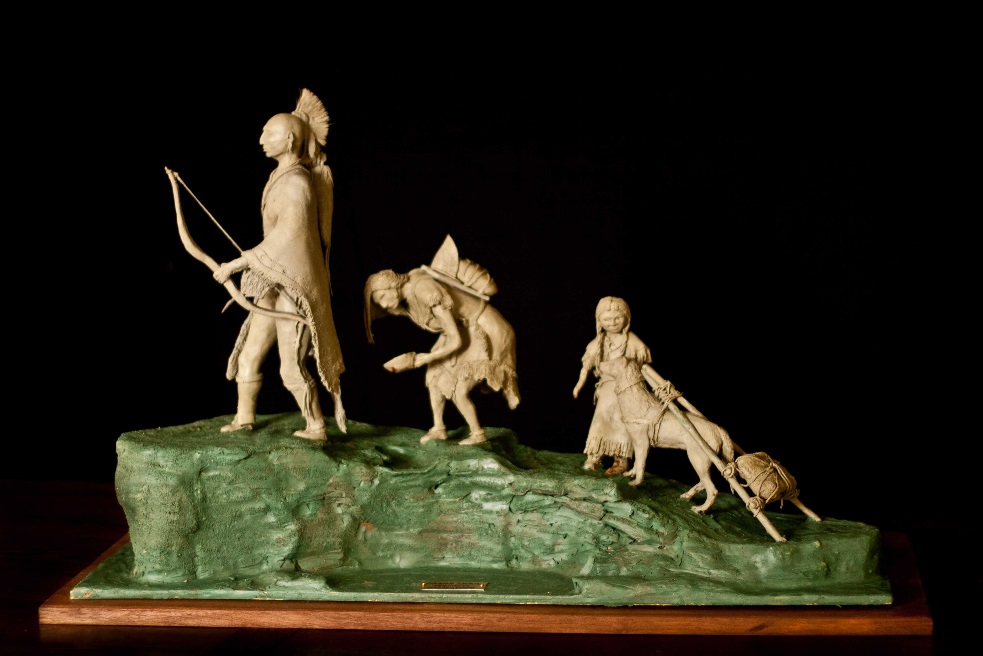 Officials from the Osage Nation visited Missouri twice in recent weeks to begin a process of reconnecting with ancestral lands and economic development opportunities.

According to local news reports and an ON news release, Principal Chief Geoffrey Standing Bear traveled to Cuba in late October where he provided support for efforts to raise funds for the largest monument ever to be constructed honoring Osage people and visited with economic development specialists from the area. The planned monument is named “The Osage Legacy” and will stand 35 feet tall and is under construction at the intersection of Interstate 44 and Highway 19.

According to a website promoting the statue, "this project will be the only known monument to the Osage Nation in Missouri" and also states: "The planned sculpture depicts an Osage family traveling westward along the Osage Trail. It will feature a warrior in period-specific dress and historically accurate ornamentation being followed on the trail by an Osage mother and her two children."

Red Corn spoke about Osage history in the area and about the traditions of Osage people, even today, that honor and revere veterans and soldiers. Following the event, the Assistant Chief received a tour of Miller's Cave on the Army base. In the release, Red Corn said he hopes the opportunity he was afforded to learn about and exploring the caves can be something Osages interested in the field of archaeology and anthropology can also experience in a cooperative effort with Ft. Leonard Wood CRMP. The tour concluded with a visit to a site that features rock art.