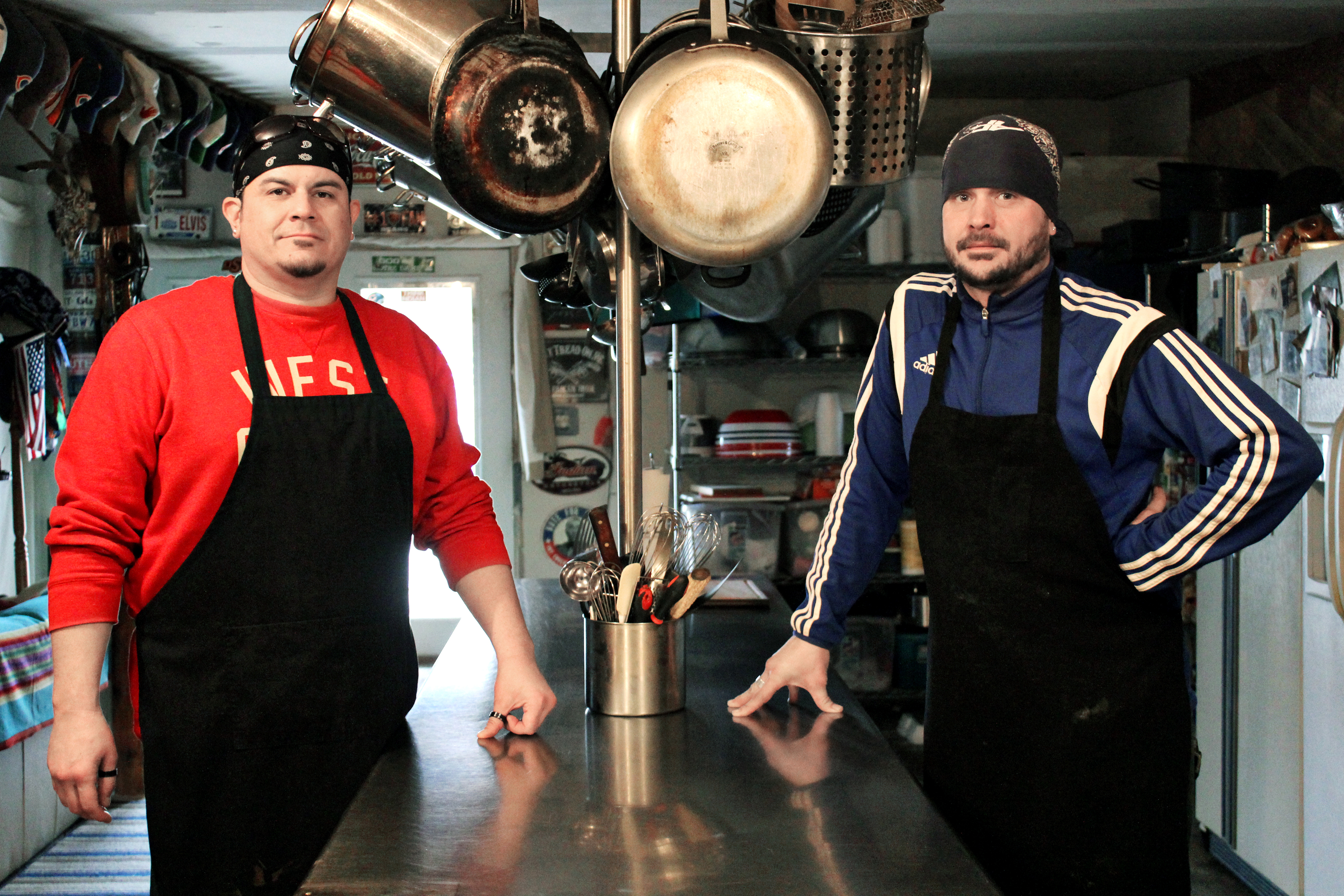 Brian “Da Chef” Lookout’s Facebook page is filled with photos of food, and compliments. “That was the best meal I ever ate,” “Thank you for the beautiful meal!” “Can’t wait for next week’s menu!”

Lookout is a trained Osage Chef from Pawhuska who owns and operates his own catering business called Ah Tha Tse Catering. Ah-Tha-Tse in Osage means, “we eat.”

“I really love what we are doing for the community, fresh food is better food and at a good price and we deliver,” Lookout said. “I wouldn’t trust anyone else but my brother Joe to prepare Ah Tha Tse food.”

Lookout and his younger brother Joe have been cooking in their custom built kitchen located on Pawhuska’s Okesa Road for the past four years, but have been in the industry for over 24 years. Located just outside Pawhuska, Ah Tha Tse is an Osage licensed business that caters for events and makes deliveries around Osage County to customers during lunchtime.

“He has good and unique foods, and great desserts,” said customer Charli Riddle.

The desserts can range from the ever-popular Tiramisu, strawberry margarita cream pies, Cherry chocolate brownie cheesecake and assorted homemade cookies. Not in the mood for desserts or watching your calories? Lookout prepares Chef salads and Asian chicken salads daily.

Want an Osage flair? They also have Meat Pies for the Masses on Wednesdays.

Lookout has been cooking in a restaurant environment since he was 21 years old. He got his start at Mondos Italian Restaurant in Tulsa as a line cook and eventually worked his way up to kitchen manager. He worked there for five years.

Joe also came to work at the restaurant, beginning their working relationship together.

Lookout’s mother Julia met an Executive Chef who was looking for a Sous Chef in Santa Fe, N.M. Brian traveled to Santa Fe and was a Sous Chef for two years. From that experience he became a certified chef. He returned to Oklahoma and went to work in Tulsa at the Southern Hills Country Club. He started as a line cook and after a couple of years he was upgraded to Sous Chef. His brother Joe went to work at the country club and started as a floater, filling in anywhere he was needed and ended up as a line cook before leaving the country club.

Brian came up with the idea to start a catering business in his hometown of Pawhuska. He uses his own recipes and thrives to create the best food he can. His brother Joe has joined him in the catering business and together they grocery shop, cook and deliver the food themselves, sometimes making anywhere from 50-70 deliveries within an hour.

They have catered many events for the Osage Nation, its departments and programs.

“I have nothing but rave reviews for Ah Tha Tse Catering. The Osage Nation Museum has hired them to cater multiple events. Brian and Joe Lookout are a pleasure to work with,” said Hallie Winter, Osage Nation Museum Curator. “They have a flexible menu to choose from with amazingly delicious choices, and on top of that, their professionalism and responsiveness is top notch.”

Their lunch deliveries have been climbing through the years and they hope that continues over the next few years so they can triple the orders and double the employees. They are almost to the point where they could use a few more people to help during their lunchtime deliveries.

“Our patrons and staff always rave about their food. In addition to catering large events, they also make some of the best lunches I have had in Pawhuska. I highly recommend them to anyone looking for a catering service,” Winter said.

Brian and Joe are the sons of Julia Karen Lookout and Vernon D. Naden. They are eagle clan and belong to the Pawhuska District and enjoy dancing in the In-Lon-Schka in June.