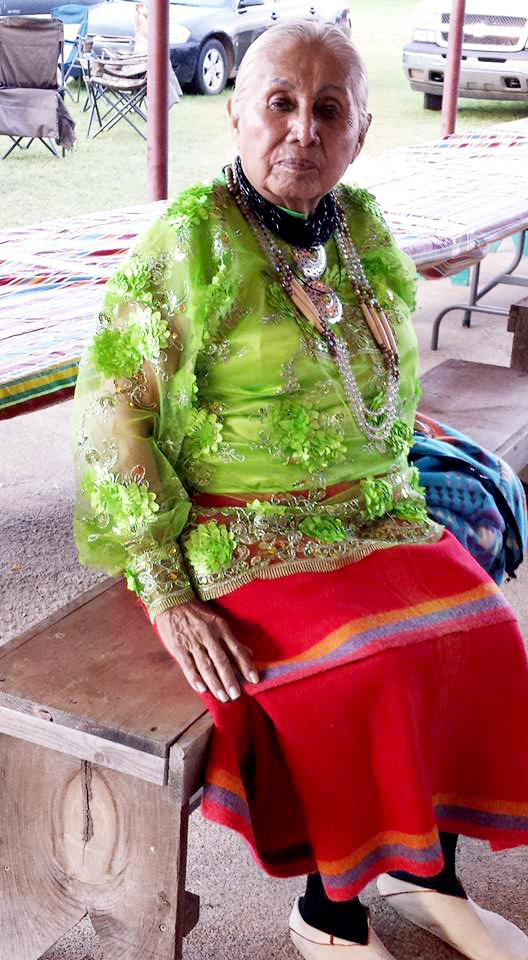 Eunice Cecelia “Dolly” Lane passed away on Thursday Feb. 4 at St. John Medical Center in Tulsa with her family at her side.

Lane was born to Thomas Green Jr. and Mary Osage Green in Fairfax, Okla., on Nov. 14, 1929. She was 86 years old and has lived the majority of her life in Fairfax. She is the granddaughter of Amos Osage and Eliza Osage Bigheart. She has two surviving sisters: Dolores Goodeagle and Beverly Brownfield and three deceased siblings.

Lane attended school at the Sacred Heart Catholic School in Fairfax until the sixth grade and then attended Fairfax Junior High. She went to Haskell Institute in Lawrence, Kans., for high school as a sophomore and graduated in 1948. The Haskell Institute later became Haskell Indian Nations University. She took a nutrition course at Northern Oklahoma College in Tonkawa, Okla. She worked for the North Central Intertribal Health Council as a CHR Osage representative and retired from there after 12 years.

Dolly always looked forward to the month of June to attend the In-Lon-Schka Dances in the Grayhorse, Hominy and Pawhuska villages. She enjoyed watching her children and grandchildren dance in competition powwows across the United States. Some of her favorite powwows to attend were during the California circuit in September and the Gathering of Nations Powwow in Albuquerque, N.M. Dolly was always very proud of her grandchildren and all of their academic achievements. She was always her grandchildren’s No. 1 fan when it came to sporting events.

She is survived by: daughters, Johnett “Jon Jon” Lane and Mary Olsen; five grandchildren; 14 great-grandchildren; and one great-great-granddaughter. Adopted sons, Marvin Thurman and Emil “Tiny” Her Many Horses.

She was very proud of her Osage and Sac & Fox Nation heritage.

Visitation hours with Dolly’s family will be held Friday, Saturday and Sunday at the Grayhorse village chapel.

Mass of Christian Burial will be held at 10 a.m., Monday Feb. 8 at the Sacred Heart Catholic Church in Fairfax. Burial will follow at the Grayhorse village Cemetery

Services are under the direction of the Hunsaker-Wooten Funeral Home. Friends may leave online condolences at www.hunsakerwootenfuneralhome.com.