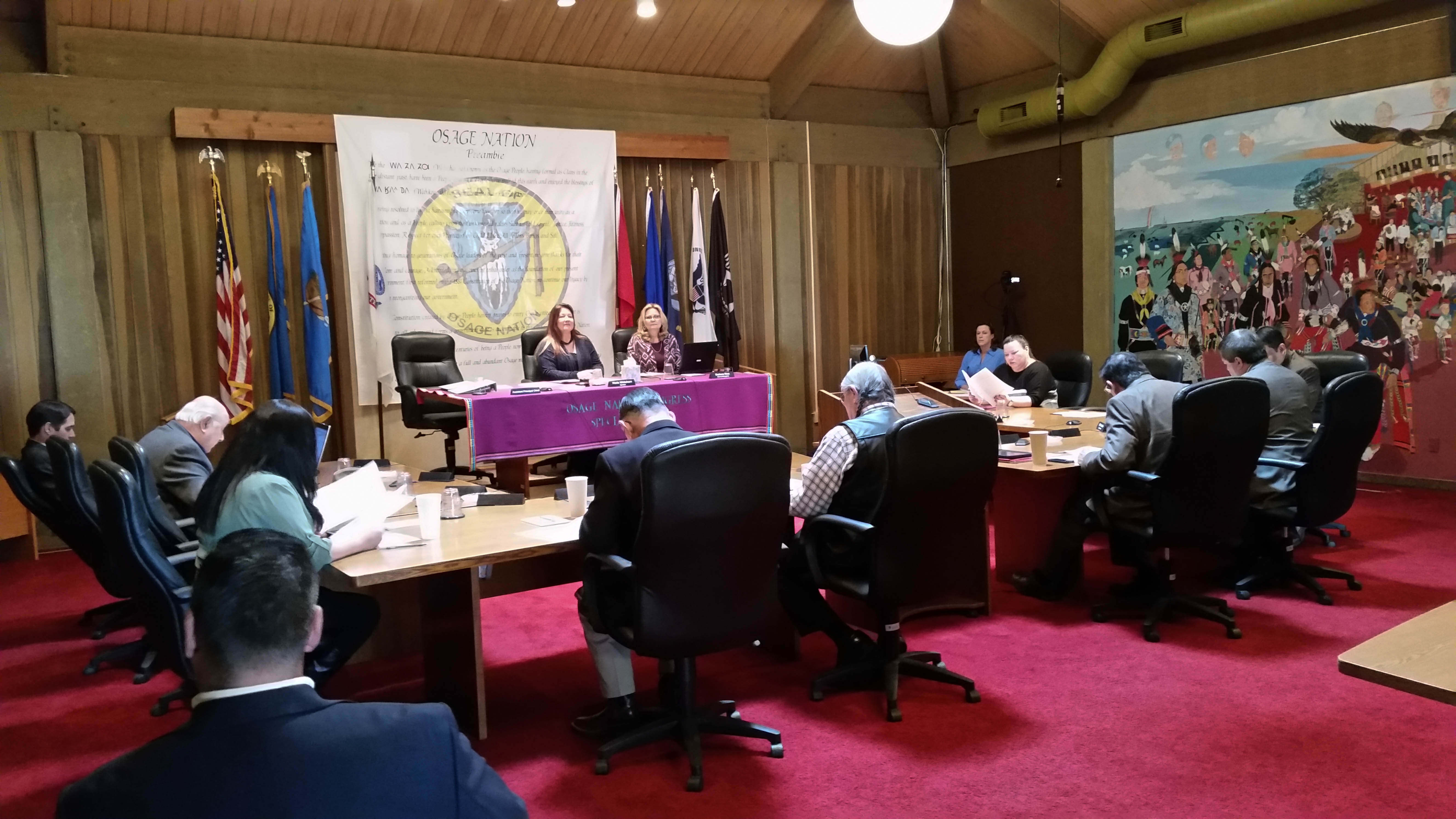 Efforts to teach the Osage language to children through an immersion school program will continue with the help of a federal grant being sought by the Osage Nation.

The Fourth ON Congress approved a bill (ONCA 16-18 sponsored by Congressman John Maker) during the 10th special session which authorizes $60,000 for a matching grant titled Administration for Native Americans (ANA) Language Preservation and Maintenance grant.

According to the bill, the Nation is committing to the three-year grant through the 2018 fiscal year and will submit a tribal funds match of $60,000 or 20 percent for each of the three years for the grant. Over the three years, the tribal match will total $180,000 for the $900,000 grant.

Candy Thomas, director of the Nation’s Office of Self Governance, Planning and Grants Management, said the grant money will be used for expenses in operating the Osage language immersion program, which currently targets children ages 0-5 and has 19 children participating in the program which launched last year.

During a Jan. 21 Congressional Appropriations Committee meeting, Thomas said other plans for the program include teacher training, more curriculum designing and to bring in cultural speakers to work with the students.

Assistant Principal Chief Raymond Red Corn said the Executive Branch sought the grant to cut down on spending tribal funds. He also said the Language Department will be managing the immersion program while Thomas’s office will be handling the grant compliance matters.

Maker called the bill “an act to help preserve our language, it’s very vital to being a nation” as he encouraged the Congress to vote for the bill on Jan. 22. The bill passed unanimously with an 11-0 vote and one absence from Congresswoman Alice Buffalohead. Principal Chief Geoffrey Standing Bear signed ONCA 16-18 into law on Jan. 27.

The ANA also states: “To achieve the goal of self-sufficiency and cultural preservation, ANA projects are planned, designed, and implemented by Native American community members to address the particular needs of their society. ANA subscribes to the philosophy that sustainable change must originate within the community.”