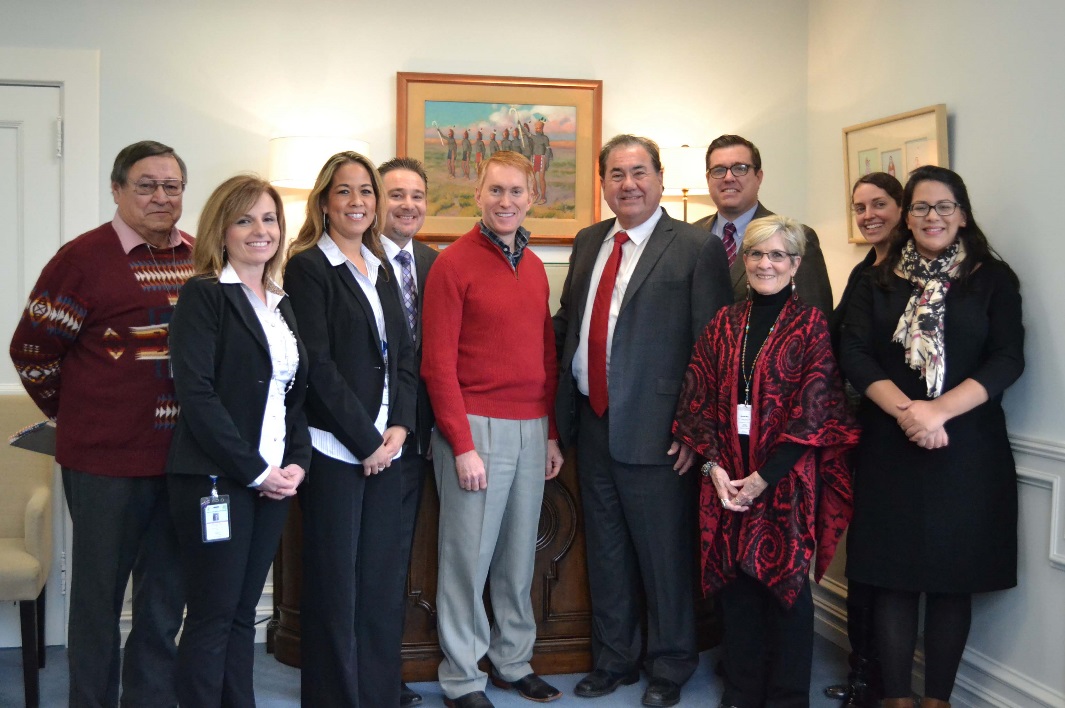 At the forefront of the topics was Chief Standing Bear’s position on moving forward with efforts to strengthen the Nation’s sovereignty, according to an ON Communications news release. Standing Bear believes the Osage should have a different relationship with the Bureau of Indian Affairs (BIA). He said the BIA should be providing technical assistance to the Osage Nation.

In the release, Lankford agrees with the Chief’s position and said: “Look at the most successful tribes and what they all have in common, they are the ones who have separated from the BIA.”

Standing Bear said discussions with Lankford are important to the Nation because Lankford is a member of the Senate Committee on Indian Affairs. Standing Bear and Lankford also discussed examples of successful economic growth, economic opportunities and resource development and protections.

Lankford was presented with an Osage Nation Code Talker commemoration coin that is a replica of a gold-plated original. Special Advisor to the Chief, Johnny Williams, presented the coin. Williams is a Vietnam combat veteran who was a medic with the U.S. Army Special Forces (Green Berets) and a respected Osage elder from the Grayhorse District.

Before leaving, Lankford expressed his deep appreciation for the opportunity to sit down and visit with the Chief and his staff. He said he is always thankful for time spent visiting in person and promised to stay in communication with the Chief on all matters pertaining to Osage people.