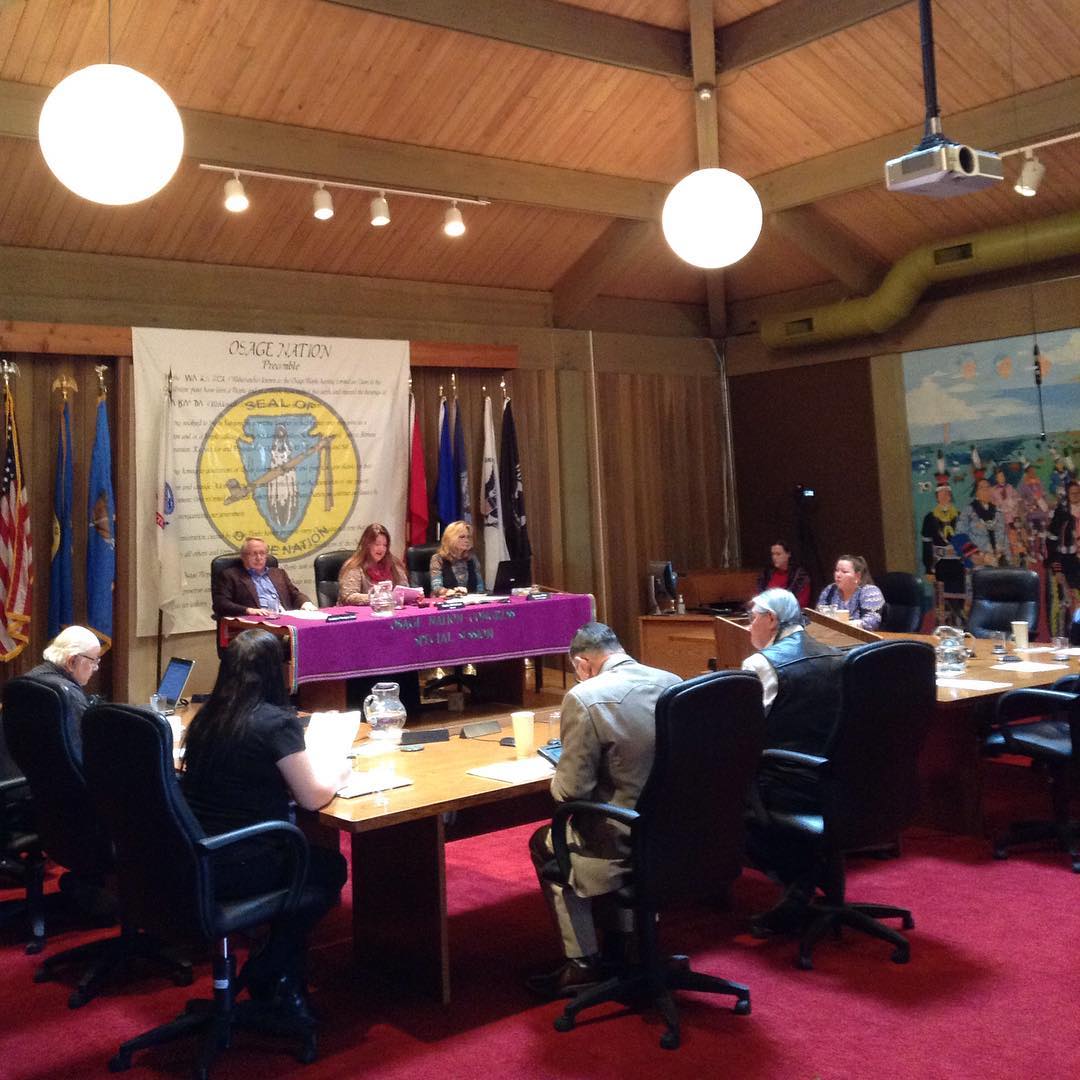 Osage Nation Principal Chief Geoffrey Standing Bear called the Fourth ON Congress into an emergency special session for the Congress to consider a waiver of sovereign immunity for the purchase agreement of the Bluestem Ranch property.

On Feb. 5, the 11th special session was called as an emergency session by Standing Bear for the Congress to consider a resolution (ONCR 16-12 sponsored by William “Kugee” Supernaw) approving the sovereign immunity waiver in the purchase agreement for the Bluestem Ranch. According to the Osage Constitution, only the Congress has the authority to approve waivers of sovereign immunity.

“We have deemed this an emergency because certain papers need to be signed to go forward in our goal for purchasing Bluestem Ranch,” Standing Bear told the Congress. Standing Bear’s office has been in contact with Turner Enterprises for purchase of the 43,000-acre ranch since late December. TV media mogul Ted Turner raised bison on the ranch located between Pawhuska and Fairfax south of U.S. 60.

In its January special session, the Congress gave its blessing, by majority vote, to approve an undisclosed amount of tribal money toward purchasing the ranch. The bill, ONCA 16-24, does not disclose the purchase amount, which was discussed in executive sessions among Congress members, the Executive Branch and their respective staff and attorneys.

“We believe it is such an important issue that it surely takes all of us to discuss and decide and to make that decision, you have arrived, established a quorum with short notice and again the Assistant Chief and I express our gratitude for you doing this,” Standing Bear said.

Congressional Speaker Maria Whitehorn said she received notice of the special session 18 hours prior to the Feb. 5 session’s 10 a.m. start and noted that amount of notice time is not always sufficient for Congress members to make the emergency sessions if they have outside employment obligations, which applied to two members of Congress for the session. That day, Congress members Ron Shaw, Shannon Edwards and John Maker were absent.

That morning, Supernaw filed ONCR 16-12 and the sovereign immunity waiver issue and purchase agreement – considered a confidential document – were then discussed in executive session as a legal matter. Afterward, the Congress reconvened in public session where ONCR 16-12 – advanced for a final vote that day – passed with a 9-0 vote and Standing Bear signed the resolution later that day.

On Monday Feb. 8, officials from Turner Enterprises met with ON tribal officials in Pawhuska. Later that day, the Executive Branch told the Osage News: “This morning the Osage Nation, working in cooperation with the leadership of Turner Enterprises here in Pawhuska, executed an agreement for the purchase and sale of Bluestem Ranch. Both parties are bound by a confidentiality agreement until the sale is closed. The Osage Nation will make no further comment until the transaction is complete."