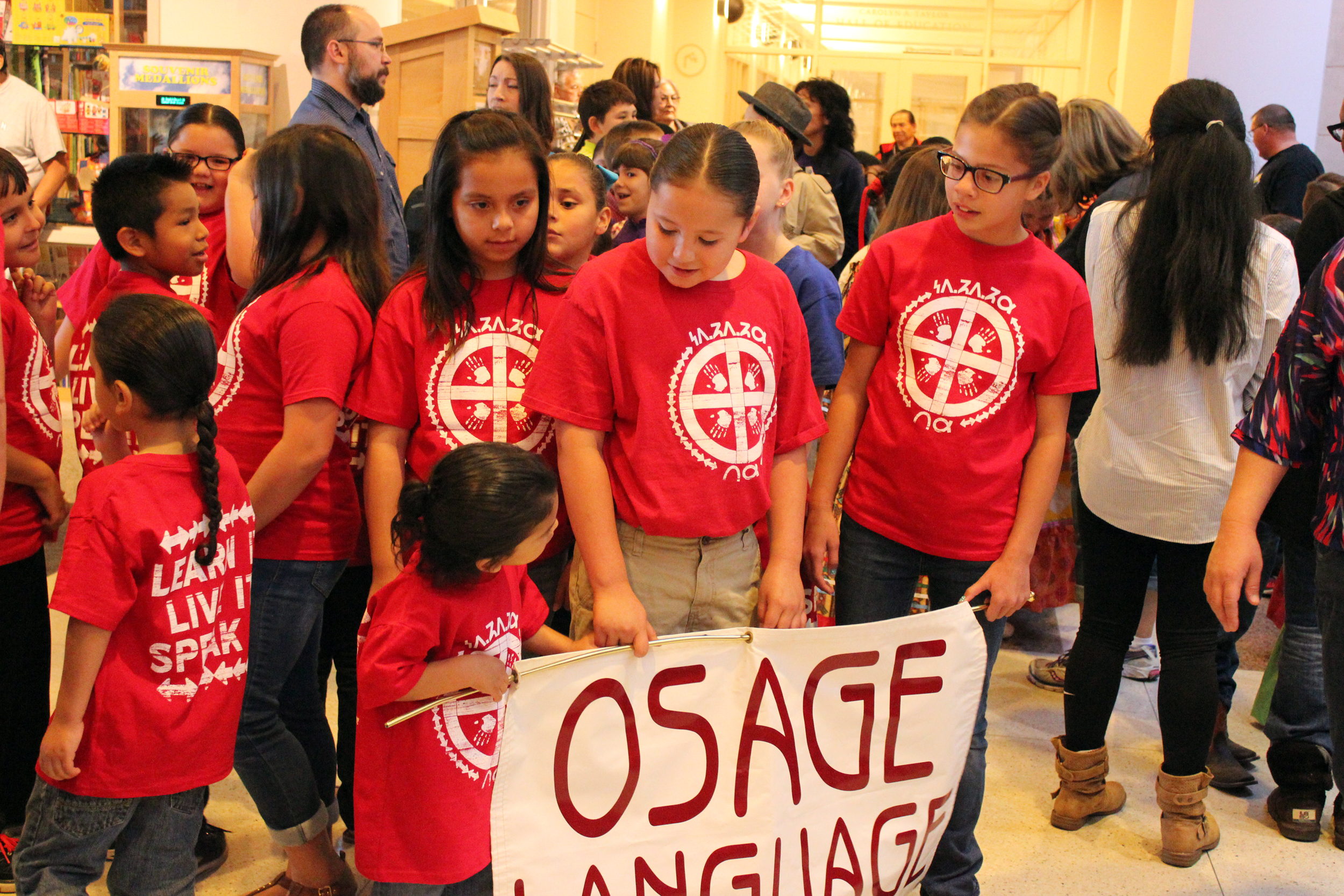 Live it. Learn it. Speak it.

That was the message Osage language students wore on their red T-shirts at the 14th Annual Oklahoma Native American Youth Language Fair this year. The fair was held at the Sam Noble Natural History Museum in Norman, Okla., on April 4.

Competing for the first time was the Osage Immersion Program, ages 2-4. The students sang their numbers from 1 to 10 in the Osage language. They identified animals, colors and numbers in Osage using signs and stuffed animals.

“I thought the children did great,” said Immersion teacher Donna Barrone, who treated all the children to lunch at Chuck E. Cheese’s in Norman afterward.

The Immersion Program won third place in their group, with all students receiving medals and a third place trophy.