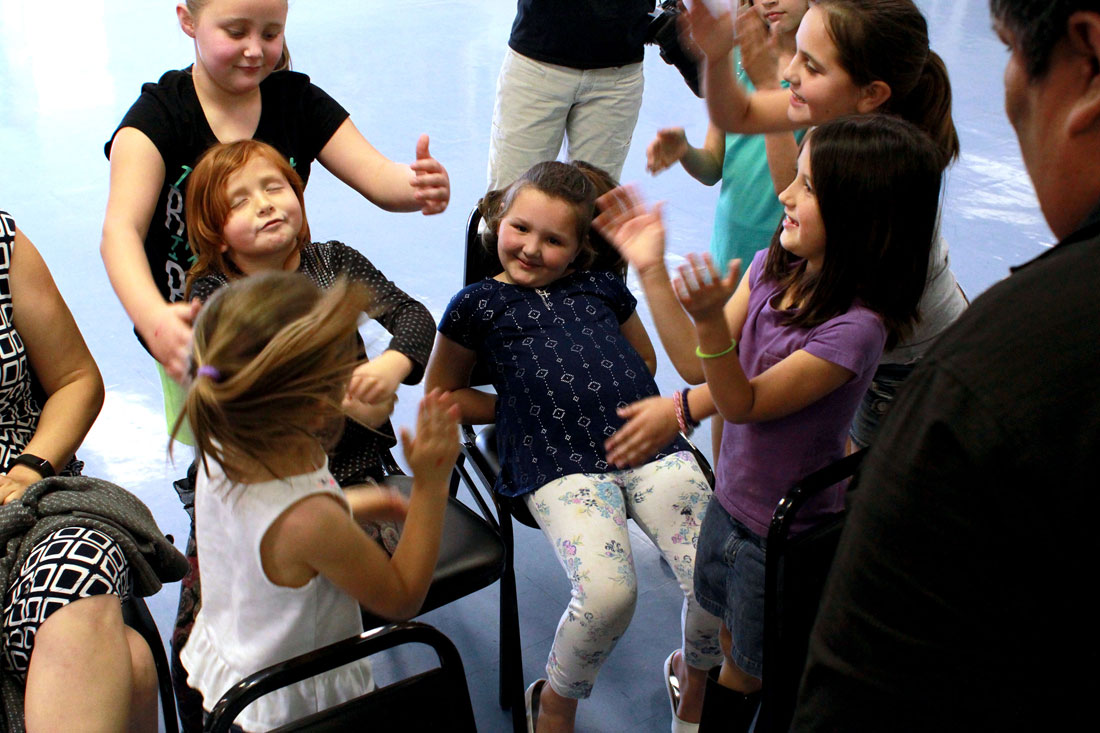 The Wah-Zha-Zhi Cultural Center hosted an educational handgame for Osage youth who attend the Wah-Zha-Zhi Youth Academy in Pawhuska.

The event was to teach the children how to play a handgame, the events during a handgame and general Osage customs and traditions practiced. The children played, laughed, round danced, war danced and feasted on meatpies made by Ann Sleeper of Hominy.

A handgame is a widely practiced game played in a variety of ways all over Indian Country. The premise of the game is to hide a bead in one of your hands while a chosen guesser tries to guess which hand it is in. The hider hides the beat to the backdrop of songs sang by singers while the guesser tries to guess as opponents distract him or her. The opponents normally try to distract the guesser. In the case of the WYA handgame, the kids laughed, screamed, danced and waved their arms in time with the singing to throw off their guesser.

“The reason why I invited the WYA students over here today was in conjunction with Sovereignty Day. I wanted to share our culture with our young people,” he said. “I’m hoping we can do this more often with these children … to help with cultural preservation. They’re our next generation to continue on our ways.”

One of the customs Bighorse told the girls was they should always bring a shawl to a function so they can participate. Women are not supposed to dance without their shawls on and the girls need to remind their mothers to take their shawls when going to an event, he said.

Pehan RedCorn, 5, single-handedly won a round of handgame against her guesser, WYA Instructor Herman Sleeper, which is very hard to do. She said she enjoyed playing handgame the most during the event, even more so than the dancing or her delicious meatpie.