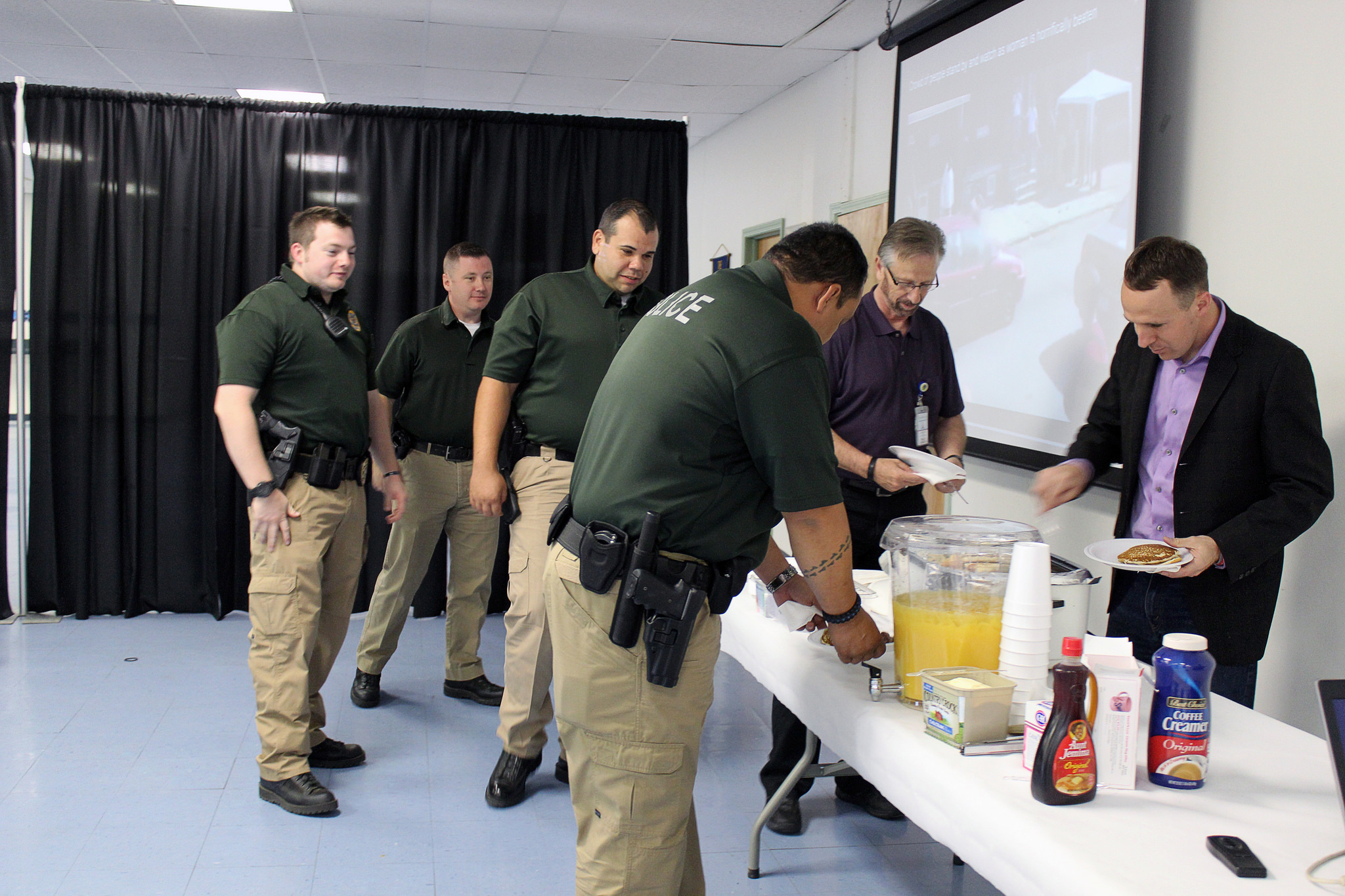 The Osage Nation Counseling Center is continuing its mission to raise awareness of the consequences and dangers associated with domestic violence and abuse.

The Counseling Center invited local men to its annual Pancake Breakfast on June 7 in Pawhuska to discuss the topic and available resources.

ON Domestic Violence program administrator LaVina Clark said it’s important to discuss the issue with men, noting that beating and abusing significant others and family members “is not the Indian way, this is not the Osage way.”

At the event, Clark played a YouTube video of surveillance footage recording a man beating a woman in broad daylight on a Russian street as people walked by and did not intervene.

“Ask yourself: what would I do if I saw that on the streets of Pawhuska?” Clark said, adding she was also a survivor of domestic violence while married to a former husband. “I don’t want anybody to go through what I went through.”

Clark said helping others who are caught in domestic violence situations is something she feels passionate about, therefore she continues to work with abused clients and educates others on abuse and domestic violence.

Parker said he hosts a batterers’ group to speak with those who have abused or beat others in their lives, which are often sticking points in court cases and custody disputes.

“We’re trying to bring (awareness) to the forefront, too many people have been hurt, some people have died,” Parker said. For example, Parker noted people can be abusive without physically harming others, such as verbal bullying and talking down to others.

Parker said he will undergo training this summer and he will come up with “an eclectic program that will include consequences and show what a batterer has done – look at the children, they see it.”

For more information on services or to seek help, the Osage Nation Counseling Center and Domestic Violence Program is at 126 E. 6th St. in Pawhuska and can be reached at (918) 287-5422. Its website is at: www.osagenation-nsn.gov/what-we-do/counseling-center