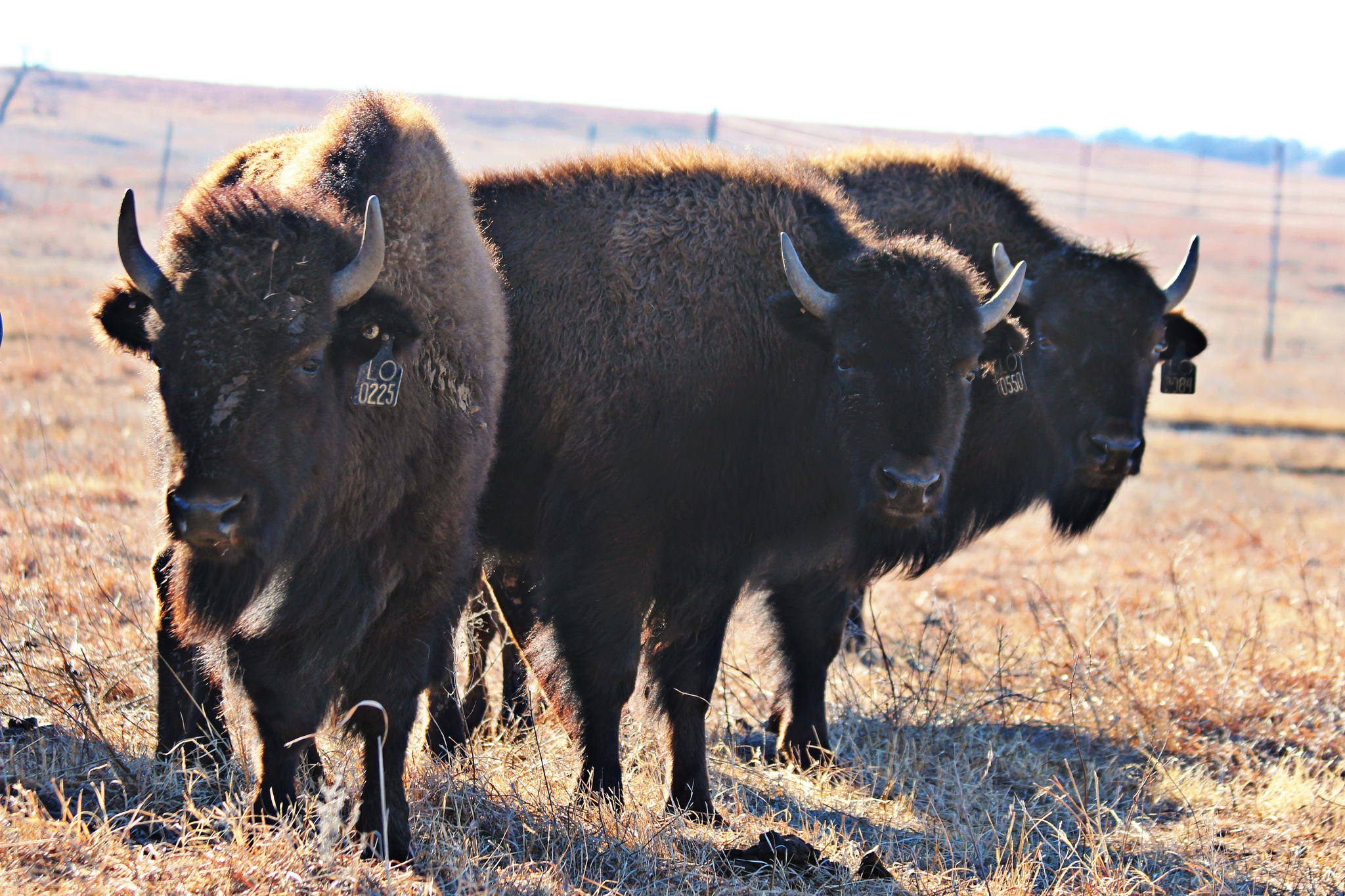 Bluestem Ranch board and Standing Bear at odds over bison

The Bluestem Ranch, LLC, board announced in their last meeting they are not in favor of putting bison on the newly acquired 43,000-acre ranch, despite Principal Chief Geoffrey Standing Bear’s stated priorities for the land.

The five-member board met on June 10 at the Pawhuska Business Development Center in Pawhuska to discuss alternatives and give their reasons for not jumping into the bison business.

“I am not in favor of a bison preserve,” said board member Francis Murphy. “If we get into the bison business, they need to make money.”

“I agree. I don’t want this ranch to become a money pit,” she said. “We need to figure out what this bison herd can do besides be something to look at.”

The board, which has been formulating a business plan in continuous executive sessions since their first meeting on April 20, discussed in public for the first time the realities of money, employee needs, equipment needs, insurance, fencing needs and the fact that they don’t have any experience with managing bison. They were approved for a budget of $2 million by the Congress in March.

The Nation officially takes over operations of the Bluestem Ranch on Nov. 1.

Standing Bear said he was disappointed and shocked to hear the board’s wishes. He said he knew they had concerns over money to buy the bison but he did not know their priority for the land was to solely make money.

“That’s not why we bought this land. If we just wanted to make money then we would have put that $74 million into a new Bartlesville casino where we would have been guaranteed to make at least $10 million a year,” Standing Bear said. “Now I’m hearing the reason we have it is so someone can make a profit? No. That’s not what we did this for. No.”

He said his priorities for the land were bison and educational opportunities for youth. He said he stated them both publicly and in private to each board member before he appointed them.

In an email sent to the board from Standing Bear dated June 15, he reiterated his priorities for the land.

“It has been reported to me this Bluestem Board has other priorities. I do consider your acceptance of my appointment as total agreement with my stated priorities. I now am told that you are in breach of this agreement,” Standing Bear said. “Given the change of circumstances I am reassessing the role of Bluestem, LLC in the activities on land of the Osage Nation.”

Attached to Standing Bear’s email was a June 9 letter from media mogul Ted Turner, whom the nation bought the ranch from for just over $74 million. In the letter Turner congratulates the nation on the return of their lands.

“We are both overwhelmingly pleased that the Osage Nation and Turner Enterprises have successfully concluded the ownership transfer of the Bluestem Ranch,” said Turner. “It is our sincere hope that the Osage Nation will own this land for all future generations and use it as a learning environment for your children and a home for bison.”

He said the Turner Enterprises team has been raising bison for over 30 years and would be “happy to assist the Osage Nation in any way possible” as the nation continues the work of raising bison on Bluestem.

Faren Anderson, chairwoman for the Bluestem Ranch, LLC, board, said at their June 10 meeting that when Ted Turner’s employees turn over the property to the nation, “there won’t be a hammer left.” They are taking all of their equipment and leaving it up to the nation to purchase everything needed for a ranch operation.

The bison currently on the ranch are yearlings, she said, meaning they are only a year to two years old. She said Turner wanted over $800,000 for 440 yearling bison she was told were “not desirable” for breeding herds and that’s why they were on his Oklahoma ranch.

Anderson said Standing Bear has requested a bison preserve on a quarter of the property. She said she is not opposed to bison, and the board agreed, but if the board wants to start learning how to manage bison one option is to become a member of the Intertribal Buffalo Council.

The ITBC is a federally chartered Indian Organization under Section 17 of the Indian Reorganization Act, according to its website. It has a membership of 58 tribes in 19 states with a collective herd of over 15,000 buffalo, which they give to tribes for free as well as host educational programs and help tribes receive grants for fencing and other needs.

The board agreed that joining the ITBC would be a good way to start looking into running a bison operation and named board member Jim Perrier as the nation’s representative to the ITBC.

Also in attendance at the June 10 meeting were Congress members Alice Buffalohead, Angela Pratt, Ron Shaw, William “Kugee” Supernaw and Maria Whitehorn. A representative from the chief’s office was not present.

Buffalohead said Congress supports the Bluestem Ranch board and if they ask for $800,000 to purchase buffalo they would appropriate it, despite budget restraints.

Supernaw said he thought the buffalo was an unnecessary expense if they can get the buffalo for free from the ITBC.

Anderson said both the Quapaw Nation and Cherokee Nation began their bison operations with free buffalo from the ITBC. The Cherokee built high fencing for their mature herds and the Quapaw installed pipe fencing, both are expensive, she said.

Murphy said everyone needs patience. He said the nation can run cattle on the property during the summer and in the fall, if there is still grass and the ITBC has buffalo to give they would be more prepared to run a small operation of 50 buffalo.

Discussion among the board members at the meeting referenced conversations they individually had with Standing Bear that suggested an ultimatum was given to the board about the bison.

“We made an assumption that all this property would be managed by this board,” Anderson said. “To hear that we wouldn’t be, it’s kind of put the brakes on everything.”

Meade said after a conversation with Standing Bear, she is unclear if the board has full control over the land or if they will only be managing part of it.

“I was honored to be asked to be on this board. I was told we would have complete control and we would have $9 million available, then it came down to $2 million. We said we would make this work,” Meade said. “The chief told me he would like to have buffalo but it would be our decision and then I was surprised when it wasn’t our decision. This board has realized if it is not our decision then we can’t do a good job for the Osage people.”

Meade said the chief said he would create another board if they decided not to have buffalo on the land and he would only work with that board. Anderson added, “a board that was willing to put bison on the land.”

Standing Bear said he told the board he could appoint a board to just manage the bison, if that would help, not to replace the Bluestem Ranch, LLC, board.

Buffalohead and Supernaw both said they were under the assumption the board was to manage the entire property and that the decision about bison was theirs.

“I would really be disappointed if anyone tried to use this board to coerce to doing things their way,” Supernaw said. “That would probably be a violation of ethics and the Constitution.”

The board voted to send a letter to Standing Bear requesting a meeting to discuss the management of the land and the priorities of the nation.

To learn more about the Intertribal Buffalo Council, visit: http://itbcbuffalo.com/