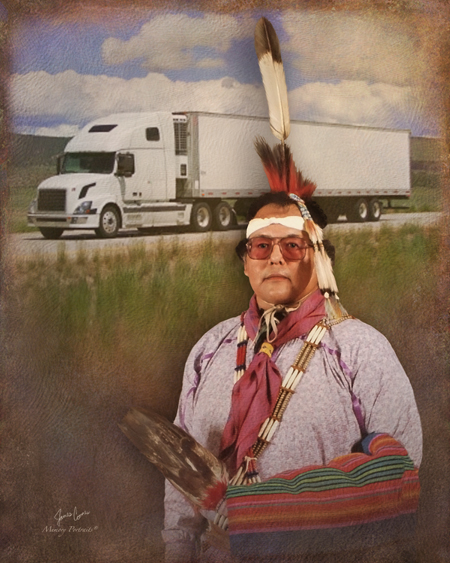 Jonathan grew up in Osage County and he was married to Andrea Ann Tallchief Goode. Jonathan served in the Army during the Vietnam Conflict. He drove over the roads with Trucks for more than 40 years and at the time of his retirement due to health he was driving for Prism Trucking.

Jonathan was an avid pool player in his early days and was known as “Sharky”. He also enjoyed going to Casinos and before his ill health he would always help a friend.

He is survived by his two sons: Talons Tallchief Goode of Fairfax and Tonkah Yellowhorse Goode of Utah; Cousin: Marie “Tiny” Morrell of Ralston, OK, and numerous other cousins and relatives.

Jonathan was preceded in death by his parents.

Online condolences may be done at www.hunsakerwootenfuneralhome.com