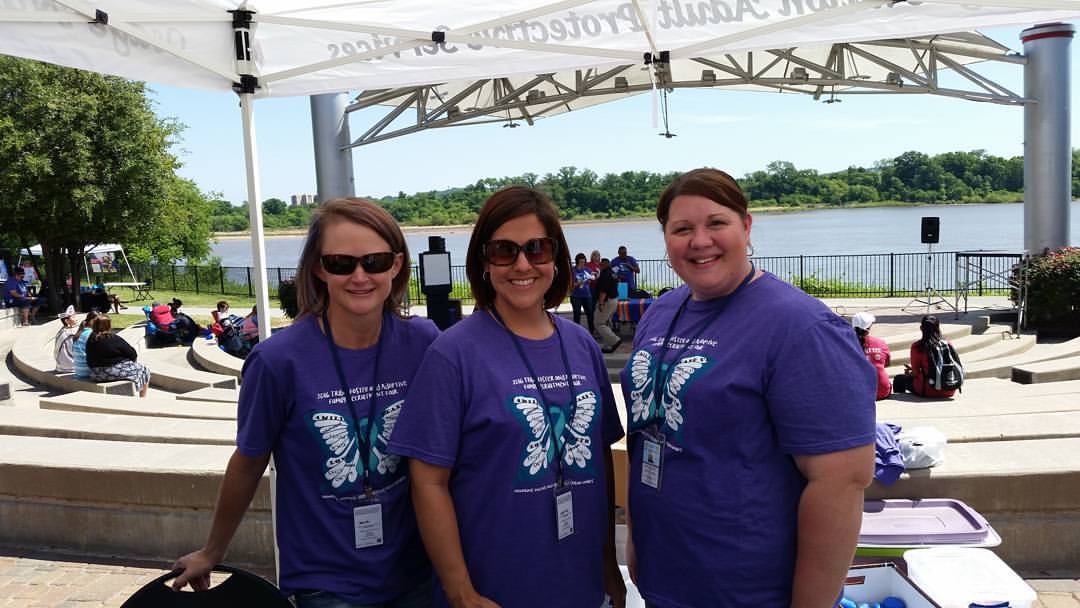 The May 7 event was held at the Jenks Riverwalk alongside the foster care programs for the Cherokee and Muscogee (Creek) Nations. The event featured guest speakers and booths where attendees could speak with staff about information to adopt or take children into foster care.

According to the ON Social Services Department, “of nearly 10,700 children in state custody in Oklahoma, 3,600 are Native American. Many are placed in non-Indian Child Welfare Act-compliant homes. Oklahoma tribes are in need of tribal foster and adoptive homes for placement of tribal and state custody children.”

Among the event guest speakers were Alex and Erica Red Corn of Kansas who spoke about their experiences in becoming adoptive parents. Alex Red Corn (Osage) and his wife adopted a young Sioux boy and recalled the excitement of getting the call stating their adoptive parent applications were approved to adopt their new son. They also noted the challenges in becoming parents and said they keep their son connected to Native American culture including Osage and Sioux.