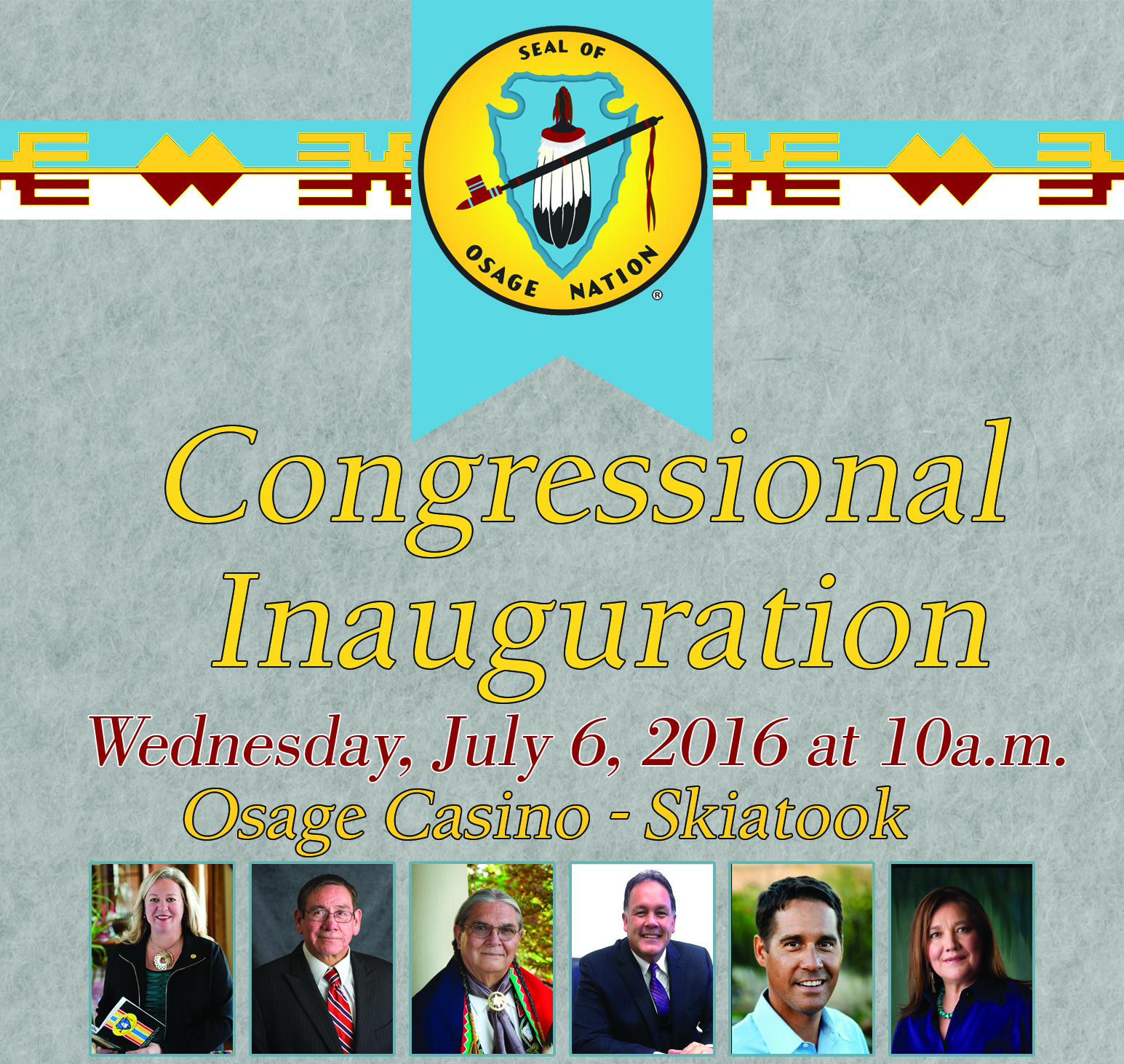 The inauguration of the Fifth Osage Nation Congress will take place on Wednesday July 6 at the Skiatook Osage Casino Hotel starting at 10 a.m.

On that day, Congress members Archie Mason, Maria Whitehorn, RJ Walker, Shannon Edwards, John Maker and first-time-elected Joe Tillman will take their oaths of office. The oaths will be administered by Osage judges from the Nation’s Judicial Branch.

The event will be live streamed by the Osage Nation Communications department on www.osagenation-nsn.gov.