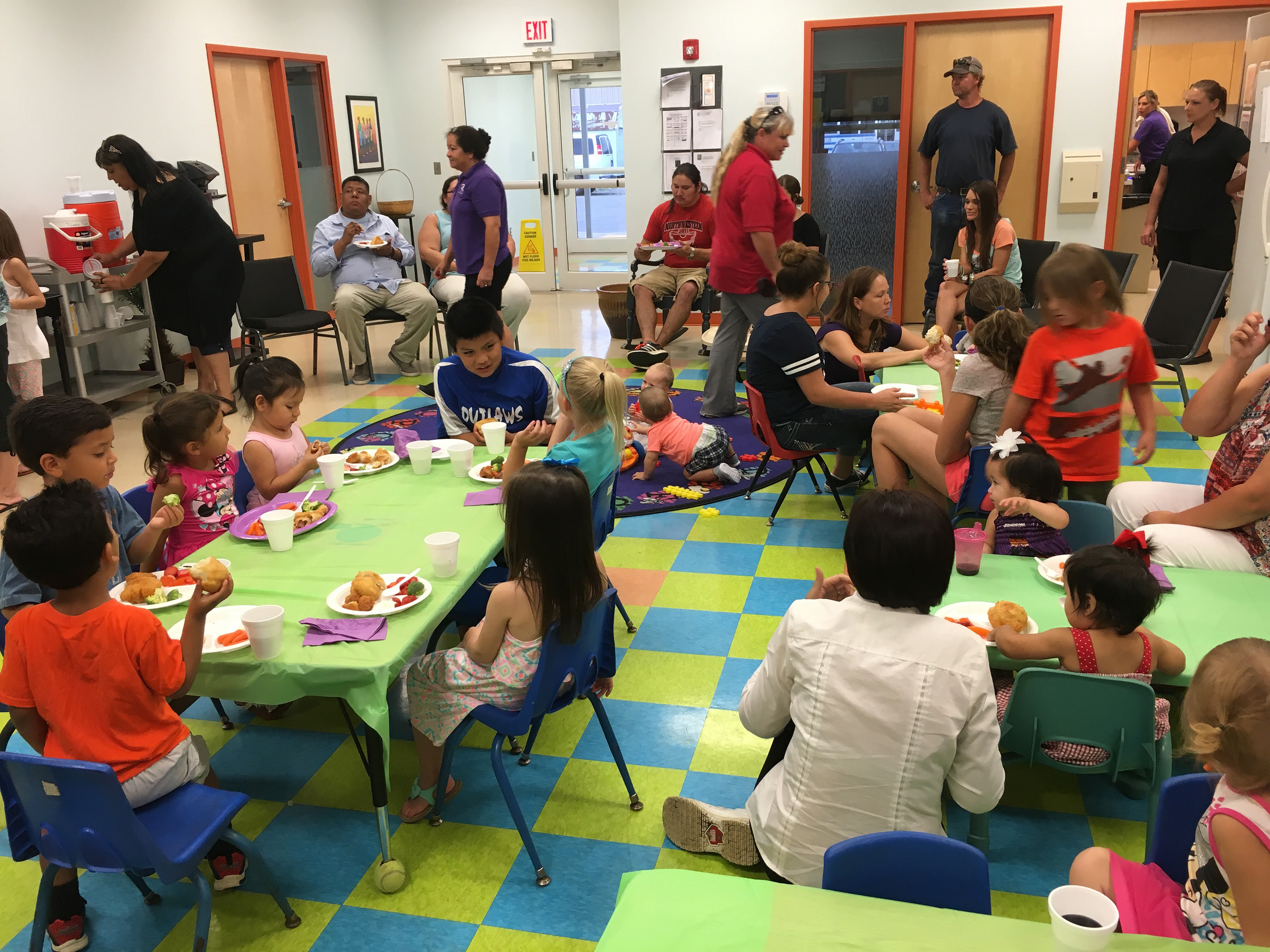 “I’ve had Osage children from that program come up and speak to me in Osage. I told them that they are going to have to teach me and every one of them was excited about that prospect and saying ‘yes, we will!’” Standing Bear said. “I’m very proud of not only them, but our teachers and the parents. Plus, let’s not forget our own language program that has been working with the children and our teachers because our teachers are constantly learning to speak the Osage language ... they’ve been doing a great job.”

The classrooms are small, no more than eight students, and staff and students form a tight bond as they learn the language and mainstream curriculum. The Nation has also provided a Head Start program for decades, which will continue. The immersion school serves Osage children 6-weeks to Kindergarten, with plans to extend to the 12th grade. The school is year round.

Two students graduated from the first year of DAPOSKA A^KODAPY, five-year-old Joseph Duty, and five-year-old Sam Harding. Both will be part of the inaugural Kindergarten class, along with four to six other students.

“The first year of immersion was New to all of us ... it was such a fun, exciting year for the students and teachers. I’m super excited to watch Joe and Sam progress on into Kindergarten,” said Michelle Harding-Price, DAPOSKA A^KODAPY center manager and Sam’s mother. “It makes my heart so happy to watch them take another step for the school and be our first Kindergartners.”

Harding-Price said children’s native languages are critical to the development of their identity and this program provides a place where children can start at a pre-verbal age to learn Osage as a first language, which combined with culture will strengthen their self-esteem and Osage identity.

She said the school’s goal is that someday Osage speaking children will not be the minority but the majority.

Standing Bear said there is an increase of students from 19 enrolled in 2015 to 28 enrolled this year, and the only reason they aren’t allowing more is because the lack of teachers, not because of a lack in funding. He said he believes the Congress supports the immersion school 100 percent and in the future he hopes to have more teachers of the Osage language.

“I can tell you the children, as you know, are picking it up so fast but it’s not just them it’s the teachers and the parents, they are all part of that whole movement. So I’m very proud of everyone,” he said.

To enroll your child in DAPOSKA A^KODAPY, please complete the application located on the website at https://www.osagenation-nsn.gov/what-we-do/immersion-project. Completed applications may be submitted in person at 128 W. 15th Street Pawhuska, Oklahoma, 74056.