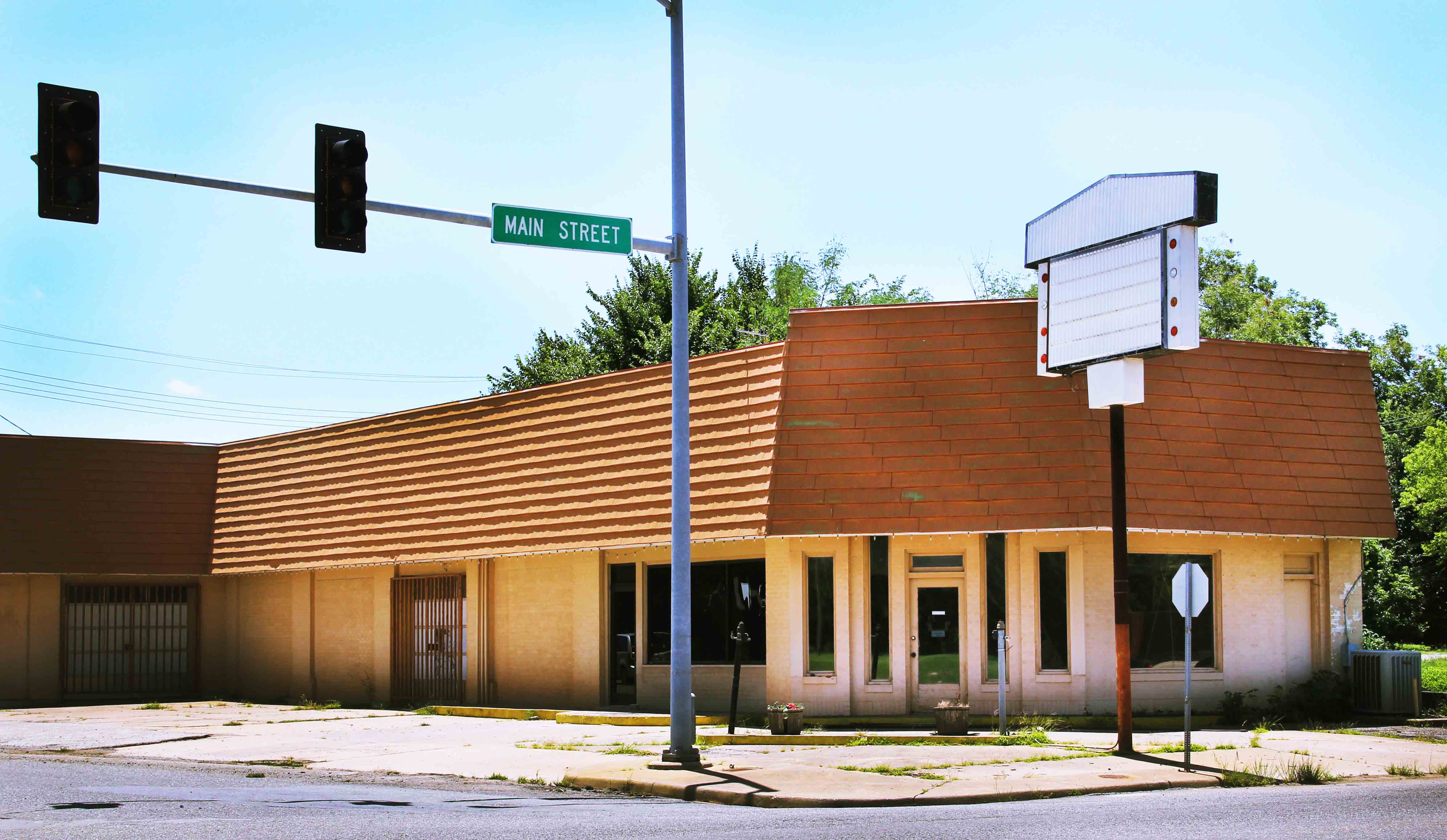 Plans are underway to transform the former Pawhuska Pawn Shop into an Osage Interpretive Center by mid-September thanks to Osage Nation efforts to clean out the now-tribally-owned building to promote the Nation’s services and culture.

Principal Chief Geoffrey Standing Bear said timing for renovating the old pawn shop building and opening the interpretive center – at the southwest corner of Main Street and Lynn Avenue – is crucial because an increase in tourism is expected in September when TV cooking celebrity and local resident Ree Drummond “The Pioneer Woman” opens her Mercantile store and restaurant and deli in a two-story downtown Pawhuska building she owns.

Standing Bear said he was informed Drummond plans to open the Mercantile building on Sept. 15 and that is the target date he also wants the interpretive center to open for the increases in Pawhuska visitors. “I want to intercept all this traffic,” he said.

On July 20, Standing Bear presented the interpretive center plans to the ON Gaming Enterprise Board during a meeting in Tulsa and asked the board if the Osage Casinos would be interested in opening a gift shop and promoting the casinos at the Pawhuska center. “We want to promote our culture, programs and museum,” Standing Bear said and asked the gaming board if they would consider leasing space for a gift shop.

Standing Bear said the interpretive project would proceed with or without the casino’s involvement, but wanted to reach out and see if the board and casino management would be interested in leasing space. He also said the casino’s assistance is appreciated because the building is in need of upgraded restrooms, which would need to be handicap-accessible.

By the meeting’s end, the gaming board voted unanimously to support a sponsorship of the interpretive center with terms to be negotiated by the Osage Casino management team and reviewed at the end of one year. Board members voting “yes” were Chairman Mark Simms, John “Trey” Goldesberry, Susan Proctor Kneeland, Traci Phillips and one absence from Mark P. Revard.

Standing Bear said the former pawn shop was purchased during the Chief John Red Eagle Administration for $142,000 and was used for years as a storage space for “furniture, junk,” glass, appliances and unused electronic items that became outdated and was “packed to the ceiling” inside. Clean-up efforts lasted over the course of 18 months with the help of other community members and AmeriCorps staff who work through the Nation’s Communities of Excellence department to clean out and renovate the building, Standing Bear said.

The Communities of Excellence department has also partnered with AmeriCorps and Ta-Wa AmeriCorps programs to develop Wah-Zha-Zhi Eco Park, which is planned for development across Lynn Avenue from the building where the Nation-owned Bird Creek Farms are located along the creek.

Also, Standing Bear said his office recently met with Drummond, who said new jobs will come to Pawhuska when she opens a distribution center for the Mercantile store in the former ALCO store building on the west end of Pawhuska. Drummond bought the store building to house those distribution operations, which could bring 180 new jobs to the area, he said.

Standing Bear said plans are also in works to open up first floor space in the former First National Bank Building (now owned by the Nation) for shopping kiosks as well. The former bank building is across Main Street from the Triangle Building (also undergoing renovation work by its respective owners), Mercantile building and houses a few ON departments on the upper floors.

Communities of Excellence Director Gail Boe said her office plans to reach out to departments for displays in the interpretive center. Plans already call for a tapestry of the Cahokia Mounds from the Historic Preservation Office and items from the Osage Nation Museum, Boe said.

Standing Bear said upgraded restrooms for the interpretive center would not be completed before Sept. 15, so plans will be made to bring in portable toilets. He told the gaming board an estimate he received for new restrooms would be $55,000.

The building measures 3,920 square feet, according to Standing Bear who said his office is open to agreement lease terms for the casino to reserve space at the interpretive center.

“Pioneer Woman” Ree Drummond, whose family lives on her husband’s ranch west of Pawhuska, hosts her own Food Network cooking show and has spent approximately four years planning and renovating the building spaces she purchased on the corner of Main Street and Kihekah. Drummond occasionally discusses her development plans on her Confessions of a Pioneer Woman blog.

On June 29, Drummond wrote: “I’ve referred to it as a labor of love for a long time, but it really, really is. We love that old building and what it represents, and while on paper, it’s sort of a crazy (insane) idea to open a big deli, mercantile store, bakery, and (now) online store/warehouse in a small town in northeastern Oklahoma, the fact that it is in our small town is what makes it so fun.”

Drummond recently purchased the former ALCO building after the store chain ceased operations last year. The building will serve as the warehouse for the mercantile building and will also be the shipping center for the online store, she wrote on June 6.