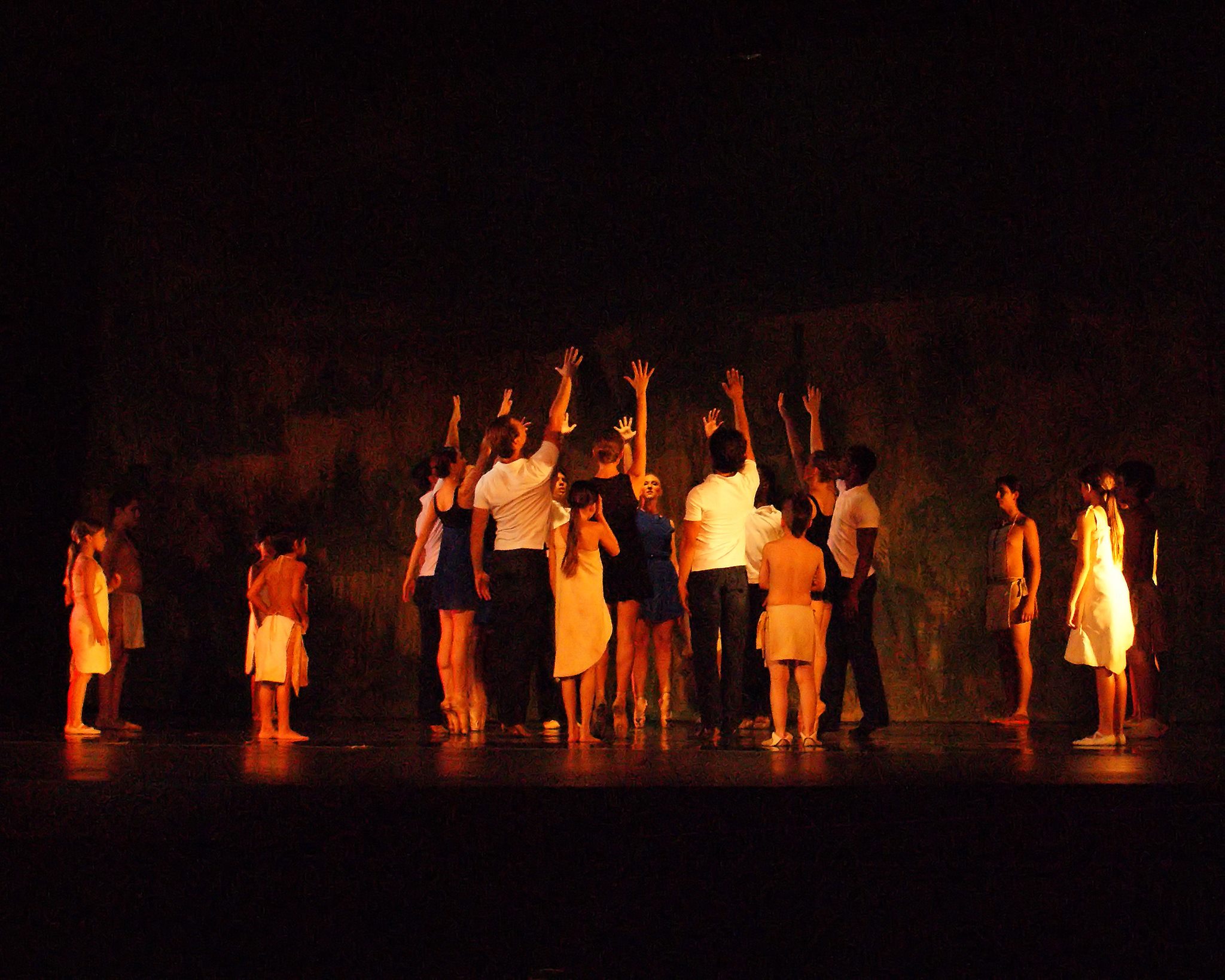 “It was a successful trip, the crowds were really receptive, I got a lot of emails and calls asking when we’re coming back,” said Randy Tinker- Smith, the ballet’s director. “It was an especially off-the-charts opportunity for our children to be able to perform alongside such huge talent. Principal Dancer Miki Kawamura from the Oklahoma City Ballet was exquisite. Our male dancers seemed to fly across the stage, their jumps were so powerful!”

The ballet contains scenes about Osage customs, social interactions, Indian boarding schools, as well as the lucrative oil years. They tell the story of the Osage murders – also referred to as the “Reign of Terror” – as well as honoring military veterans and the Osage adapting and walking in two worlds.

Tinker-Smith said five members of the Oklahoma City Ballet joined the performance, including their director Shane Jewell. She said Jewell is a former mentor and has helped guide her as the ballet evolved.

“The pro-dancers mentored our children and showed them the discipline required to dance ballet,” Tinker-Smith said. “One child had intended to quit ballet after the performances. After working with the pro-dancers, she was inspired to continue studying ballet.”

Principal Chief Geoffrey Standing Bear introduced both performances to the crowd in Santa Fe and showed his support to the ballet and Osage arts, she said. The audience members were deeply touched by the performance and by the Osage story it told. Approximately 200 children from different Pueblos and southwest tribes were in attendance and most had never seen a ballet, she said.

The Ballet has hopes to perform in Rolla, Mo., in 2017 when they unveil the Osage Trail Legacy statue in nearby Cuba. The Springfield, Mo., orchestra has said they would like to play the music for the ballet, she said.

“Our story touches people’s hearts and gives an understanding of what we as Osage have endured and the victories we have had. We are a strong Nation and the ballet has given us an artistic platform to define ourselves,” Tinker-Smith said.

In August 2012, the ballet debuted at Holland Hall in Tulsa and at the Bartlesville Community Center. The ballet performed in March 2013 at the Rasmuson Theater at the Smithsonian National Museum of the American Indian. In September 2015, the ballet traveled to Philadelphia to perform at the International Festival of Families where His Holiness Pope Francis was also in attendance.

Smith owns and operates the Dance Maker Academy, a performing arts academy in Pawhuska where she teaches classes for future generations of Osages in ballet.

The academy opened in 2014 with Smith instructing and Randy Tinker-Smith as director. The academy performs a ballet recital each spring to showcase their young ballet students.

The Dance Maker academy is a non-profit organization and donations from the Osage Nation and Osage Nation Foundation and private donors help to keep the ballet traveling to share the story of the Osage people on stage.

“Chief Standing Bear is a wonderful supporter of Osage art. We are so thankful to him, the Osage Nation Foundation, and Nancy Pillsbury Shirley for their continued support,” said Jenna Smith.