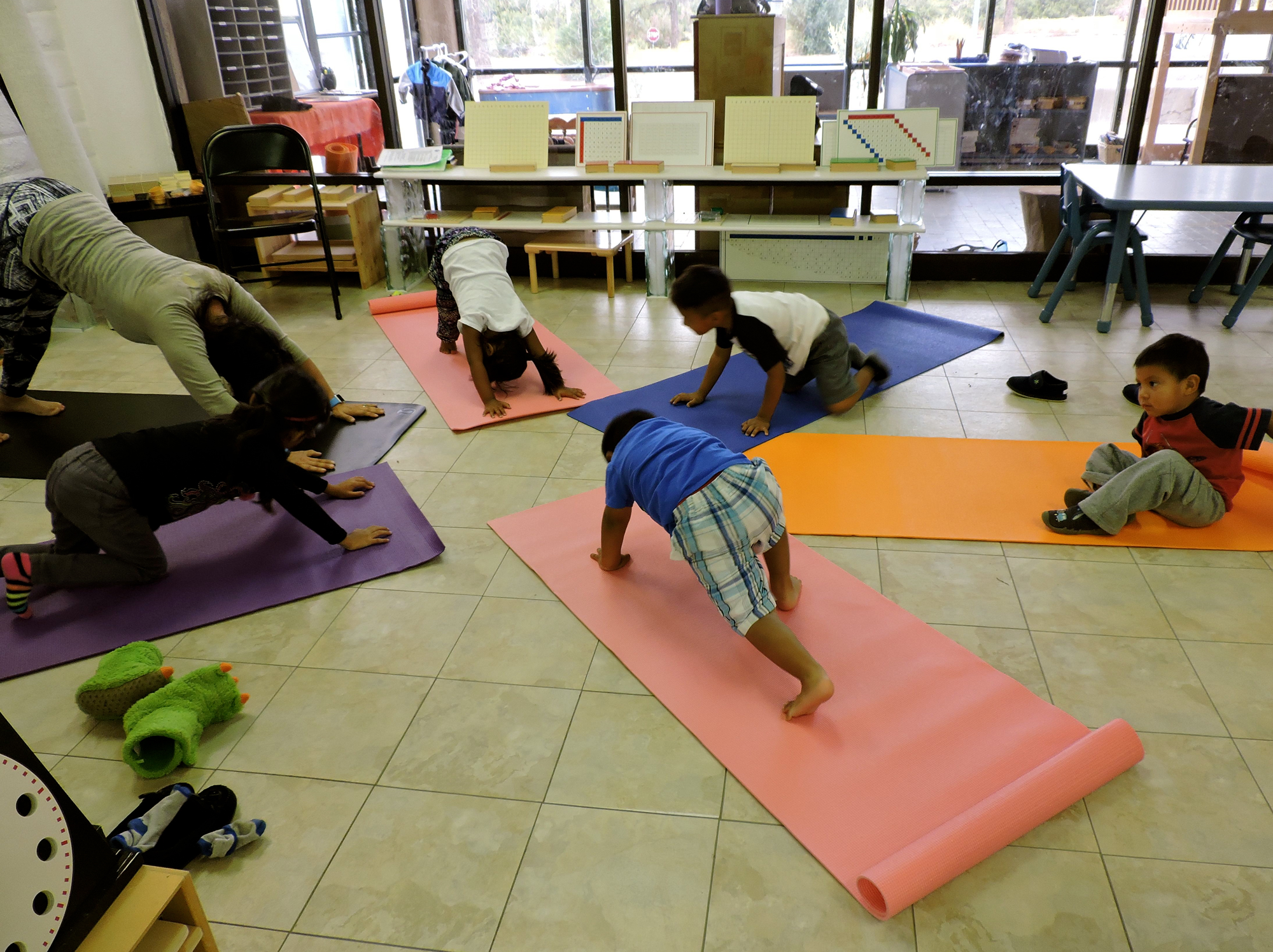 Health advocates and educators have long heralded the benefits of physical education for children. Even the First Lady’s Let’s Move initiative has challenged schools to rethink physical activity and nutrition as part of their students’ everyday lives.

But with tightened budgets and rigorous assessment standards, some schools have nearly phased out physical education and recess entirely. For schools serving primarily Native American students, the stakes are even higher with childhood obesity and diabetes at nearly epidemic levels in many tribal communities, and yet playgrounds and parks can be hard to come by if not at school.

In a report titled, “Shape of the Nation 2016,” released earlier this year by

Heart Association and Robert Wood Johnson Foundation — it found that most states are failing to provide students with a quality physical education (PE) program.

Moquino, who has taught in various public, private and Bureau of Indian

Education schools, said that when school priorities overlook PE, it creates a troubling situation for Native American families and communities.

“Even if the tribe values physical fitness, children can still be in schools that value testing and grades,” Moquino said. “This is really a fundamental issue because how can our children learn, read or write to their potential if they are not feeling good inside?”

Research shows that active kids perform better academically than their nonactive peers. Studies show that when kids participate in physical activity daily, there are immediate benefits to student behavior in the classroom, such as improved focus, cooperation and learning retention.

“The likelihood for learning to happen is better when children are receiving oxygen to their brain and there’s flow in their bodies,” Moquino said. “Not only is it easier for children to learn, but it’s also easier for teachers to guide their learning because they’re just happier.”

At Keres, students walk up to a mile and a half every day to the local playground for recess. Teachers also incorporate opportunities for student movement in lesson plans throughout the day.

In another part of New Mexico, Shauna Branch is the principal at Bernalillo Public

Schools, which serves a high population of Native students in an area north of

Albuquerque. Elementary students engage in one hour of PE weekly and 45 minutes of recess each day. Middle school students participate in a 50-minute PE class daily throughout the academic year.

Branch said Bernalillo students receive more PE time compared to other schools across the state. But she also estimates that roughly 20 percent of her students would be considered overweight or obese.

Nationally, nearly half of American Indian children are overweight or obese, a rate almost double that of their white peers, according to the 2015 “State of

Branch added that while the state does encourage PE programs, schools are not required to provide them, and the funding available is inadequate at best.

“I know for a lot of schools around the state, they’re lucky if they even have a PE teacher,” Branch said. “If there’s one frustration we have, it’s renewing our old PE equipment. I always struggle every year to get what we need.”

Meanwhile in Minnesota, the Nawayee Center School — an alternative charter school in Minneapolis that serves about 60 Native American middle and high school students each year — lacks gym facilities and a full-time PE teacher.

The state doesn’t perform an annual assessment of equipment or facilities for students to engage in physical education in schools.

To fulfill the need at Center School, school administrators are exploring a

possible partnership with the Minnesota American Indian Center (MAIC), which serves the city’s urban Indian community and is only a few blocks down the road.

“What we’re hoping for is a way to provide physical education opportunities for kids, not only just for school credit, but also to keep them more active,” said

nationwide of diabetes in the Native American community, and the two modifiable risk factors for diabetes are activity level and diet.”

Similar to Keres, the Center School takes a holistic approach to physical

education by weaving nutrition, exercise and health education throughout the students’ day.

While still in the early stages, Rice said collaborating with the MAIC could offer students a culturally relevant exercise space to play sports, learn traditional

“A good PE program isn’t presented as just physical education, like your pushups or running so many miles,” Rice said. “It’s carefully integrated with diet and mental, physical, emotional and spiritual health.”

This story was published in partnership with Voices for Healthy Kids.