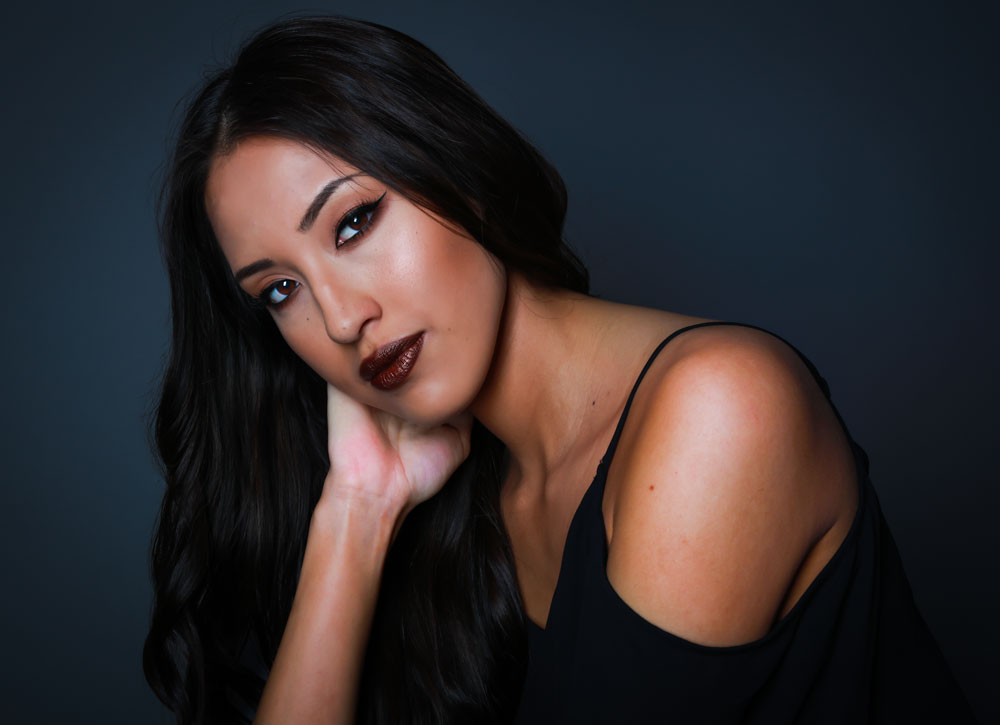 Erica Pretty Eagle Moore enjoys life to the fullest and is accepting of all opportunities that come her way. Her motto: you don’t know if you like it until you try it.

Since she has decided to try modeling, opportunities have been coming. Moore, 23, will be one of the models walking down the runway at this year’s Fashion Week San Diego, Fall Runway Shows, which takes place in La Jolla, Calif., Sept. 29 through Oct. 2.

“This is my biggest gig and I am looking forward to this experience,” she said. “I am so honored to be one of the selected models.”

She will be modeling for last year’s Top Designer of Fashion Week San Diego, B.JASH.I Designer Marcie Bain, where she will be featured as the finale model. Moore will be alongside other models coming from all over the United States to feature designs from 26 up and coming fashion designers.

Moore has always had a love for the arts, her father Ted Moore, Jr., is a well-known and respected Indian artist. She has dabbled in photography, Cinematic Arts and Animation. She graduated from Woodland High School in Fairfax, Okla.; attended classes at University of Central Oklahoma, Institute of American Indian Arts in Santa Fe, N.M., and Santa Fe University of Art and Design. She is currently attending classes in Graphic Design at Fort Lewis College in Durango, Colo. She is also a former Osage Tribal Princess.

Modeling is something that started out as helping her fashion and photographer friends while attending college in New Mexico. She became aware of many more fashion events and photographers during that process and did her first show and photo shoot in 2014. Ryan Young for Native Max Magazine discovered her and featured her in a full-page photo in the magazine. She has continued modeling and doing fashion shows and photo shoots ever since.

“My favorite part of modeling is connecting and crossing paths with so many talented and inspiring people who are all striving for the best and are very supportive of each other,” Moore said. “I love the exhilarating feeling I get after walking on the runway.”

As for pursuing modeling as a full time job Moore says she is focusing on enjoying every opportunity that she gets with modeling events. Whether she goes further or not in the industry she has had an amazing time participating and will continue if opportunities keep coming her way.

“Ted and I fully support Erica and her fashion modeling and we are proud of her. She has become a role model for other young Natives and strives to remain cultural and respect herself and our people,” said her mother Terry Mason Moore. “She has had challenges while also being a full-time graphic design student, but really enjoys the modeling events and photo shoots. We encourage all our children to take advantage of opportunities when they arise, and to do the best they can.”

Moore would advise young girls to take every opportunity that comes, large or small. She would encourage them to branch out and push themselves out of their comfort zone and experience modeling if it is their desire to be a model.