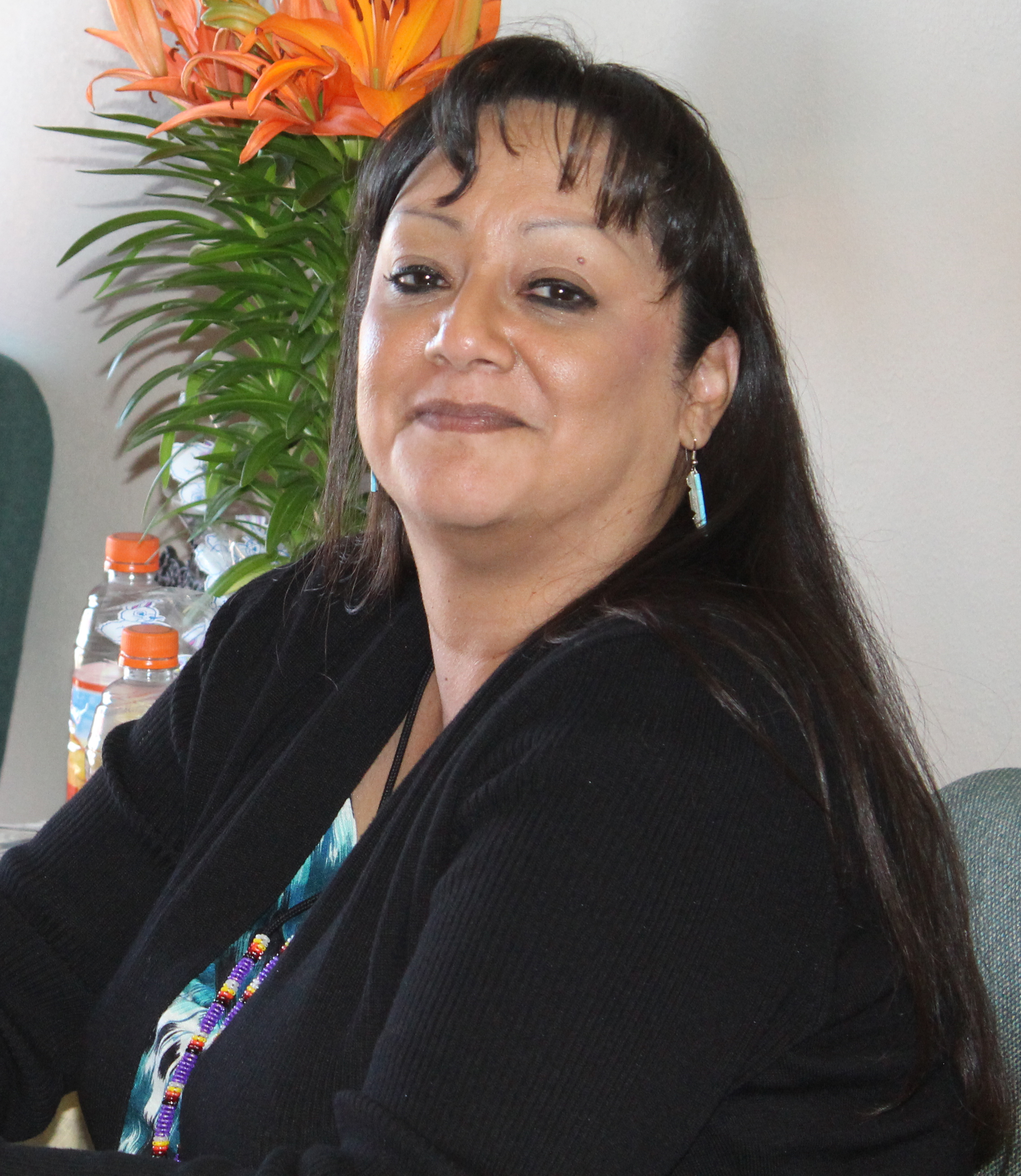 LaVina Clark is starting a new job with the Kaw Nation on Tuesday as its Indian Child Welfare caseworker.

Clark had been previously employed as the Osage Nation’s domestic violence coordinator for 11 years until being terminated on July 8 for insubordination and policy violations. She had received many accolades over the years for her performance as the coordinator of the Nation’s DV program.

“I was unjustly suspended and 10 days later terminated,” Clark said in a written statement to the Osage News. “Osage Nation policy was not followed on three different occasions. I have worked for the Nation for 11 years and never had a disciplinary action against me. I am well respected within the Tribe and community and my funding agencies.”

Clark said she loved her job, felt as if it was her calling in life, until her supervisor Brooke Ashlock was hired two years ago. She said a combination of old grudges and abusive behavior was displayed. Clark and Ashlock worked together under the Red Eagle administration until Ashlock resigned.

After her termination, Clark said she went through her due process and the termination was upheld. Clark said she felt as if she was tag-teamed by Ashlock and Manon Tillman, the Nation’s Health and Wellness Division leader, who has also been in her post for about a year.

Clark’s termination was upheld after a grievance hearing.

Clark said she came to the Osage News because Ashlock lied to Tillman and the grievance officer about all incidents relating to her termination.

The Osage News reached out to Counseling Center staff members to corroborate Clark’s claims. One member declined an interview, saying Ashlock was trying to terminate the member. The three other members did not respond. However, signed witness statements from three of Clark’s colleagues were presented at the grievance hearing and backed Clark’s assertions.

The Osage News reached out to Ashlock and Tillman for comment and received an emailed press release from the Nation’s Attorney General’s office on Sept. 29. It read:

Clark provided the Osage News with documents from her grievance hearing that included three employee written warnings from Ashlock and Tillman, witness statements from colleagues regarding Ashlock’s behavior, such as hanging up on telephone conversations, screaming at employees over the phone and special rules for Clark she did not exercise on other employees. According to the documents, Clark was written up for insubordination (she asked Tillman why she believed Ashlock’s lies), and failure to complete a Grants Adjustment Notification (GAN) for a Victims of Crime Act (VOCA) grant.

Clark said she was working on the GAN with a Grants Management employee when Tillman told her she was terminated and that her personal belongings were at the police station.

Clark emailed the Nation’s Whistleblowers Hotline, but nothing came of it, she said.The Osage News requested comment from Kelly Corbin, who chairs the whistleblower committee, but he did not respond before publication of this article.

Clark said Tillman had planned to move the DV program under the Community Health Representatives (CHR) program. That did not happen, and Olivia Gray was named acting domestic violence coordinator on Aug. 29.

After Clark was terminated, she said she called the Counseling Center to determine when she could retrieve personal items from her office. She said she was told Ashlock had taken those items to the Osage Nation Police Station. That violated Human Resources policy, she said.

In the event of involuntary terminations, the ON Human Resources manual says on page 45: “Terminated employees will be accompanied to their workstations by a representative from the HR Department while removing personal effects.”

Clark said she went to the police station to get her belongings but noticed that a black zip-up folder was missing. She said that it contained all disciplinary actions against her by Ashlock and Tillman, emails regarding the grants adjustment notification, witness statements and other evidence she wanted to present in her grievance hearing.

According to an incident report filed July 9 by ONPD Officer Rhoda Holleman, Clark asked the ONPD to retrieve the folder from the Counseling Center. Officer Holleman went there and was told by a staff member that Clark’s office was locked and that only Ashlock had the key, the report said.

“Ms. Ashlock stated [to Holleman] Ms. Clark was a terminated employee and the black zip-up folder was property of the Osage Nation. She further stated the folder may contain information pertaining to clients that are confidential and until she looked in the folder she could not be sure the information inside was personal property of LaVina Clark,” according to the report.

Ashlock told the officer that she was busy, that she did not have time to check the folder’s contents by the end of the day, that she would be out of the office the following week for training and would be unable to look at the folder until her return, according to the report.

The officer spoke with Chief Nick Williams, and he called the Nation’s director of operations, Casey Johnson, the report said.

Their conversation was put on speakerphone, and the officer heard “Mr. Johnson direct the police department to return the property to Ms. Clark. Chief Williams directed me to get the folder and place it in the box of personal items of LaVina Clark that were at the police department,” the report said.

Officer Holleman returned to the Counseling Center, the report said.

“It was at this time I went to Brook [sic] Ashlock and advised her she would need to give me the black zip up folder per the instruction of Casey Johnson and Chief Williams. Ms. Brook [sic] Ashlock told me she would not turn over the black zip up folder. It is at this time I asked Ms. Ashlock if she was Native American. Ms. Ashlock declared to be Osage Indian and she wanted to know why I asked. I told her I was inquiring to determine jurisdiction of the Osage Nation,” the report said.

According to the report, Ashlock called a woman she said was her boss and after a few phone calls to the woman the woman told Ashlock to turn over the folder. Ashlock said she didn’t know if anything in the folder might violate the confidentiality of clients, HIPPA laws or information on federal grants.

The officer said it was a civil conflict over property and the owner could not be determined. The officer offered to seal the folder in an evidence bag and put it in ONPD’s evidence locker until someone could determine the owner of the contents inside. Ashlock agreed.

According to the report, later that day Clark went to the police station to retrieve the folder and Chief Williams and the officer looked through the folder’s contents and determined it was the personal property of Clark. She said she also had a stencil notebook that was missing and gave the officer her office door key because she had not returned it yet. The officer went to the Counseling Center, gave the key to an employee who went in Clark’s office and retrieved the stencil notebook, which was returned to Clark.

Clark said she does not want her job back and is very saddened that her Osage people would treat her this way. On the day she was fired, Clark visited Johnson in his office and he apologized on behalf of the Nation on how she was treated and she really appreciated that, she said. The Osage News called Johnson to verify or deny the comment and he emailed back that he could not comment on personnel issues.

While Clark worked for the Nation, she said she helped to develop the Nation’s first SAFESTAR program, which stands for Sexual Assault Forensic Examination, Support, Training, Access and Resources. She said she helped to design a new domestic violence shelter and was nominated for Advocate of the Year in 2013 and 2014. She said she has held candlelight vigils for sexual assault victims, organized community awareness events such as the Men’s Pancake Breakfast, Honoring Osage Sisters Day Dance, Six Nations Walk and Walk a Mile In Her Shoes.

Clark is a survivor of domestic violence and has used her experiences to help survivors through situations with which she is familiar, she said. October is Domestic Violence Awareness Month, and she said she can’t wait to get started at the Kaw Nation.

She wrote that she has worked with amazing people over the years. As for the hundreds of survivors she said she has helped, she hopes that they remember the tools she gave them — to see red flags in potentially abusive relationships, set boundaries, keep communication open and remember their worth.

“After putting in 11 years, it doesn’t matter how hard people work,” Clark said. “I was blessed to have a job that I loved, and working for my tribe was the topping on the cake. I hope and pray that how I was treated, no other Osage will have to go through that. Policy was repeatedly broken.”