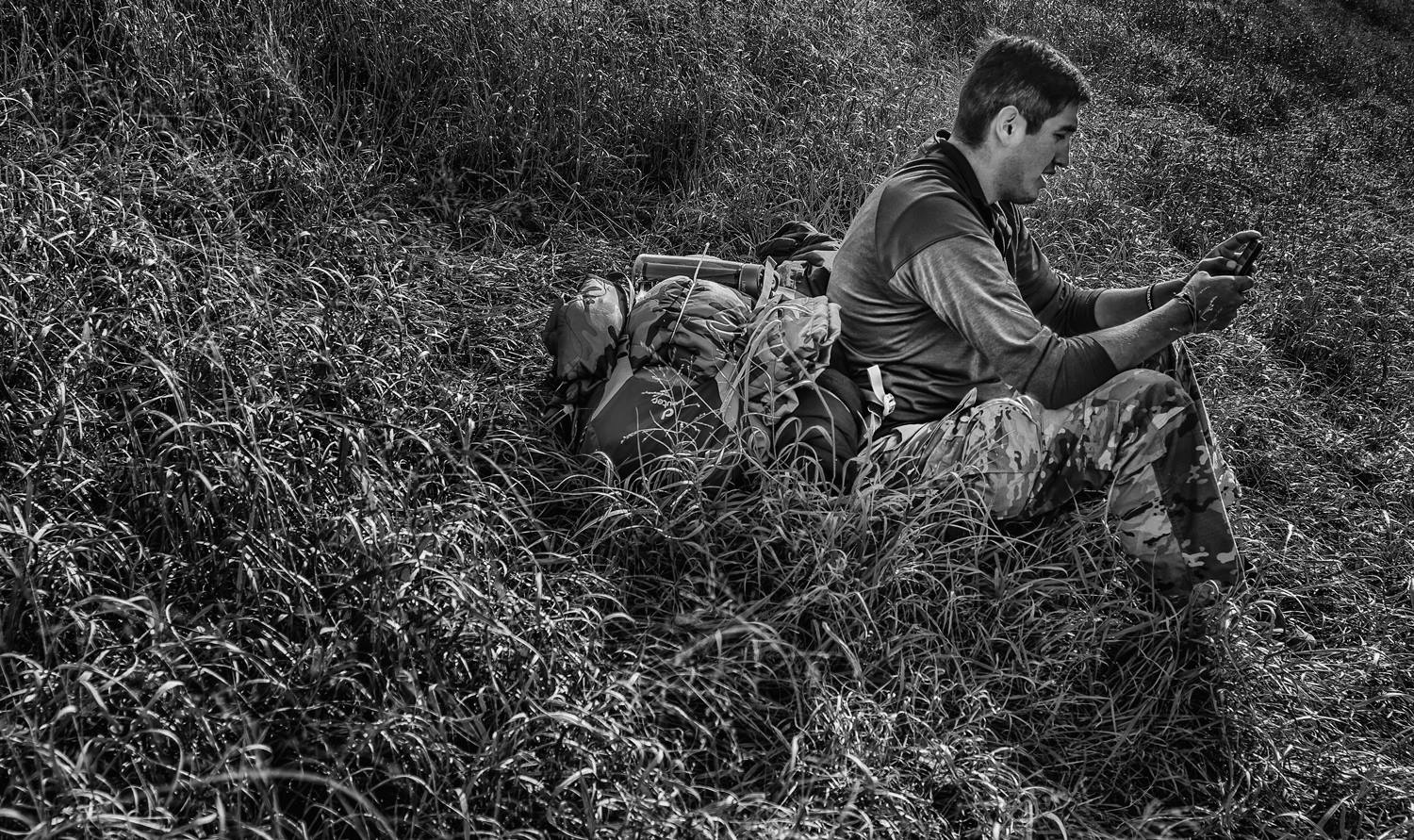 Osages have followed Chris Turley’s journey on social media since he left on foot from Pawhuska Nov. 17 and said he was walking to the Standing Rock Sioux Tribe’s reservation in North Dakota.

Turley, an Osage tribal member and veteran who was wounded in Afghanistan, walked over 250 miles to join the Veterans Stand for Standing Rock who will be on the front line of the protest against the Dakota Access Pipeline.

The pipeline, protested by thousands, is scheduled to be drilled under Lake Oahe, a Missouri River reservoir near the Standing Rock Sioux Tribe’s reservation. Protestors argue that if the pipeline were to break, it would pollute the tribe’s main water source. They also say it is a violation of treaties, Nation-to-Nation consultation, sacred burial sites and other federal laws.

Turley reached the Oceti Sakowin (Seven Council Fires) camp on Nov. 30. Through a Facebook Live video shot by Bucky Harjo, the Osage Nation watched as members of the camp welcomed him with song, prayers and gratitude.

Turley has used Facebook, Facebook Live, Instagram and Snapchat to track his journey and thousands are following. There are memes with Turley’s image with messages of honor, valor and gratitude.

“As promised ... I started the journey walking and I’m going to finish this journey walking,” Turley said in a Facebook Live video of the final mile to the Oceti Sakowin camp. “Want to thank everyone that supported me along the way ... all the comments, messages, sharing, if you did a financial support to the Go Fund Me account, thank you very much for that ... it really means a lot to me to be on this journey.”

He also thanked his three daughters in the video and said he would be home soon after his journey was complete.

Along his journey he was hosted by numerous tribal nations. Families hosted him in their homes and gave him supplies and good wishes.

He is one of reportedly 250 U.S. veterans who are in Cannon Ball to protect the Water Protectors who have been pummeled with rubber bullets, sprayed with tear gas and water cannons by officers with the Morton County Sheriff’s Office.

A spokesman for the Veterans Stand for Standing Rock said they would be wearing protective gear to deflect the rubber bullets and water cannons for the protectors on the front line.

On Dec. 4, the U.S. Army Corps of Engineers denied an easement for the Dakota Access pipeline company, Dallas-based Energy Transfer Partners, according to an Associated Press article.

According to a news release, Assistant Secretary for Civil Works Jo-Ellen Darcy said her decision was based on the need to “explore alternate routes” for the pipeline’s crossing. U.S. Secretary for the Interior Sally Jewell said in a statement that Nation-to-Nation consultation with tribal leaders and tribal rights reserved in treaties and federal law “are essential components of the analysis to be undertaken in the environmental impact statement going forward.”

Many of the Water Protectors have stated they are not leaving the site, even though the temperatures are reaching -20 degrees at night.