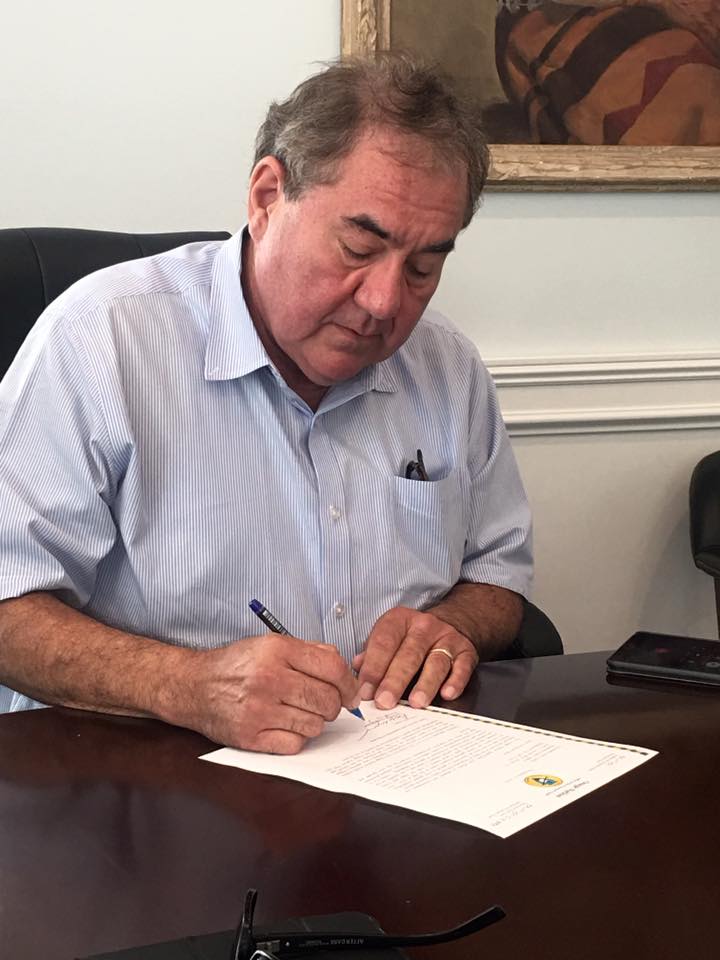 The Oklahoma state gaming compacts for 39 tribes in Oklahoma will expire in 2020. It may seem early to begin negotiations with Gov. Mary Fallin, but if the previous compact negotiations are any example, the process could take years.

The Indian Gaming Regulatory Act of 1988 and an Oklahoma statute define the gaming compact process, and the first step is a formal letter sent by a tribe to the governor requesting a meeting. Principal Chief Geoffrey Standing Bear sent that letter on Nov. 16. The governor has six months to respond, according to the IGRA.

“The first compacts in Oklahoma were suggested in 1989, and it took until 1994 for them to be concluded,” Standing Bear said. “There was another effort in 1997 that wasn’t concluded until 2006. There are so many different mechanisms to them, they can take years. You can never be too far ahead of it.”

The Osage Nation’s current gaming compact was finalized in 2005 and is nearly identical to the Cherokee Nation and Muscogee (Creek) Nation’s gaming compacts. The Osage, Cherokee and Creek compete in the Tulsa gaming market on the eastern side of the state. All three tribes pay a monthly amount to the state, as well as Fair Meadows race track in Tulsa and the Oklahoma Horse Racing Association (OHRA).

There are three classes of tribal gaming. Both Class I (traditional/cultural games) and Class II (bingo) is regulated by the tribe and does not need a state gaming compact. Only Class III gaming, which includes Vegas-style games such as slot machines and table games, require a compact negotiated with the state.

“My proposal, as I’ve stated to the chiefs of the Creeks, Cherokee, and others, is that we maintain the same percentages and formulas so we can rely on the income we have now,” Standing Bear said. “But, we expand allowable covered games in the compact to anything that the courts or the lawyers, governor, or us, or whoever needs to say, are legal games ... including roulette, and other casino-type games. So, that would benefit Oklahoma, it would benefit us, because we get more play and we can attract more out of state people.”

He said other tribal leaders from the Choctaw, Chickasaw, Cherokee and Absentee Shawnee, have expressed they want the gaming compacts to roll over and stay the same, but according to the Nation’s lobbyist, Fair Meadows and the OHRA are most likely going to ask for higher percentages from the tribes in 2020.

“So that means you have all the state senators and all the state house going to have a say so. So, if you go on the same path as last time, I don’t want to do that. Right now, as the law sits today, we can go ahead and negotiate with the governor without going back to the legislature, and we have to get it to (DOI) and decide what they’ll do,” Standing Bear said. “If you wait two years to do this, you’re up against the wall. If you’re a smaller or mid-size tribe, we’re liable to fall into the same trap as last time, which is what does Cherokee, Chickasaw and Choctaw want.”

According to the IGRA and Oklahoma statute, once a tribe and state come to an agreement on a gaming compact it must be sent to the Secretary of the Department of Interior for approval, then it must be approved by the governing body of the tribe, which would be the Osage Nation Congress in the Nation’s case. Then, the Oklahoma state legislature and state senate must approve it before its finalized and made into law.

Standing Bear said he will be seeking the advice from the Nation’s Gaming Enterprise Board, the Osage Casinos CEO, and the Nation’s gaming legal counsel, but the negotiations are conducted through him.

The Nation is in good shape with Gov. Fallin and Oklahoma’s republican legislature and senate, Standing Bear said. The Nation’s lobbyist has been making strides on that front to help with negotiations.