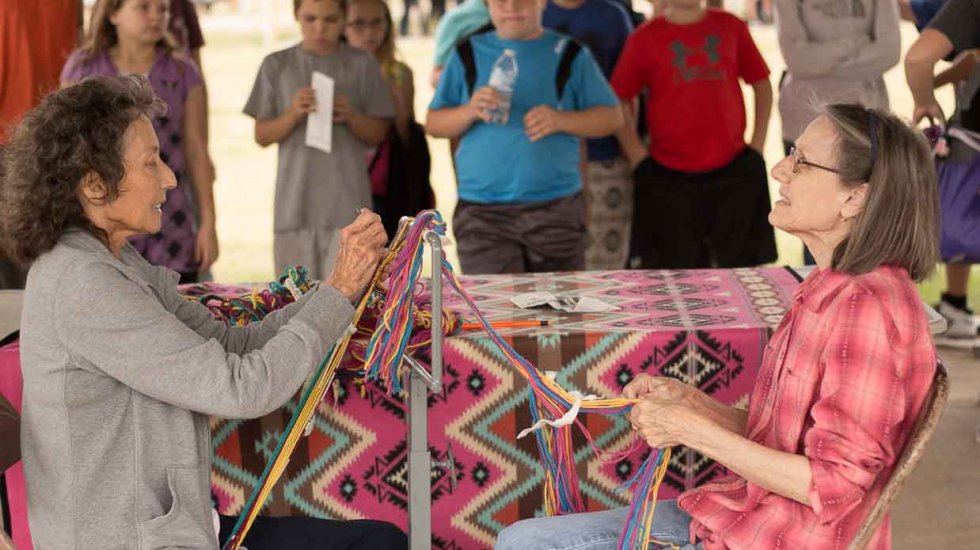 Davy Jeanne Watts, lifelong resident of Fairfax, passed away at her home Sunday, Dec. 4, 2016 surrounded by her loving family. She was 69 years of age.

Davy was born July 18, 1947 in Pawhuska, OK the daughter of Theodore Eugene Hazelbaker and Mary Jane Black Hazelbaker. Papa Tee always called her his “birthday present.” She was a 1965 graduate of Fairfax High School and attended Northern Oklahoma Junior College.

She married Curtis Wayne Watts on August 19, 1966 at Sacred Heart Church in Fairfax. Her greatest enjoyments were her children and grandchildren, rarely missing any of their activities. Davy was highly skilled in Osage finger weaving and ribbon work and taught those skills to others at the Osage Language Center in Fairfax. She was the owner/operator of Papa Tee’s screen printing shop.

She is survived by her three sons: Timothy Wayne and wife Rachael of Sand Springs, Jeffrey and wife Kasey of Glenpool, and John and wife Andrea of Fairfax and seven grandchildren: Elizabeth, Ava, Mason, Anna, Claire, Faith and Aaron. Davy also is survived by her siblings Judy and Leo Johnson, Ted Hazelbaker, Jr., Theresa and Dennis Hutcheson and her sister-in-law, Mary Jo Webb, all of Fairfax, Aunt Kathleen Black of Oklahoma City, and numerous other extended family and friends. She was preceded in death by her parents, husband, and beloved sister, Christine.

A Rosary service will be held at 7 p.m., Sunday, December 11, 2016 at Sacred Heart Catholic Church, Fairfax. Funeral Mass will be officiated by Fr. Christopher Daigle on Monday, December 12, 2016 at 1 p.m., followed by burial in Fairfax Cemetery under the direction of Hunsaker-Wooten Funeral Home.

Memorial contributions may be made to Sacred Heart Catholic Church.

Online condolences and memories may be shared at: www.hunsakerwootenfuneralhome.com