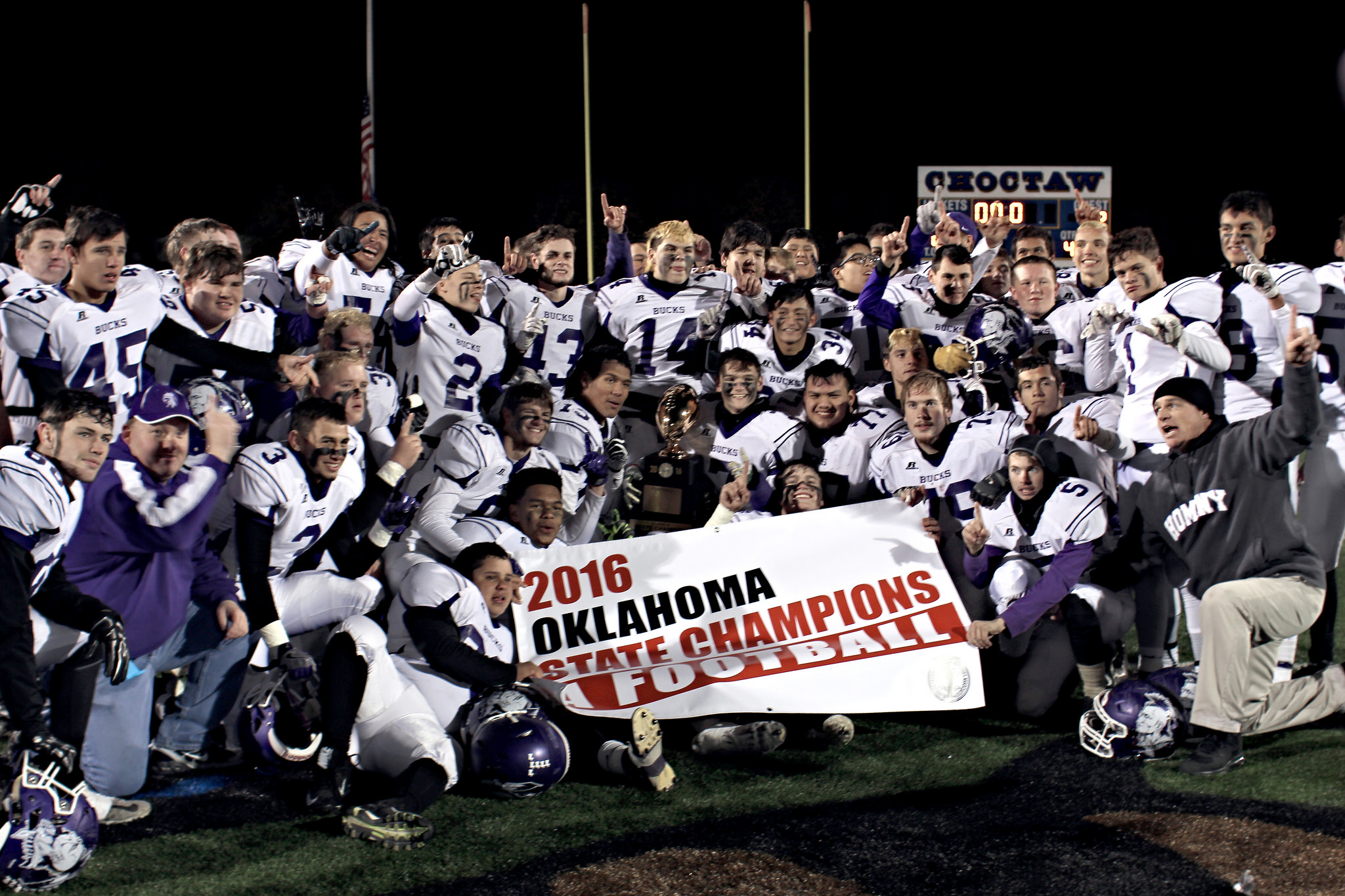 CHOCTAW, Okla. – Parents, students and alumni filed into the Choctaw High School stadium on Friday to watch the Hominy Bucks pummel the Wynnewood Savages for the Class A State Championship.

In a 42-14 victory, the Bucks ended their season undefeated.

“It was an excellent time to be alive, watching the time count down to the last minutes of the game, knowing we were State Champions,” Cameron Bills said, Osage tribal member and Hominy Bucks senior.  “And, I am happy we came home with the gold ball because that was our goal since the start of two-a-day practices.”

The crowd cheered on the Bucks from start to finish, even when the temperature fell below 30 degrees.

The Bucks ended the first quarter with a score of 14-0. By the end of the second quarter the Bucks had taken on a huge lead of 35-7. In the third quarter the offense and defense gridlocked and the score remained 35-7. The fourth quarter, both the Bucks and Savages scored and ended the game with a final score of 42-14.

Winning the Class A State Championship this year makes five football state championships for the Hominy Bucks in their school history. They won in 1973, 1982, 1983 and 2001.

“It was very gratifying to work with other coaches and players, and it was very gratifying to know our efforts paid off,” Harmon said. He also said that 15 seniors would be graduating this year. However, the younger players got quite a bit of playing time and experience from this championship season, so he is hopeful for next year’s team.

As the clock wore down to zero, the crowd roared with excitement. The players looked at the clock waiting for the final horn to blow and when it did players hugged, fans cheered and pure happiness shown in their faces.  They rushed the field in victory to celebrate with one another and with their families.

“It was an awesome event and to my knowledge the first undefeated team from Hominy to win a State Championship,” said Gregory Kidder, a Hominy alumnus. “I am always proud of the kids, and they have always been a great bunch of kids. Some have played together since elementary school; it was a well-deserved win.”