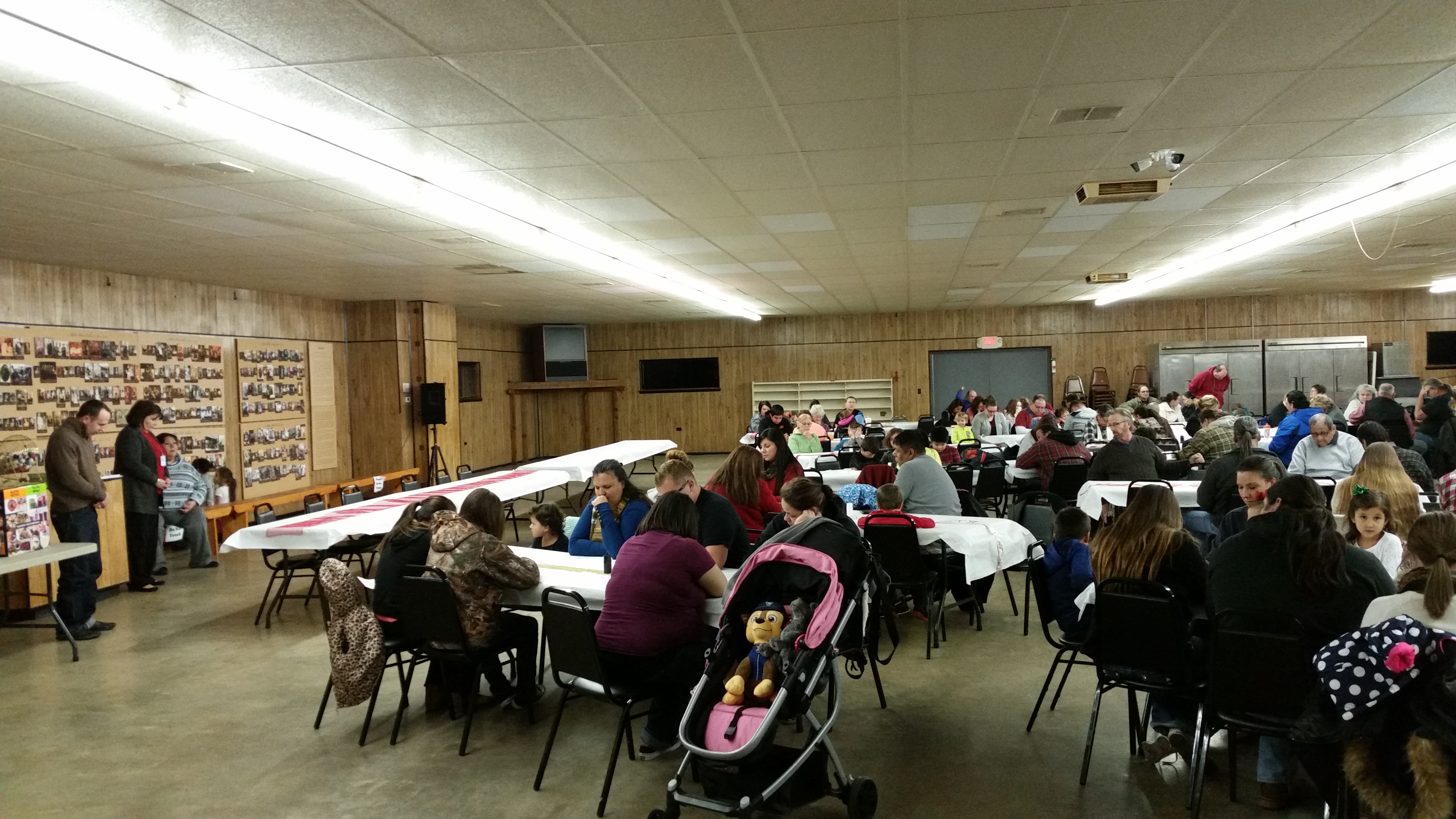 The Pawhuska village Five-Man Board hosted its annual Christmas party for its residents at Wakon Iron Hall on Dec. 19.

The event opened with one business item for the Five-Man Board to consider since the party fell on a regularly scheduled board meeting night. The board members voted unanimously to donate $500 for the annual New Year’s Eve handgame, which will be held Dec. 31, also in Wakon Iron Hall. Chairwoman Paula Stabler entertained the motion, which was made and approved by board members Ryan RedCorn, Patrick Luey, Kathryn Redcorn and Marjorie Williams.

Afterward, the scores of attending village residents enjoyed a dinner with desserts and side dishes prepared by residents. The residents also played bingo for prizes purchased by the board. The Five-Man board also provided $100 Walmart gift cards to each village house and the younger children received goody bags filled with candy, fruit and nuts.

“Osage Santa Claus” also made his yearly appearance and listened to the children’s Christmas gift wishes and said he would surprise those who were undecided.