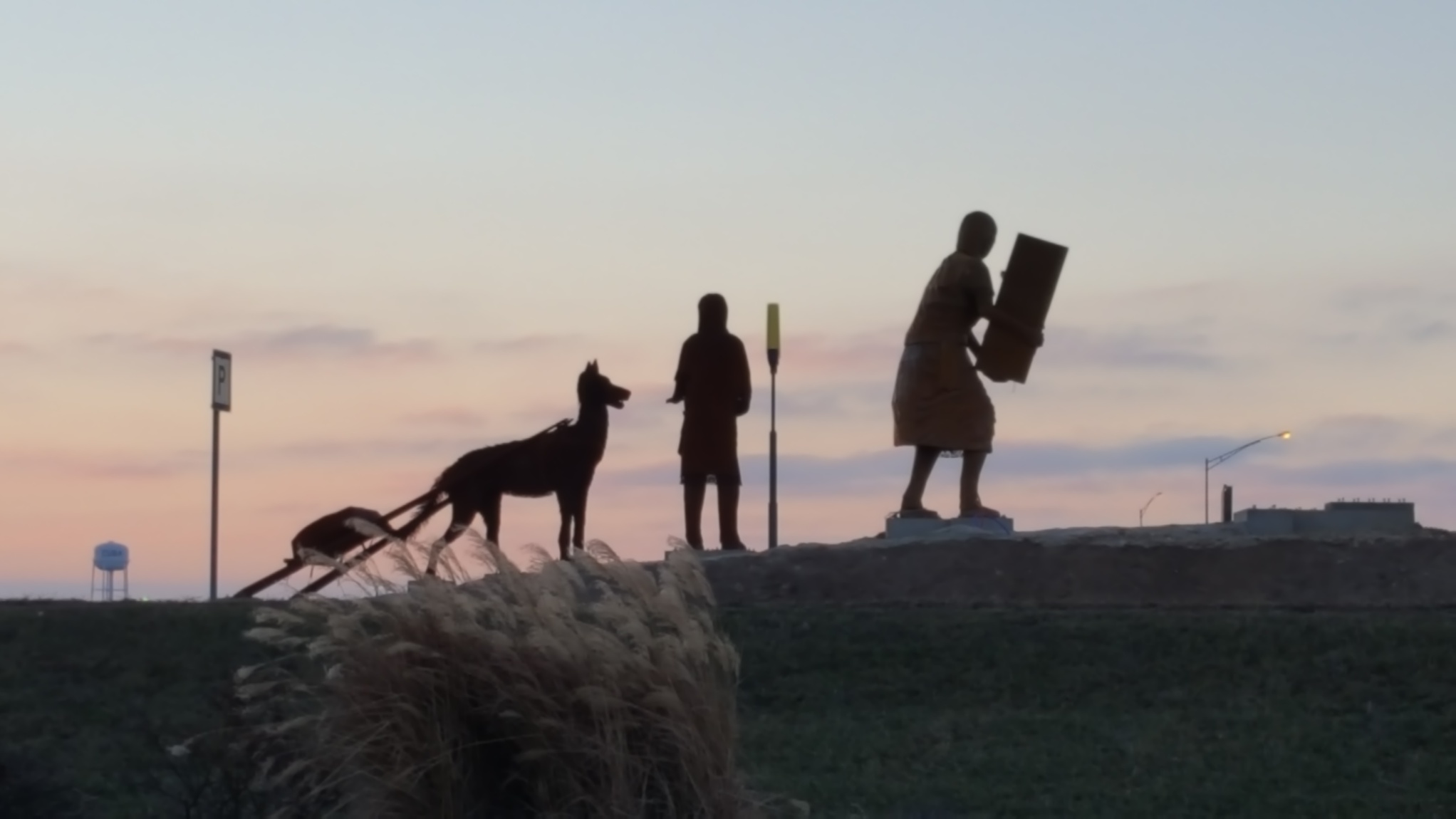 Osage Nation officials traveled to Cuba, Mo. to witness the second phase unveiling of the 35-foot steel Osage Trail statue that located off Interstate 44 to commemorate the Osage history in the region.

The Osage Trail Legacy statue is located at the Cuba Visitor’s Center off I-44 at Highway 19 and is described as a sculpture that celebrates the history and legacy of the Osage Nation, according to the project website.

“We are so pleased to see this beautiful, bronze statue to stand as a testimony to the rich history this area has that is tied to the Osage people,” Standing Bear said in a statement. “I know this monument will teach both Native Americans about their storied past as well as educate the general public about the roots of this Nation. We want to thank everyone in the Cuba community who helped make this statue and this educational effort possible.”

The Osage Trail Legacy $500,000 statue project launched in 2015 thanks to local Cuba fundraising efforts. The sculpture depicts an Osage family moving westward on the Osage trail, according to the project website. Statue pieces of an Osage girl and a wolf were erected in August 2016 and the final phase featuring a leading Osage warrior will be installed this fall.

According to a news release, the Osage Trail began as the natural route that buffalo and other migratory herd animals took each year, followed closely behind by the Osage and other Native American tribes that hunted these herds for survival. Long after the Osage Trail was established, the route also was used as the template for the path for first the historic Route 66 and later Interstate 44.

“The Osage Trail has helped shape how people traveled for hundreds of years – from buffalo hunters to modern-day travelers,” Chief Standing Bear said. “The influence of the Osage Nation is being recognized today with this statue, and we are proud of both our impact on history and our ability to erect a reminder of that today.”

Also in a statement, Cuba Mayor Ray Mortimeyer said: “We couldn’t be more pleased with the beautiful, and historically significant, statue the Osage Nation has erected in Cuba. We look forward to this being the first in a long line of civic and cultural additions to Cuba and those areas that are located on the Osage Trail.”